A Delmarva fox squirrel pauses to groom while foraging in the forest understory at Blackwater National Wildlife Refuge in Dorchester County, Md., on June 8, 2019. Delmarva fox squirrels can often be seen walking along the ground, as opposed to jumping from tree to tree like other squirrels. Populations were reduced by habitat loss, to the point that the species was listed as federally endangered, but efforts by the U.S. Fish and Wildlife Service to expand their range have proven successful, and the Delmarva fox squirrel was de-listed in 2015. (Photo by Will Parson/Chesapeake Bay Program) 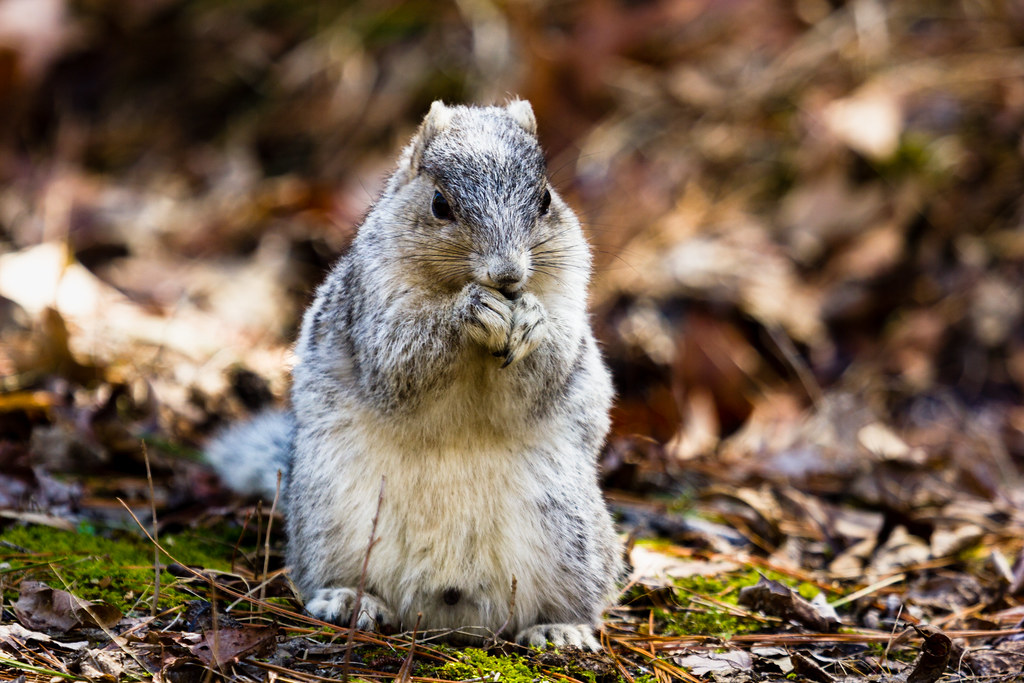 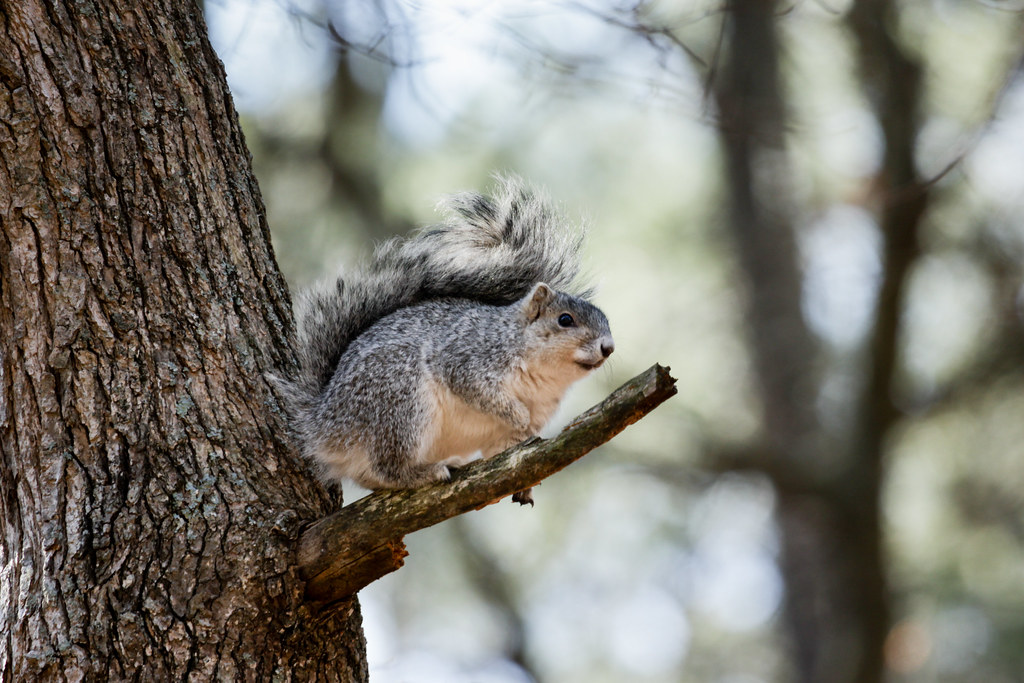 Although Delmarva fox squirrels spend a considerable amount of time on the ground, they may also be found in trees, just like the more common gray squirrel. Above, a Delmarva fox squirrel is seen at Blackwater National Wildlife Refuge in Dorchester County, Md., on March 5, 2013. (Photo by Steve Droter/Chesapeake Bay Program)

The Delmarva fox squirrel is a large, gray squirrel that lives in quiet forests on the Delmarva Peninsula.

The Delmarva fox squirrel has a steel or whitish gray body and a white belly. It has short, thick, rounded ears. Its full, fluffy tail has black edgings and can grow to 15 inches long. The fox squirrel can grow to 30 inches in length and weigh up to three pounds.

Humans are major predators that have caused habitat loss through development and logging. Red foxes, minks, weasels, raptors, and unleashed dogs and cats are natural predators. Raccoons, opossums and rat snakes may prey on young squirrels.

Delmarva fox squirrels will make a series of barks or chatters, similar to those of an eastern grey squirrel, when alarmed. They also make loud chewing sounds when feeding and a series of whines or screams during courtship.

Mating occurs in late winter and early spring. The squirrel usually makes a den in a tree hollow but will also nest on a tree crotch, in tangles of vines on tree trunks or at the end of large tree branches. About 44 days later (usually in February to April) the female gives birth to a litter of one to six young. The female cares for her young until they are weaned. Young reach sexual maturity after one year. Delmarva fox squirrels can live to six years old.