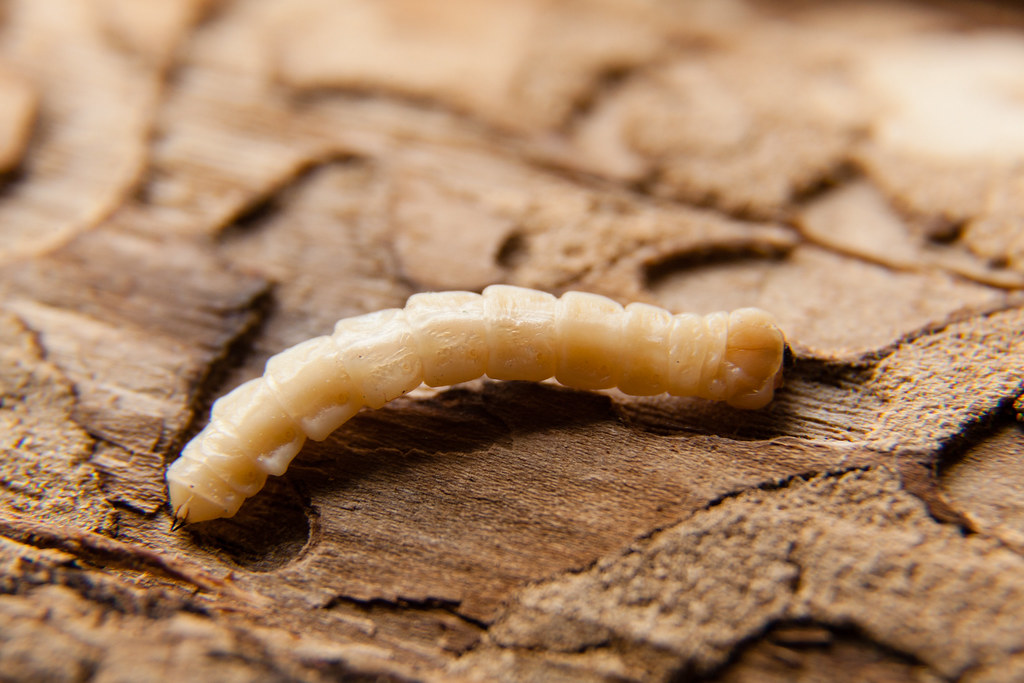 A preserved emerald ash borer larvae is seen at the University of Maryland in College Park, Md., on June 28, 2016. (Photo by Will Parson/Chesapeake Bay Program) 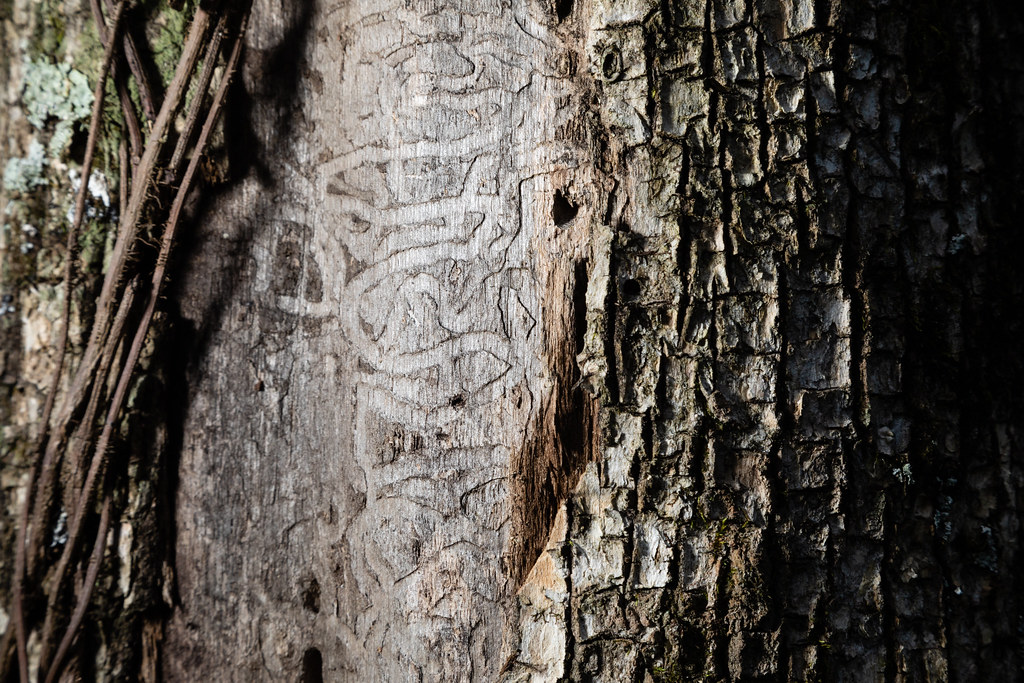 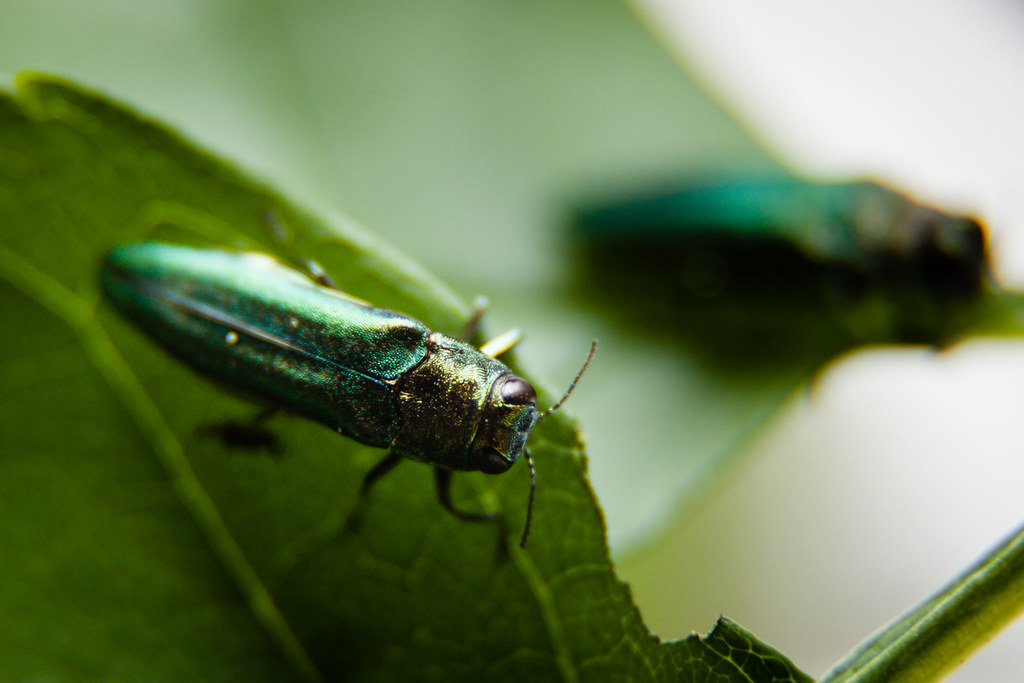 An adult emerald ash borer is seen in captivity at the University of Maryland in College Park, Md., on June 28, 2016. Since first being confirmed in Michigan in 2002, the invasive insect has spread to 35 states in the eastern United States. Its have decimated ash tree populations by feeding inside the bark, cutting off the flow of nutrients until trees die. (Photo by Will Parson/Chesapeake Bay Program) 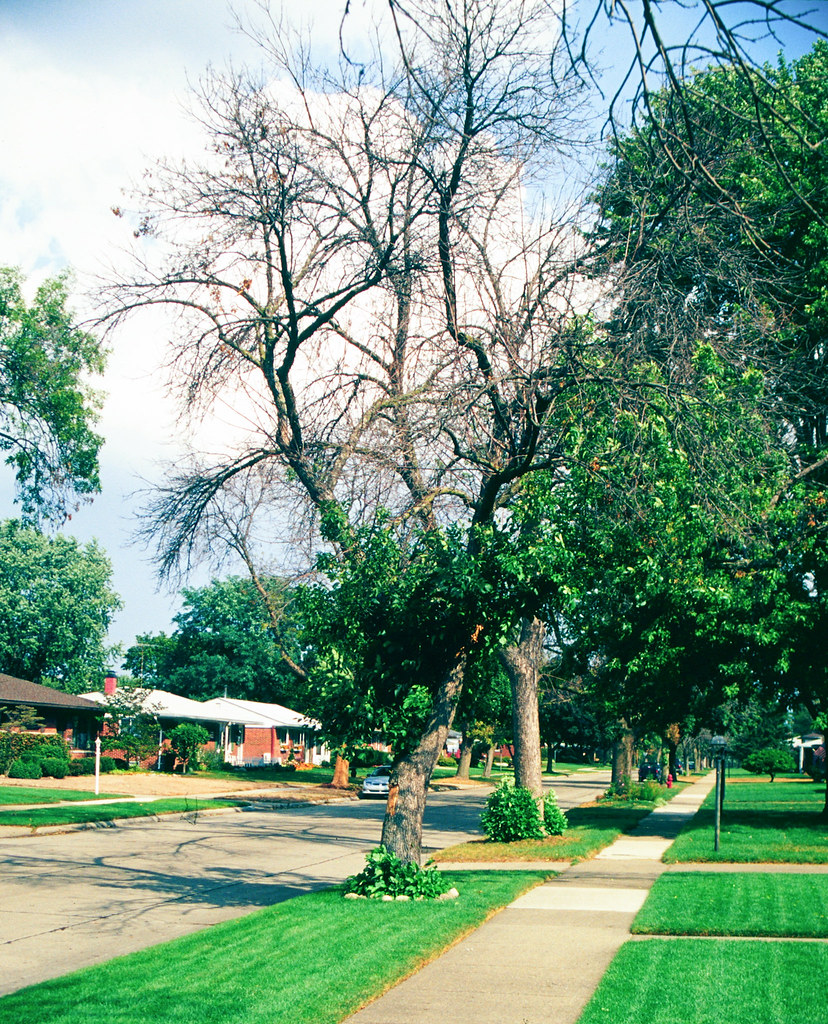 The emerald ash borer is a green, shiny beetle that lives on ash trees in certain parts of Maryland, Virginia and Pennsylvania. It is an invasive species.

The emerald ash borer has a metallic, bright green body, a flat back and a rounded belly. It grows up to one-half inch in length.

Adult emerald ash borers eat ash tree leaves. Larvae feed on the nutrient-rich tissue just under the ash tree’s bark, forming S-shaped lines in the tree. This feeding process disrupts the trees’ ability to move food and water from its roots to its leaves, eventually killing the tree.

Because they are a non-native species, emerald borers have few natural predators in the Chesapeake Bay watershed. However, woodpeckers do prey on emerald ash borer larvae. Heavy woodpecker damage on an ash tree might be one sign that the tree has been infested.

Between May and June, adults emerge from ash trees, leaving D-shaped exit holes in the trees. Females lay their eggs on ash tree bark between mid-May and mid-August. After the eggs hatch, larvae burrow under the bark. They feed on the tissue that carries food and water up and down the tree, which starves the tree to death. Larvae remain in the ash tree through the winter.