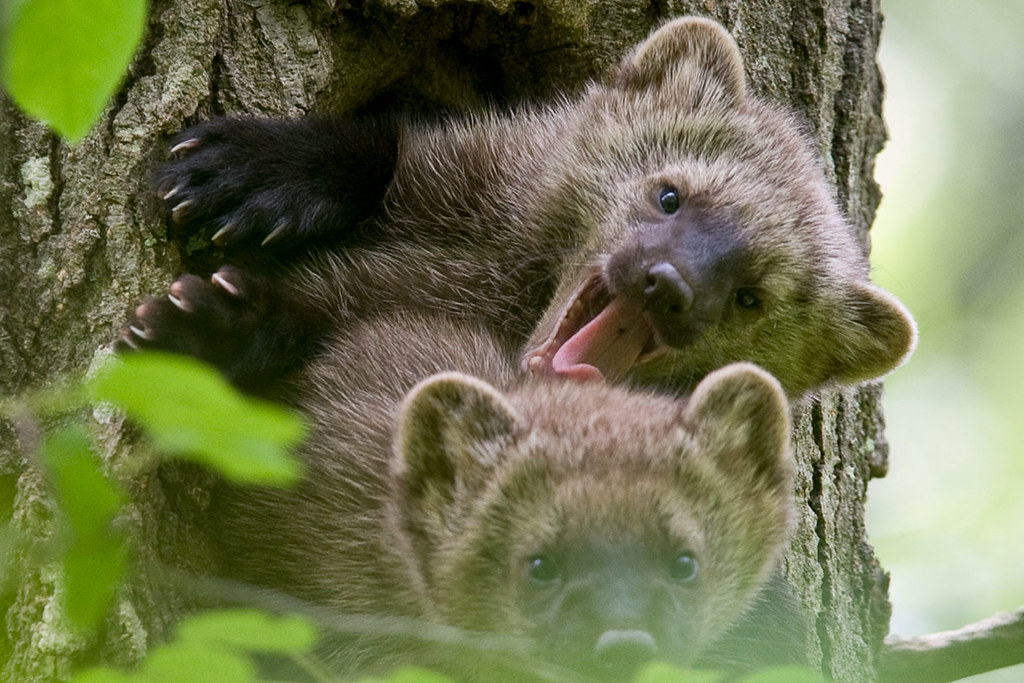 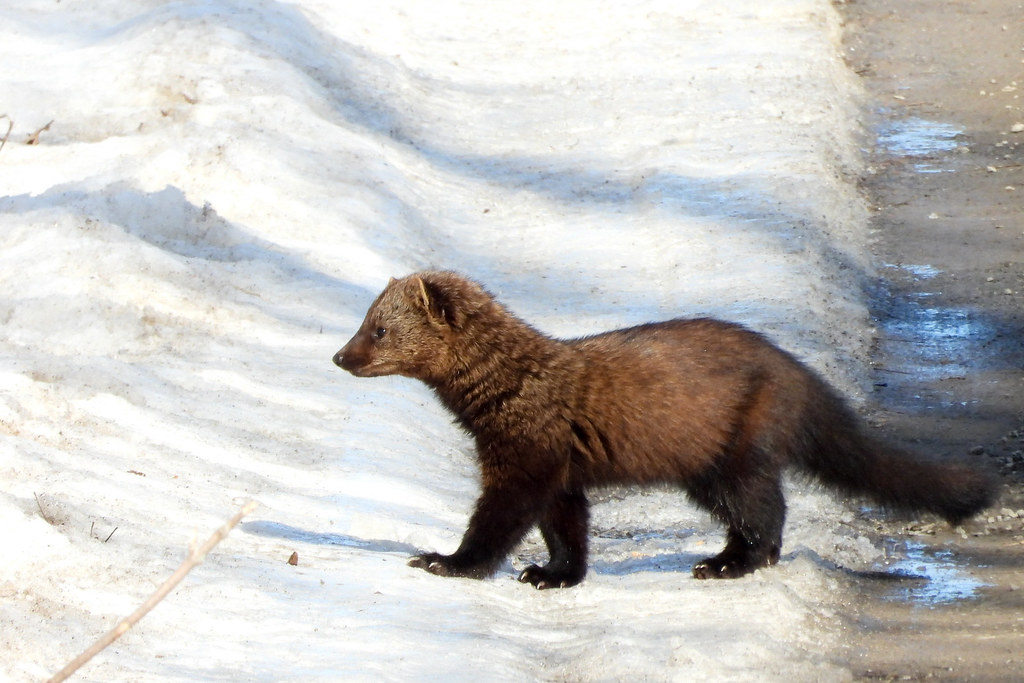 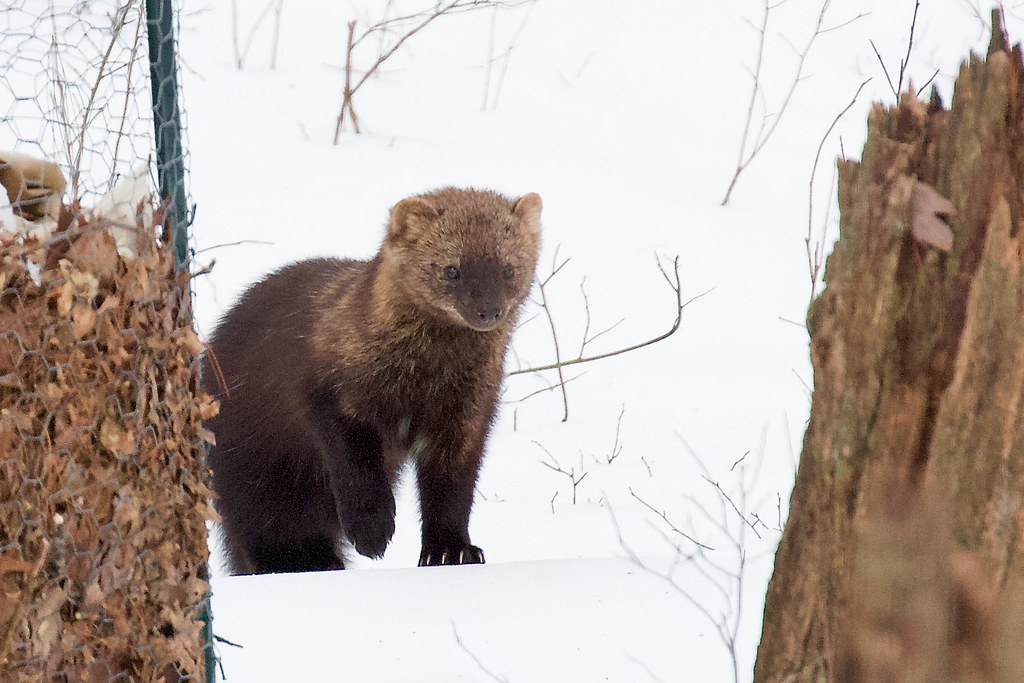 The fisher is a dark brown furry predator about the size of a house cat. It can be found in coniferous forests throughout the Chesapeake Bay watershed.

The fisher is a brown furry mammal with black bushy tail and short black legs. Sometimes, it will have a whitish patch on its chest. Fishers are part of the weasel family and have a similar long body shape. They are about the size of a house cat. Males are larger and tend to weigh around 12 pounds, while females average eight pounds.

Fishers are primarily predators that eat other small mammals—like squirrels, mice and shrews—carrion (flesh of dead animals), frogs and birds. They also sometimes eat berries and fruits. Fishers are able to climb trees to hunt, and can fit into holes or burrows to hunt prey that tries to hide in the ground.

Young fishers are vulnerable to predation from large mammals, like bobcats and foxes, or birds of prey.

Fishers communicate with each other primarily by marking an area with their scent. They growl or hiss when upset.

Fishers breed in the early spring between March and May. After an 11-12 month gestation period, the female gives birth to a litter of between one and six blind, mostly hairless young that she raises on her own. The den is built in a hollow tree high off the ground. The juveniles take around 50 days to open their eyes. They learn to hunt at around four months and become independent about a month later. Females reach sexual maturity at one year, males at two.