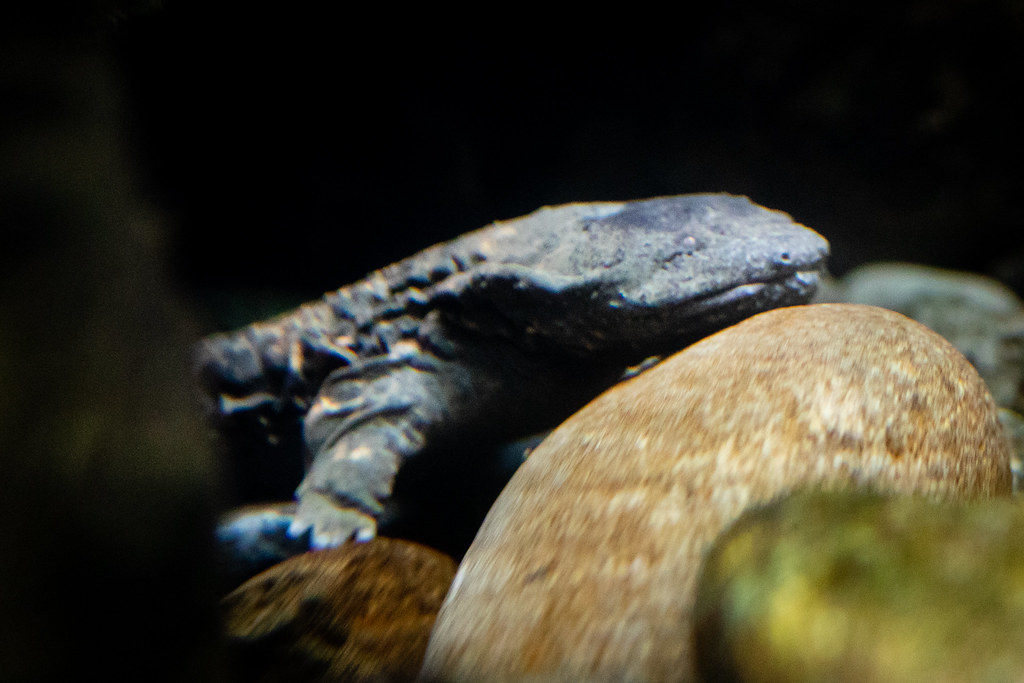 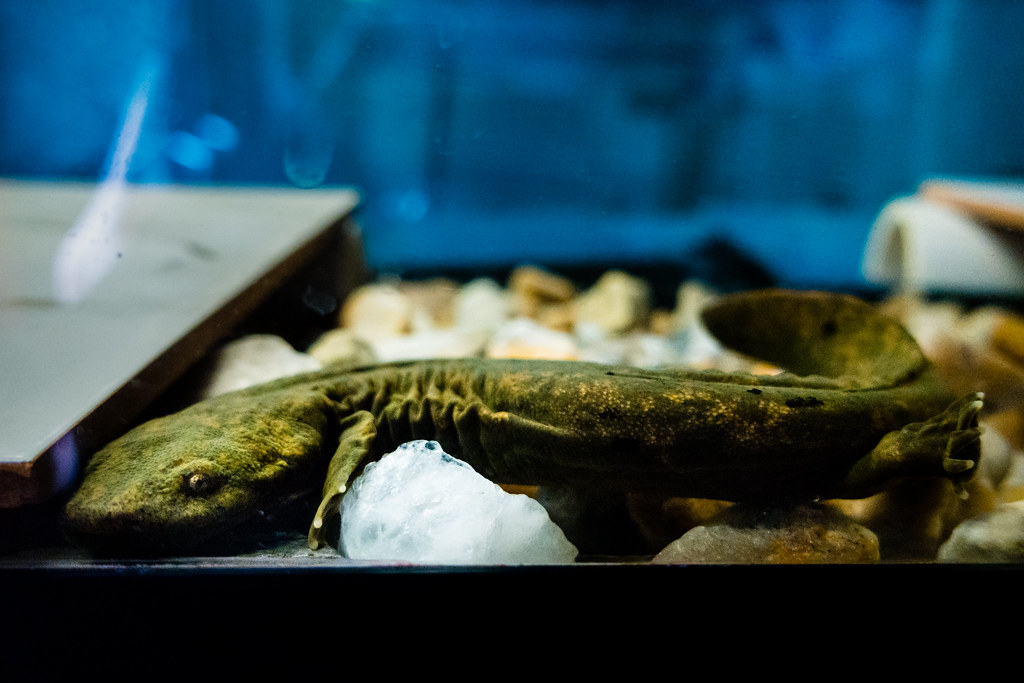 The rough pads on a hellbender's toes give it traction on slippery rocks. (Photo by Will Parson/Chesapeake Bay Program) 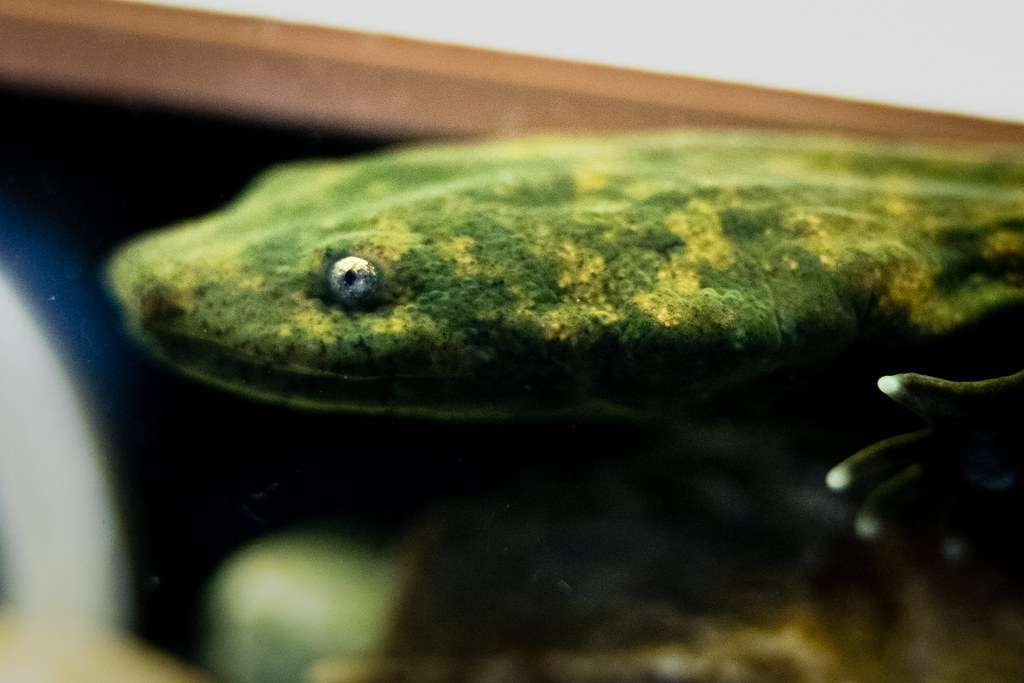 Unlike most salamanders, hellbenders don't have eyelids. They have poor eyesight and rely on smell to avoid predators. (Photo by Will Parson/Chesapeake Bay Program) 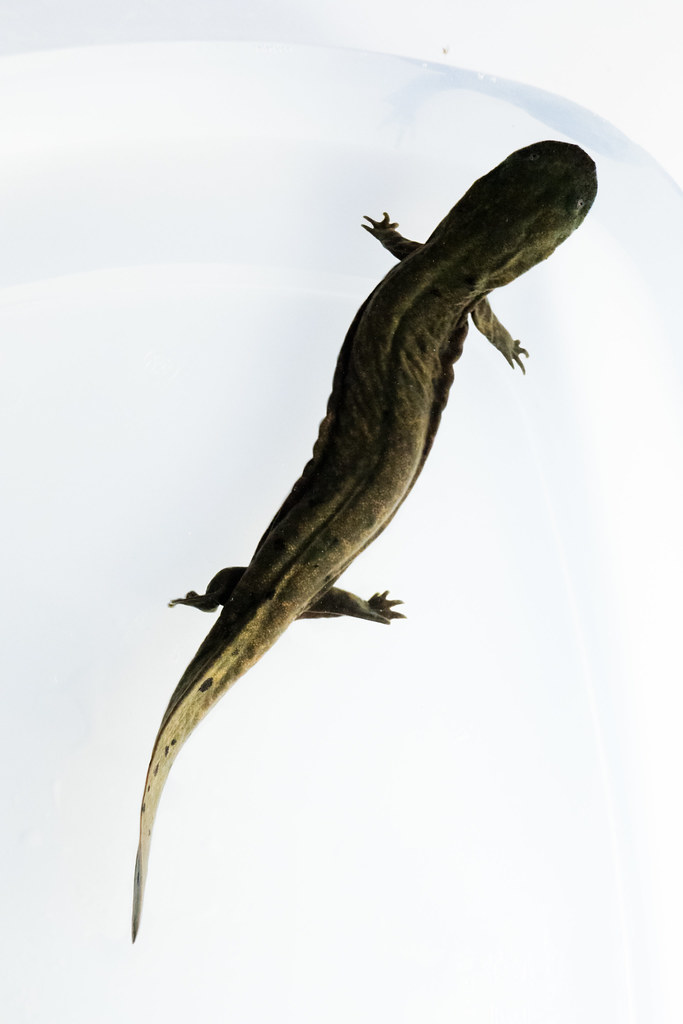 Hellbenders can grow to more than two feet in length, making them the largest North American aquatic salamander. (Photo by Will Parson/Chesapeake Bay Program) 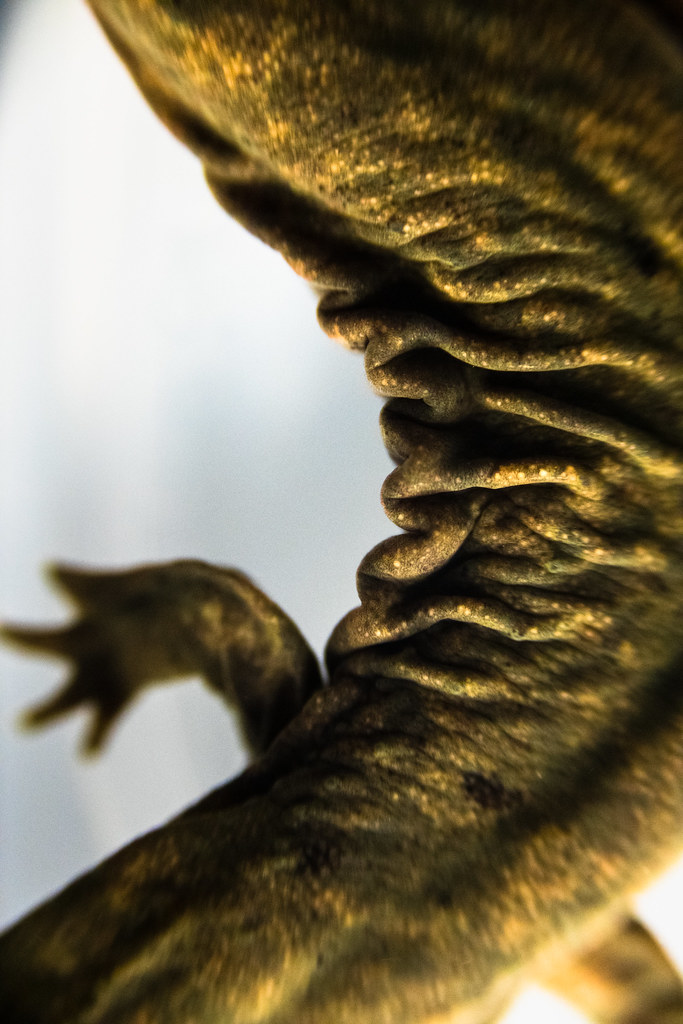 Adult hellbenders don't have gill slits, instead getting oxygen through their loose, folded skin. (Photo by Will Parson/Chesapeake Bay Program)

Hellbenders are large aquatic salamanders that can grow more than two feet in length. They live in freshwater streams in parts of New York, Pennsylvania and Virginia.

Hellbenders are large aquatic salamanders, weighing between 0.9 and 2.2 pounds. Adults can be anywhere from 11.6 to 27 inches in length. Both males and females are dark brown or black with lighter bellies, and may have dark orange spots. Their skin is loose which creates folds along the body.

Hellbenders have flat, broad heads and short noses. They have short, stubby limbs and use their strong tails to move through the water. They have five toes on each back foot and four on each front foot, each with rough pads for traction. Young hellbenders have light-colored gill slits, but lose these as adults. They use their loose skin to help them get oxygen as adults.

Hellbenders eat mostly crayfish, but may also eat insects, fish or other salamanders. They are bottom feeders and use suction to remove their prey from the substrate.

Hellbenders are most vulnerable as larvae. Their predators include smallmouth bass, rainbow trout, brown trout and other hellbenders. They have also been caught by fishermen. Hellbenders avoid predators by sensing movement around them and through detecting chemical signals.

Hellbenders are solitary and communicate through pheromones and motions during breeding season.

Hellbenders will reproduce each year around September or October. Hellbenders need cold, clean, and swift-running water to survive and reproduce. Males will locate a burrow for egg-laying under a large underwater rock. After the female lays her eggs, the male will chase her out and defends the eggs himself. They also use the folds on their skin to create more oxygen in the water.

Females can produce 150-450 eggs each season, and may lay eggs in multiple burrows. Eggs are around an inch across and attach to each other in strands. Eggs will mature for 45-80 days before hatching. Larvae are around an inch in length when they hatch. These larvae have gill slits and no functional limbs until around two years of age. They don’t become fully mature until they are five to eight years old.

Males tend to mature earlier and grow smaller than females. Adult hellbenders usually live 12-15 years, though they may live up to 30. However, they often don’t survive to adulthood due to predation by other animals and pollution.