Researchers from the Virginia Institute of Marine Science (VIMS) conduct the 2015-2016 blue crab winter dredge survey in the lower portion of the Chesapeake Bay after departing VIMS headquarters in Gloucester Point, Va., on March 8, 2016. (Photo by Will Parson/Chesapeake Bay Program) 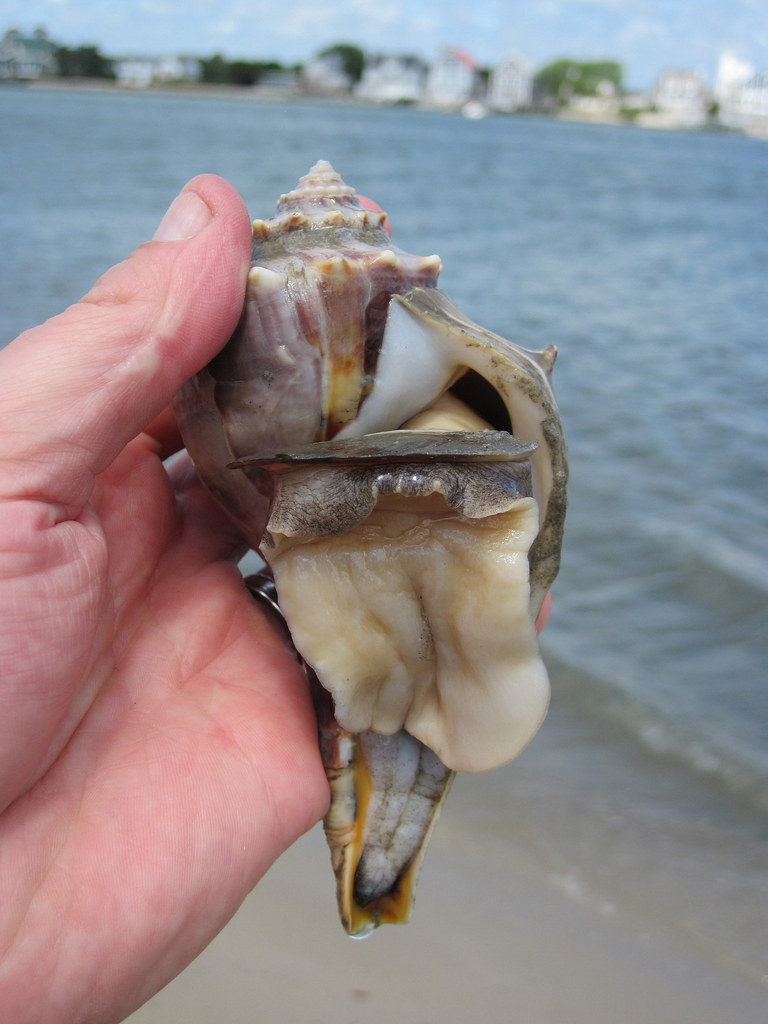 Knobbed whelk shell openings are located on the right side. (Matt Tillett/Flickr) 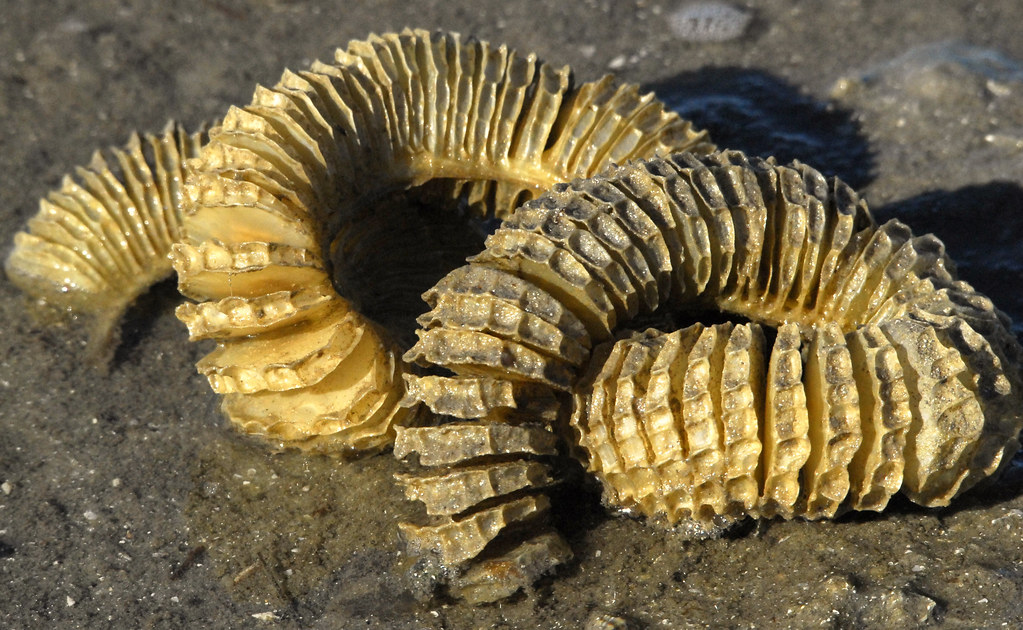 Knobbed whelks are marine gastropods that live in tidal estuaries along the Atlantic coast. Their spiral shells can range in color from grayish white to tan.

The whorled or spiral shell of the knobbed whelk has low knobs or spines on its shoulder, and the shell opening is located on the right side. The shell color varies over geographic locations: the outer shell ranges from grayish white to tan, while the inner shell ranges from pale yellow to orange. A hard plate called the operculum acts like a trap door when the snail retracts into its shell. The body of the snail is divided into head, abdomen and foot. Two pairs of tentacles are located on its head: one senses light, while the other is used for touch and smell. Adult knobbed whelks measure five to nine inches in length. Females grow larger than males.

This animal feeds on clams, oysters, mussels and other bivalves. To feed, the snail uses its foot to hold prey while the lip of its shell chips and pries at the bivalve. Once a big enough hole has opened, the snail inserts its foot and begins to feed.

The knobbed whelk grows by producing turns and whorls in its shell around a central axis. Females lay a string of eggs in deep water twice a year, usually from September to October and April to May. Strings of eggs are anchored on one end to the sand and consist of up to 40 capsules, with each capsule containing up to 100 fertilized eggs. These eggs develop slowly and hatch in three to 13 months. Adults are thought to start out as males and change into females as they age, which could explain why females are almost always larger than males.