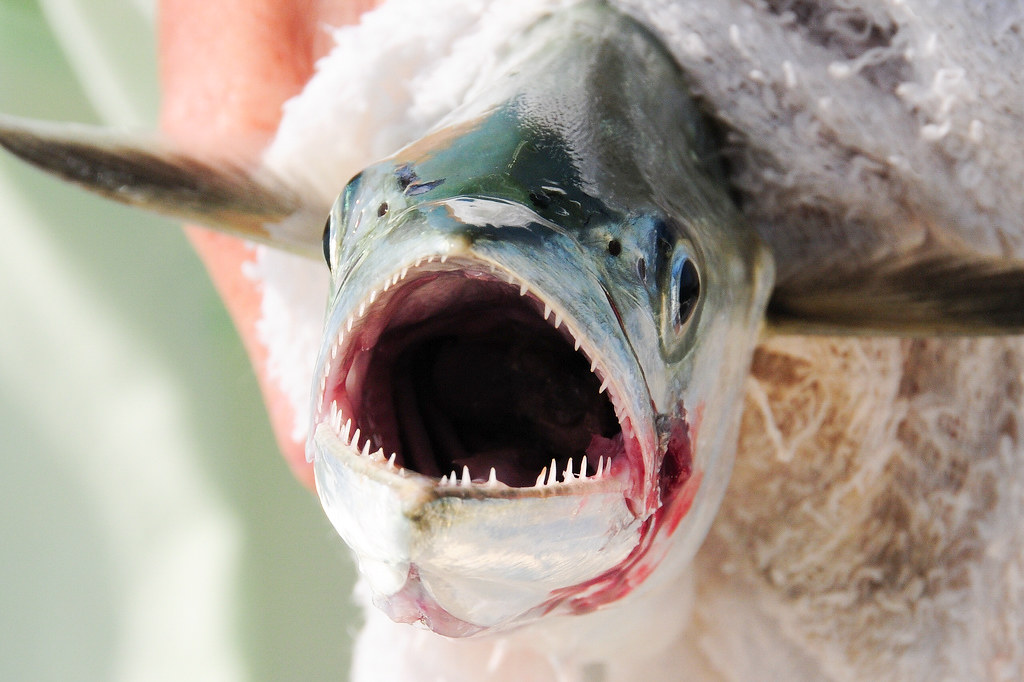 King mackerels are bluish-green to gray on the back and silver on the belly. (Virginia Institute of Marine Science)

Mackerel are fast-swimming fish with elongated, bluish or greenish bodies. They visit the Chesapeake Bay from spring through autumn while migrating along the Atlantic coast.

Mackerel eat mostly fish such as menhaden and anchovies, but also prey upon shrimp and squid. Spanish mackerel hunt by forcing schools of small fish into tight bundles at the surface of the water.