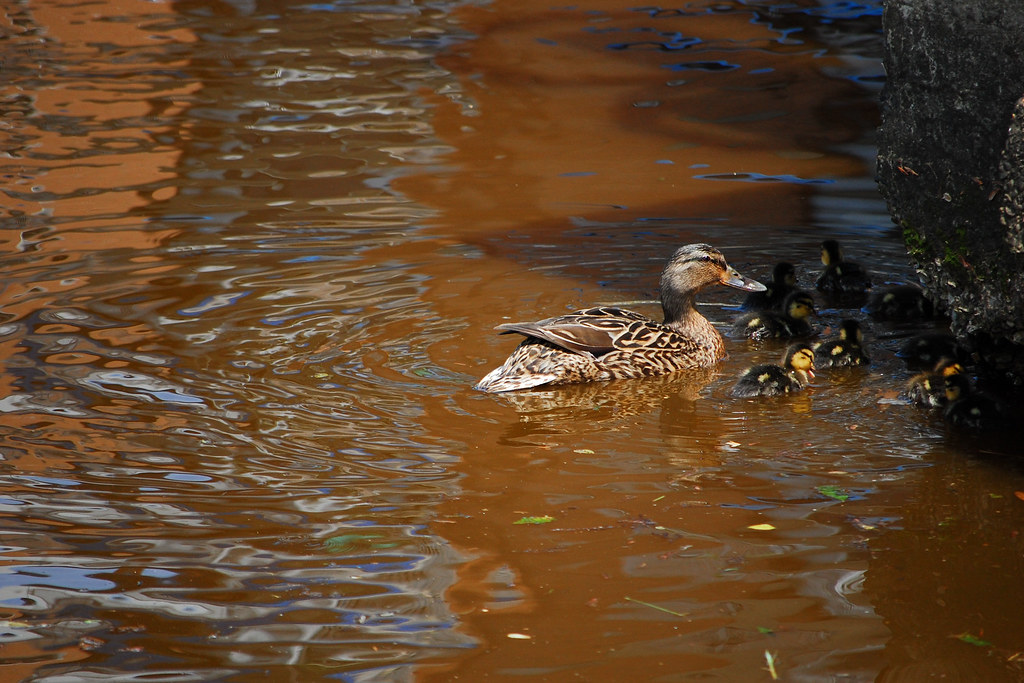 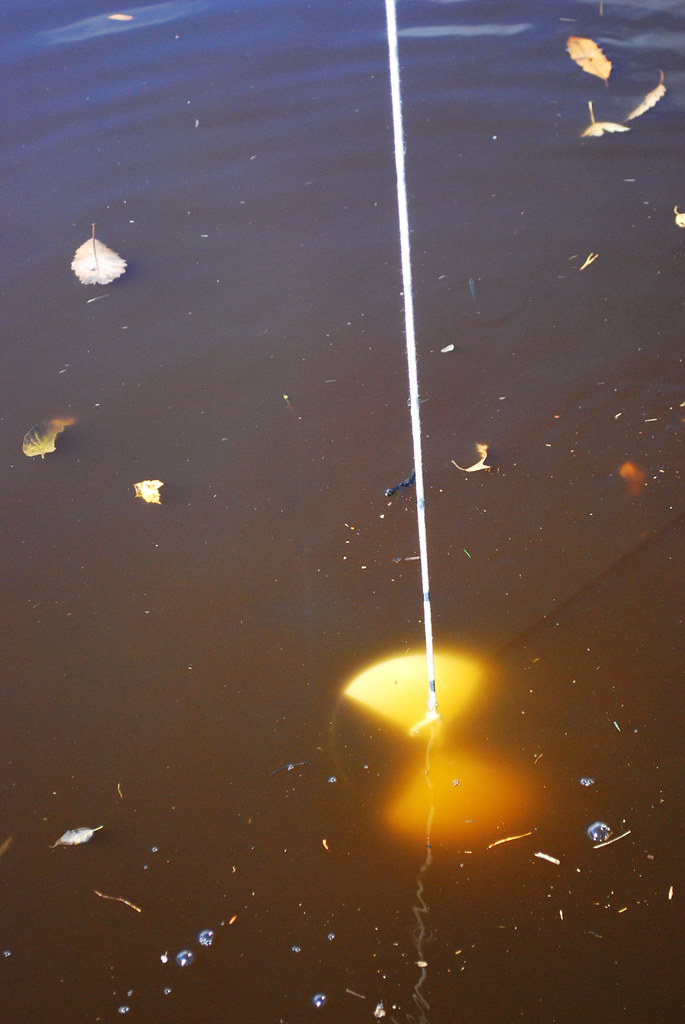 A secchi disk is used to measure water clarity in Spa Creek during an algae bloom called a mahogany tide in Annapolis, Md., on Oct. 28, 2009. (Photo by Alicia Pimental/Chesapeake Bay Program)

The P. minimum is a dinoflagellate, meaning that it is a single-cell organism with two flagella.

P. minimum has a yellowish-brown color and can morph into a triangle, heart or leaf-shaped form that ranges between 14-22 micrometers long and 10-15 micrometers wide. It is covered with small spines, has one large pyrenoid and often displays a subtle depression towards the wide end of the cell. When algae blooms of P. minimum occur, the water turns to a reddish-brown hue, commonly referred to as mahogany tide.

P. minimum is a mixotrophic organism. It feeds off light from the water’s surface and nutrients, such as carbon, phosphorus and nitrogen.

Consumption of P. minimum is harmful to organisms and humans. Filter feeders such as oysters, mussels, clams and menhaden are vulnerable to ingesting the venerupin (hepatotoxin) that P. minimum produces, which can result in disease.

P. minimum reproduces asexually through binary fission. Blooms persist in late spring to late summer, but can also last year-round depending on temperature, salinity and sunlight. When algae blooms decay, they consume dissolve oxygen in the water that organisms need, contributing fish kills and dead zones.