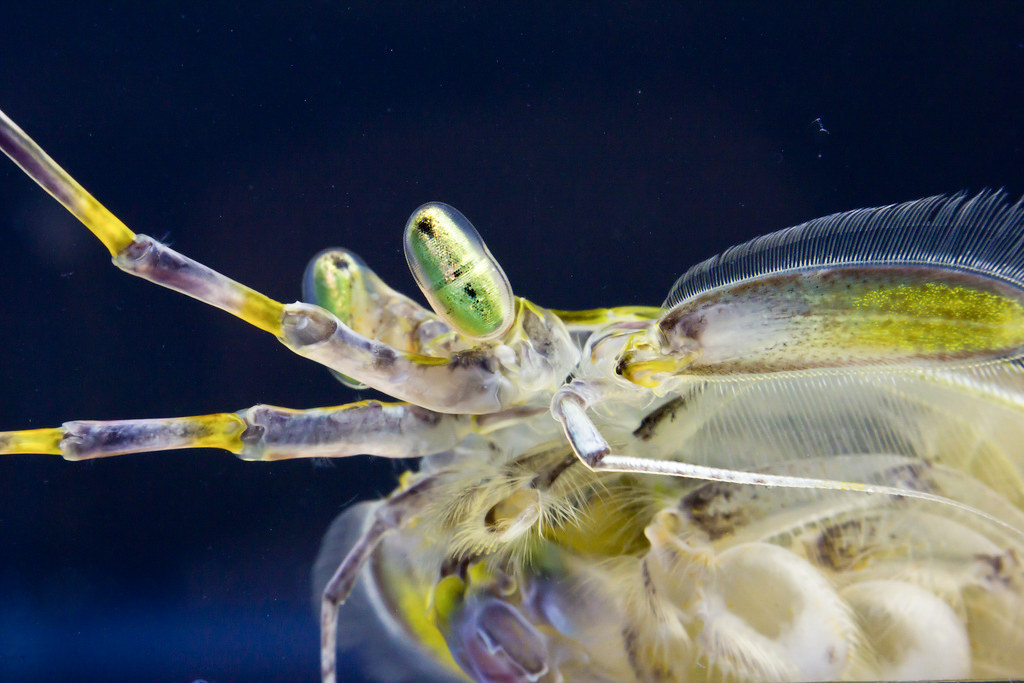 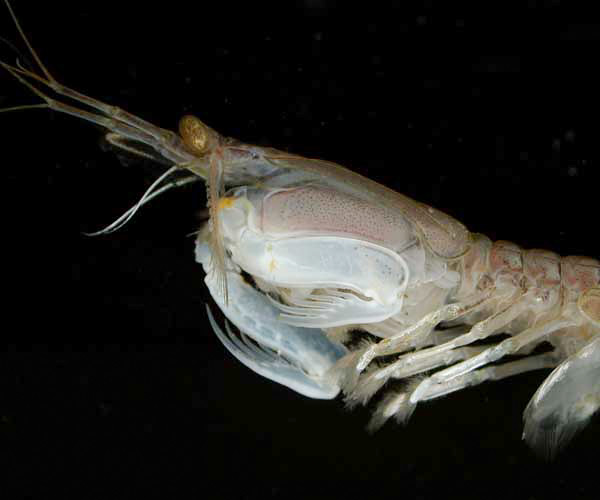 Mantis shrimp have long, jackknife claws that resemble a praying mantis. The strike velocity of the claws is one of the fastest movements of any animal on earth. (The Southeastern Regional Taxonomic Center/South Carolina Department of Natural Resources)

The mantis shrimp is a crustacean with a flattened, segmented body and praying mantis-like claws. It burrows within muddy flats along the shoreline of the middle and lower Chesapeake Bay.

The mantis shrimp grows to 8 to 10 inches in length. It has a flattened, translucent body with a pale green hue. Its abdomen and carapace are segmented, with each segment outlined in dark green or yellow. It has three pairs of walking legs, four pairs of clawed appendages (called maxillipeds) and one pair of long, jackknife claws that resemble a praying mantis. Its emerald green eyes are on stalks located on the top of its head.

Mantis shrimp eat live fish, crabs, worms and shrimp, including other mantis shrimp. They are aggressive, violent predator, using their sharp claws to spear or slice through prey with a quick, slashing motion.

Because of its secretive, nocturnal habits, little is known about the mantis shrimp life cycle and mating habits.