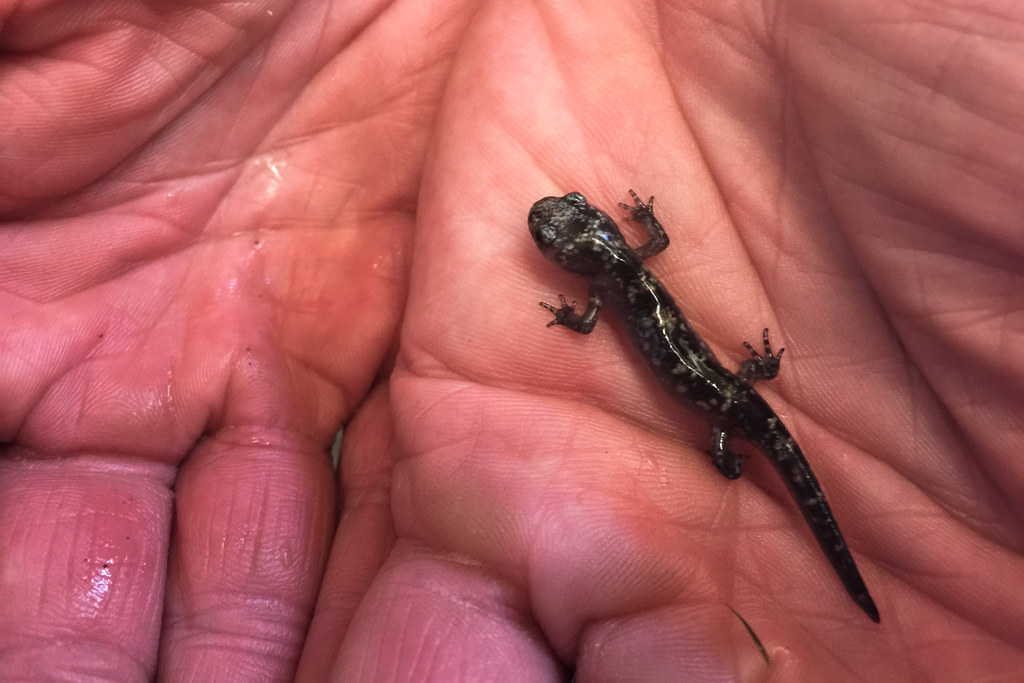 Juvenile marbled salamanders have silvery flecks rather than the signature crossbands. (Photo courtesy Virginia State Parks/flickr under CC BY 2.0 license) 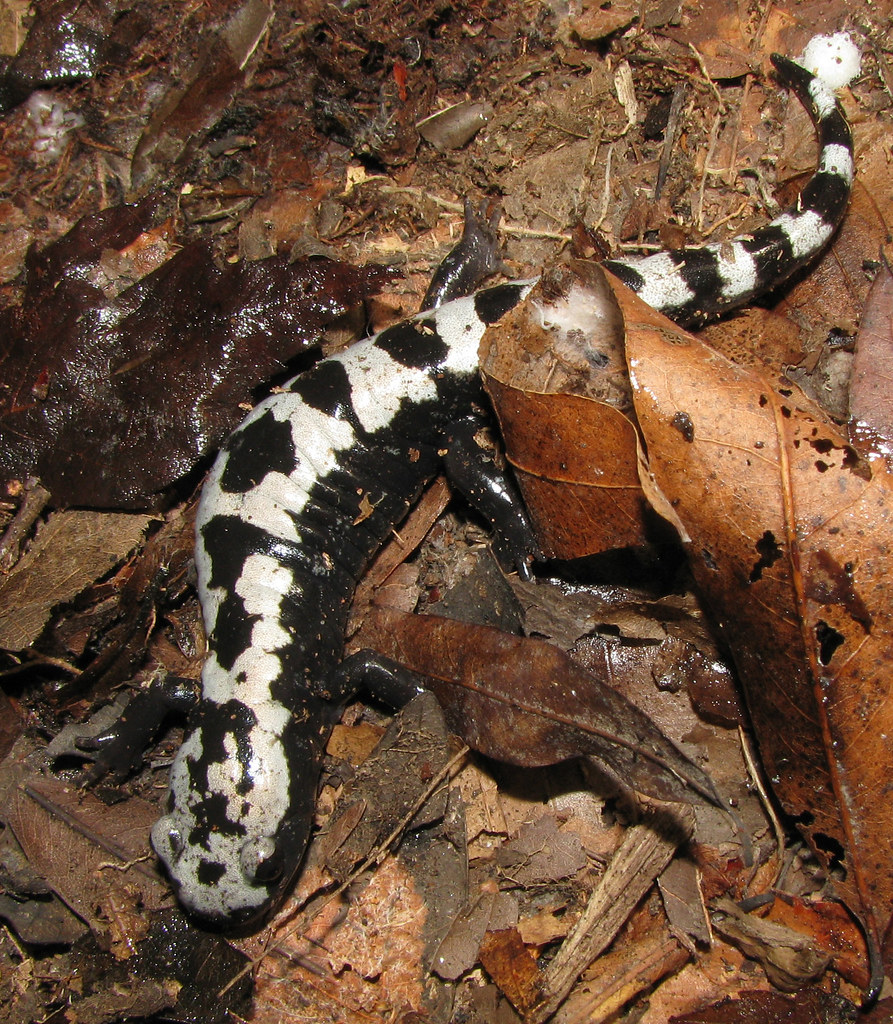 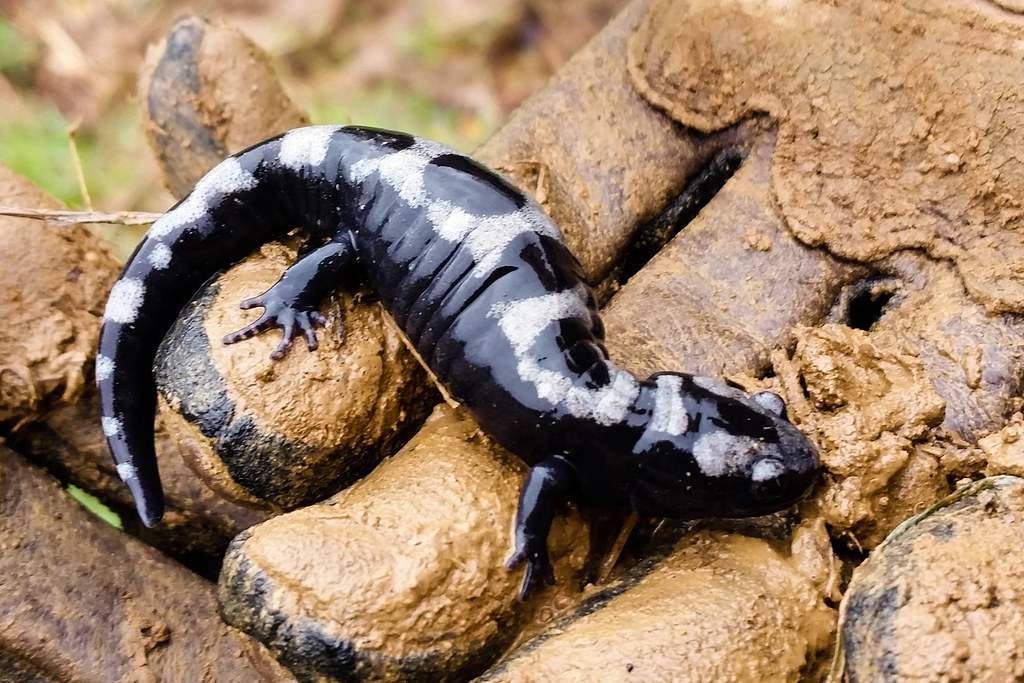 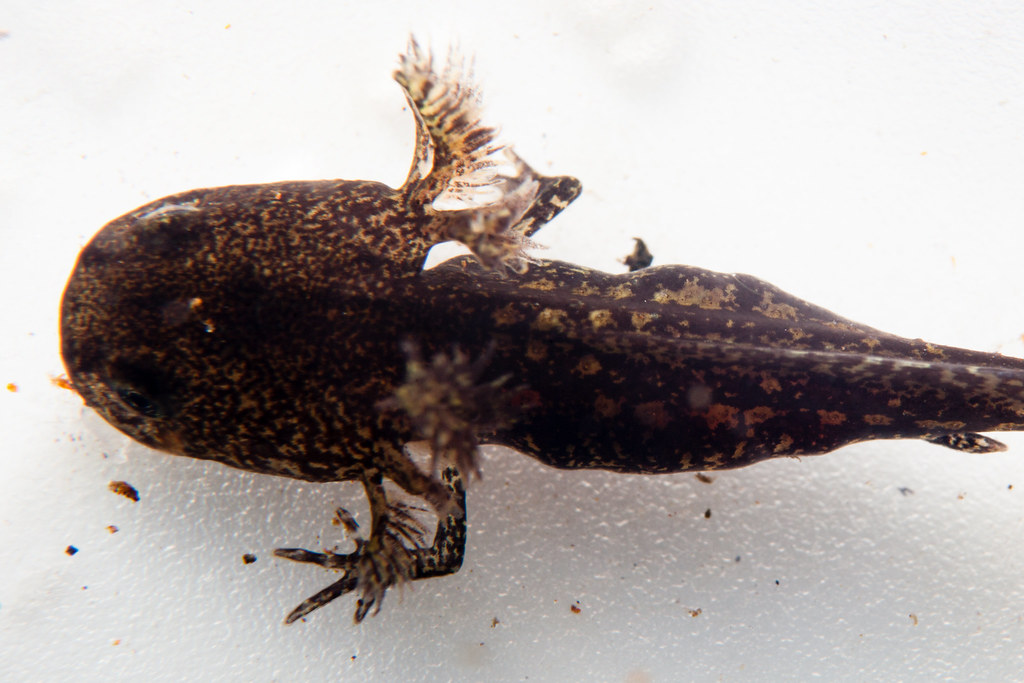 A marbled salamander larvae is found at Horseshoe Bog at the Smithsonian Environmental Research Center in Edgewater, Md., on March 28, 2015. (Photo by Will Parson/Chesapeake Bay Program)

The marbled salamander is black with silvery crossbands along its body. It is found throughout the southern portion of the Chesapeake Bay region.

The marbled salamander is relatively small, growing three to five inches in length. Adults are black, with silvery crossbands along their bodies. Females are slightly larger than the males. Females tend to have gray crossbands, while males’ crossbands are whiter. Young salamanders have small flecks rather than the signature crossbands.

Marbled salamanders are carnivores that hunt by tracking movement and smell. They prey on small insects, worms, slugs and snails. Larvae feed on zooplankton until they grow large enough to hunt.

Like many salamanders, the marbled salamander has poisonous glands on its tail to help protect it from predators. It is still vulnerable to a variety of forest predators, including owls, raccoons, weasels and snakes.

Marbled salamanders breed once a year in the fall. The male attracts a mate with a circular dance and tail movements. The female lays 50 to 100 eggs on dry land in a depression. She will stay with the eggs until it rains and the depression fills.

The larvae hatch once the eggs have been covered in water for a few days. The larvae are fully aquatic. THey grow quickly and take anywhere from two to nine months to metamorphose.

The juveniles, which are flecked rather than banded, live on land and mature in another 15 months. Marbled salamanders can live for four to ten years.