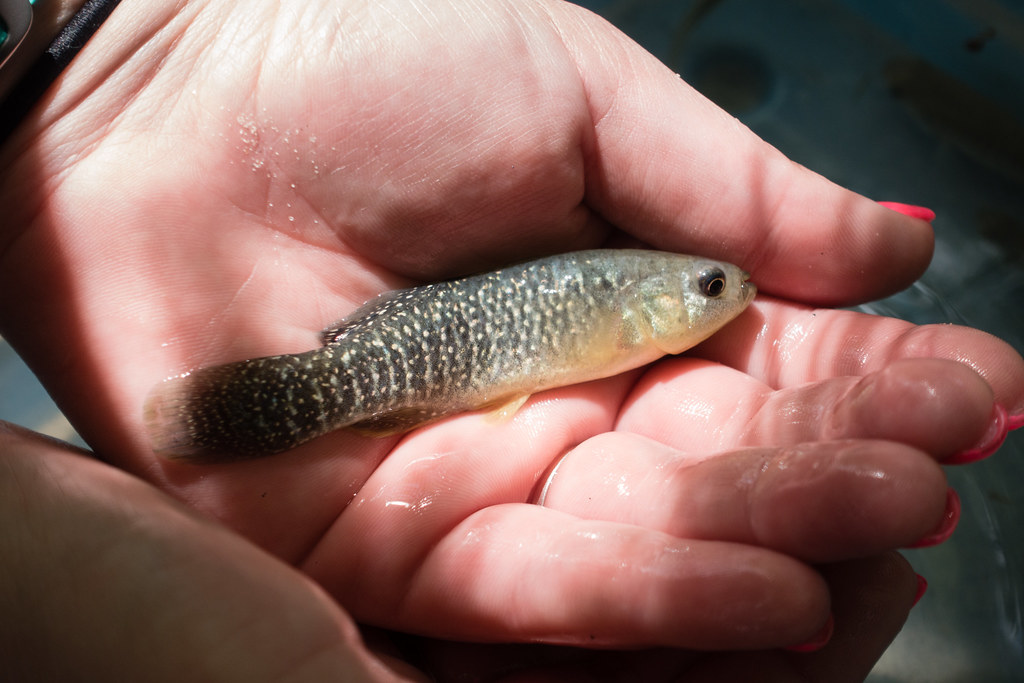 Mummichogs feed on plants, insects, small crustaceans and other fish. Above, an educator holds a mummichog at the Smithsonian Environmental Research Center (SERC) during the center's annual open house event in Edgewater, Md., on May 14, 2016. (Photo by Will Parson/Chesapeake Bay Program) 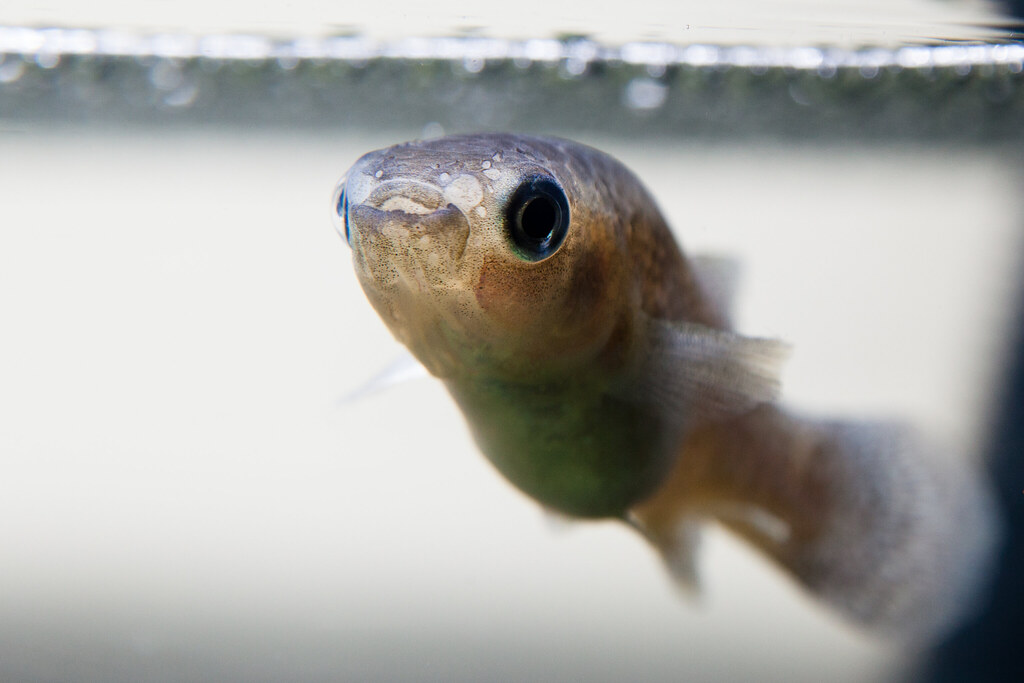 A mummichog swims in a tank at Masonville Cove Environmental Education Center in Baltimore, Md., on Feb. 23, 2016. (Photo by Will Parson/Chesapeake Bay Program) 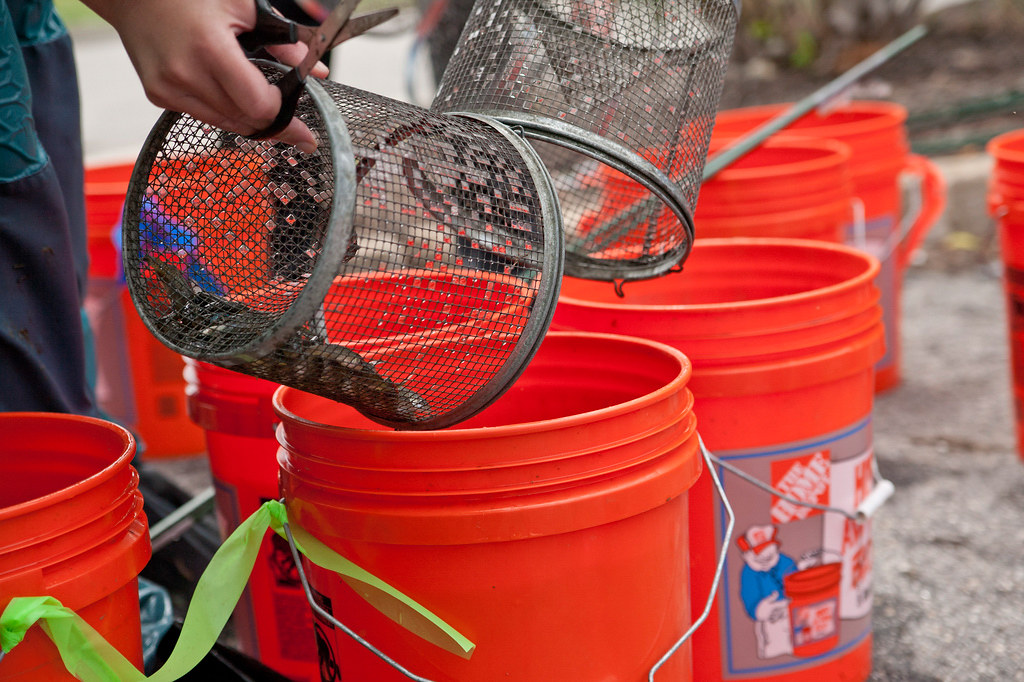 Also known as the mud minnow, the mummichog is a minnow-like killifish found along muddy marshes, tidal creeks and the sheltered shores of the Chesapeake Bay.

These opportunistic feeders eat a range of items, including algae, plants, insects and insect larvae, worms, small crustaceans and mollusks, the eggs of their own species, other fish and carrion.

Predators of mummichog include larger fish, wading birds and seabirds.

Spawning occurs from April to August, during which time males often exhibit aggressive behavior. Females attract males by displaying their silvery bellies. Females can spawn up to 460 eggs eight times in a single season. Females lay sticky eggs in empty mollusk shells or on dead vegetation when the tide is highest during the new or full moon. When tide recedes, eggs are exposed to air. Eggs will not begin to hatch until once again covered with water during the next month's highest tide. When hatched, larvae measure about seven millimeters long. Most adults reach sexual maturity during their second year and live for three years.