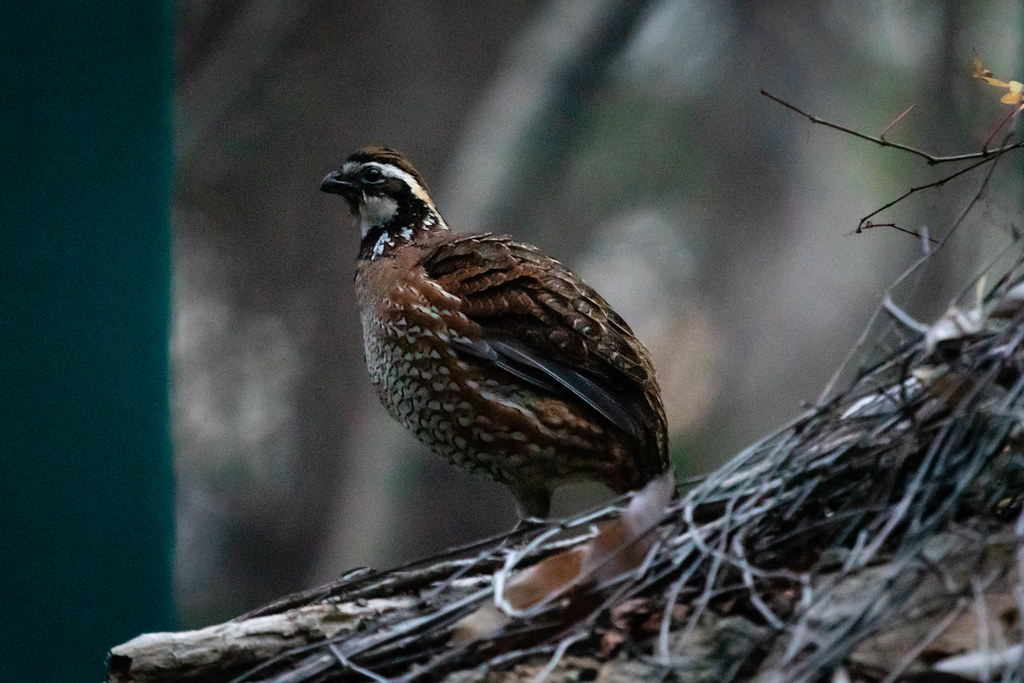 A northern bobwhite (Colinus virginianus) resides at the Virginia Living Museum in Newport News, Va., on Dec. 30, 2018. (Photo by Will Parson/Chesapeake Bay Program) Males have white stripes on their face and throat and, while females have buff throats. (Photo courtesy Dan Dzurisin) 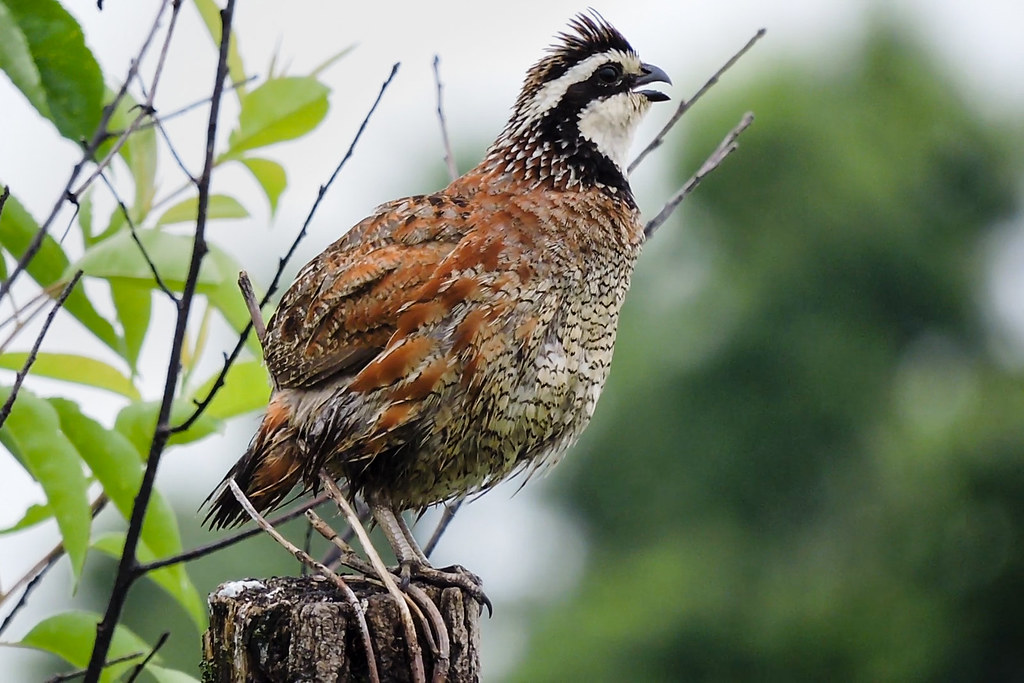 A male northern bobwhite calls to attract females during nesting season, which peaks from May to August. (Photo courtesy Dan Small/Washington College)

Northern bobwhite used to be common in the eastern United States, but experienced a sharp decline in population in the second half of the 20th century. This was likely due to habitat loss from urbanization, fire suppression and changes in agriculture and forestry. Above, a northern bobwhite is seen at Chino Farms in Queen Anne's County, Md., on June 20, 2016. (Photo by Will Parson/Chesapeake Bay Program)

The northern bobwhite is a small, rounded bird that lives in patchworks areas of fields, forests and cropland.

Northern bobwhites are small quail, growing to be between eight and ten inches in length with a wingspan of three to five inches. They have rounded bodies, small heads, rounded wings and short tails. Their feathers are intricately patterned in brown, rufous and black. Males have white stripes on their face and throat and, in the east, they are rufous across the breast. Females’ and juveniles’ throats are buff.

Northern bobwhites eat seeds, leaves and insects. They forage as a group and feed in the early morning and later afternoon.

Predators include Cooper’s hawks, raccoons, opossums, skunks and foxes. When encountering predators, adults with chicks will flutter and drag their wings as a distraction. Their coloration also helps them hide from predators.

Northern bobwhites can fly very short distances, with the average flight lasting around five seconds. They spend most of their time on the ground, but when flushed, they explode into flight with quick wingbeats and hide under the nearest cover.

Bobwhites get their name from the bob-white call of unmated males during the breeding season, but they have a variety of other calls for directing group movement, food finding, predator avoidance and reproduction. Adults point out food to their chicks with a soft tu-tu-tu.

Northern bobwhites are highly social, traveling in groups (or "coveys") of three to 20 birds. During the day, they run from one sheltered shrubby area to another. At night, they sleep on the ground in an outward-facing circle with their tails pointing toward the center, likely to conserve heat and keep alert.

Northern bobwhites are prolific breeders. If conditions are good, a bobwhite pair can have two or three broods in a single breeding season, totaling about 25 offspring. Both birds work together to dig a nest in the ground, which are saucer shaped and about the size of a softball. They are then lined with grass and often weaving weeds and grasses into an arch to cover the nest from view.

Originally thought to be monogamous, there is now evidence that both male and female bobwhites can have multiple mates in one season. During the breeding season, both males and females perform courtship displays, and males will often fight other males to attract mates.