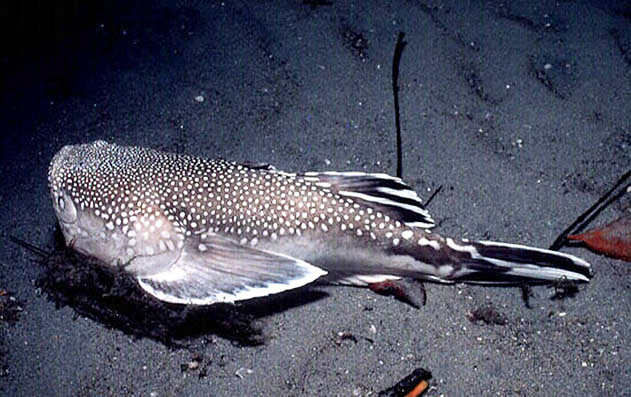 The northern stargazer has a dark, flattened body with white spots that gradually get bigger from the head tot the tail. (David Snyder/FishWise) The stargazer's mouth and eyes are located on the top of its large head, facing upward. (Image courtesy canvasman21/Wikimedia) 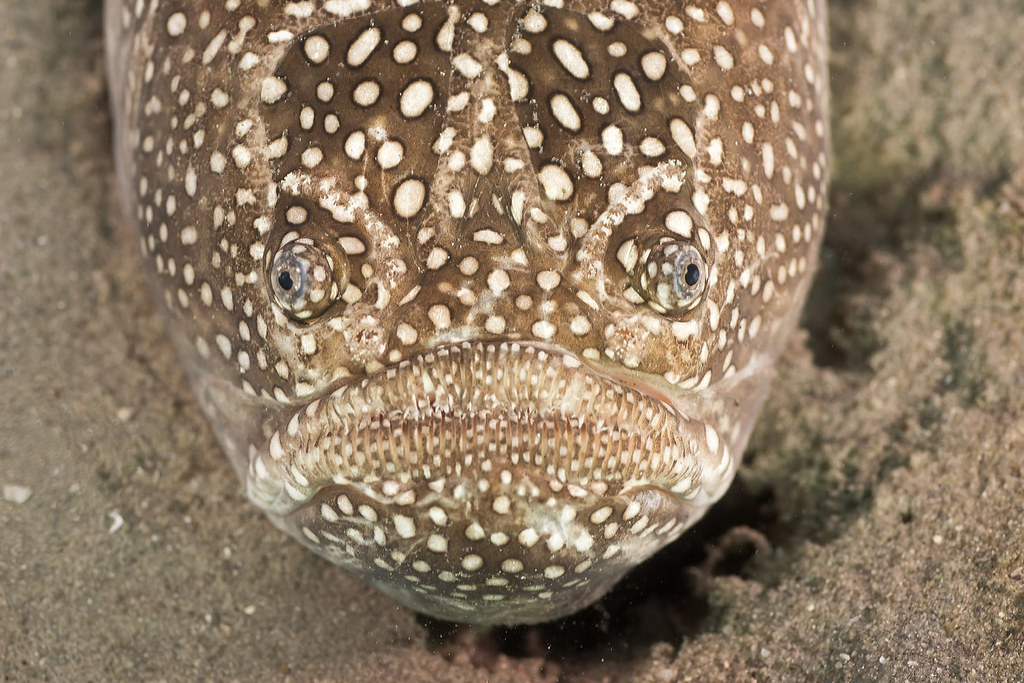 Northern stargazers can deliver an electric charge that stuns and confuses prey and helps ward off predators. (Image by Peter Leahy/Shutterstock)

The northern stargazer is a strange-looking fish with a speckled, flattened body and a large head. It lives at the bottom of the lower Chesapeake Bay in deep, open waters.

The northern stargazer has a blackish-brown body with white spots that gradually get bigger from its head to its tail. It's flattened body can grow to 22 inches in length, but it averages 8 to 18 inches in length. Its mouth and eyes are located on the top of its large head, facing upward. Three dark, horizontal lines appear on its tail.

Northern stargazers eat small fish, crabs and other crustaceans. They hunt by burying themselves in the sand with their eyes and mouth sticking out just enough to search for prey. Once something tasty swims by, the stargazer uses its large mouth to create a vacuum to suck its prey in.

Spawning occurs in May to June. Females lay small, transparent eggs on the bottom of the Bay. Eggs eventually float to the surface and hatch. Larvae grow rapidly, feeding from a yolk sac until it is completely absorbed. Once they grow to about 12 to 15 millimeters long, larvae swim to the bottom of the Bay, where they mature into adults. At this time their electric organ also begins to form.