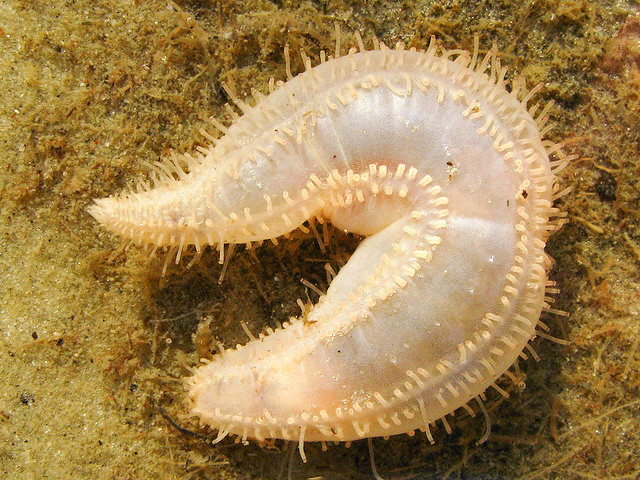 (Stefan Countryman/Flickr) don't use if you dont have to 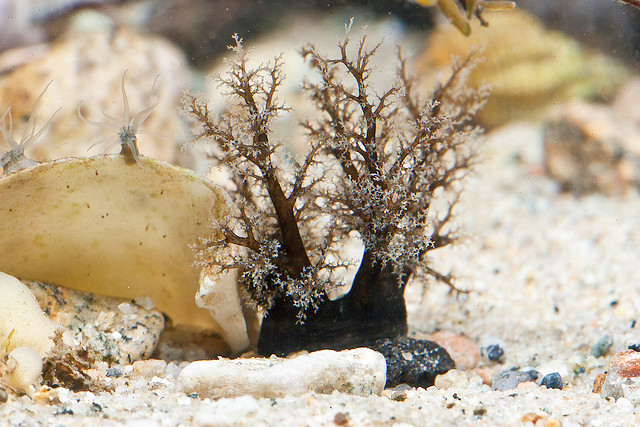 sea cucumbers use their finger-like tentacles to capture plankton and other tiny particles, then sweep the food into their mouth. (Eric Heupel/Flickr)

Sea cucumbers are echinoderms with elongated, spiny-skinned bodies. They live at the bottom of the lower Chesapeake Bay’s deep, salty waters.

Two species of sea cucumbers can be found in the Chesapeake Bay: the hairy or common sea cucumber, Sclerodactyla briareus, and the pale sea cucumber, Cucumaria pulcherrima.

Sea cucumbers have elongated, cucumber-like bodies that are thickest in the middle. They have distinct front and rear ends, with 10 finger-like tentacles around their mouth. The hairy sea cucumber is dull brown and grows four to five inches long. Its fat, rounded body is covered with tube feet. The pale sea cucumber is white or pale yellow and grows one to two inches long. Its tube feet are arranged in five distinct rows.

The sea cucumber uses its tentacles to capture plankton and other tiny particles, then sweeps the food into its mouth.

Sea cucumbers spawn by releasing eggs and sperm into the water, where the eggs are fertilized. During spawning, sea cucumbers develop a cobra-like appearance, with their front end raised up from the bottom. Larvae spend several weeks floating in the water. They eventually settle to the bottom and morph into tiny juveniles. Juveniles take several years to grow to their adult size. Sea cucumbers can live up to eight years.