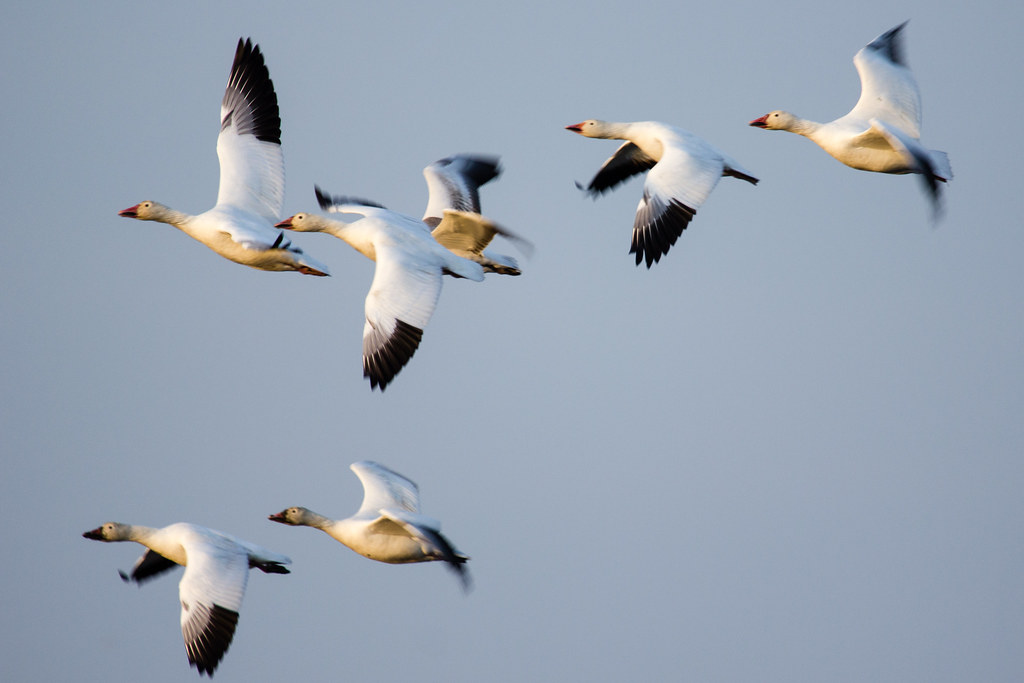 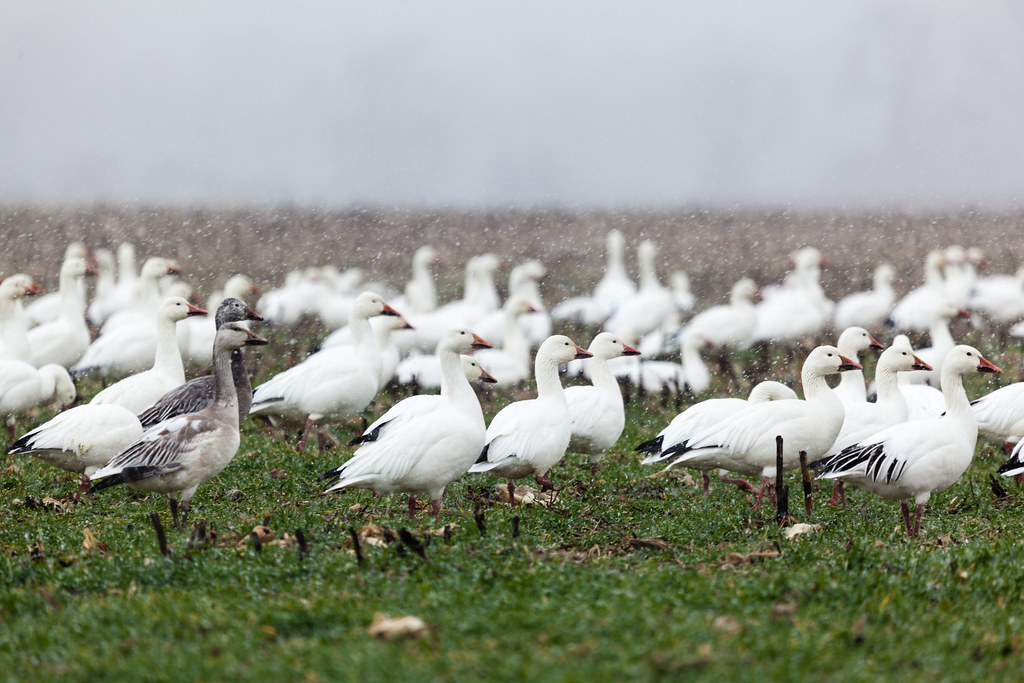 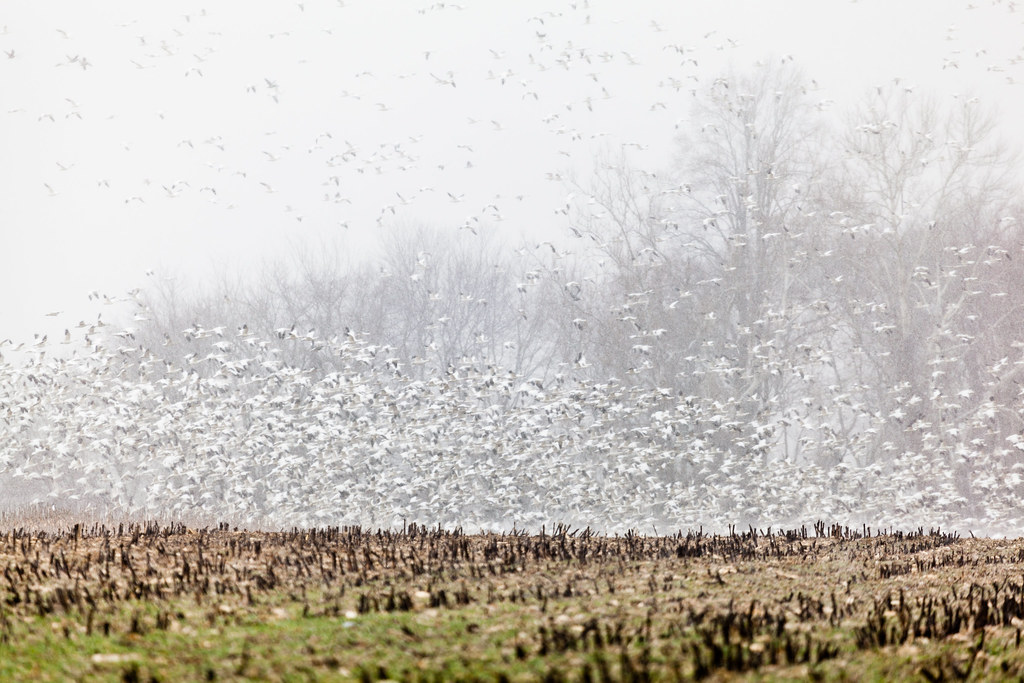 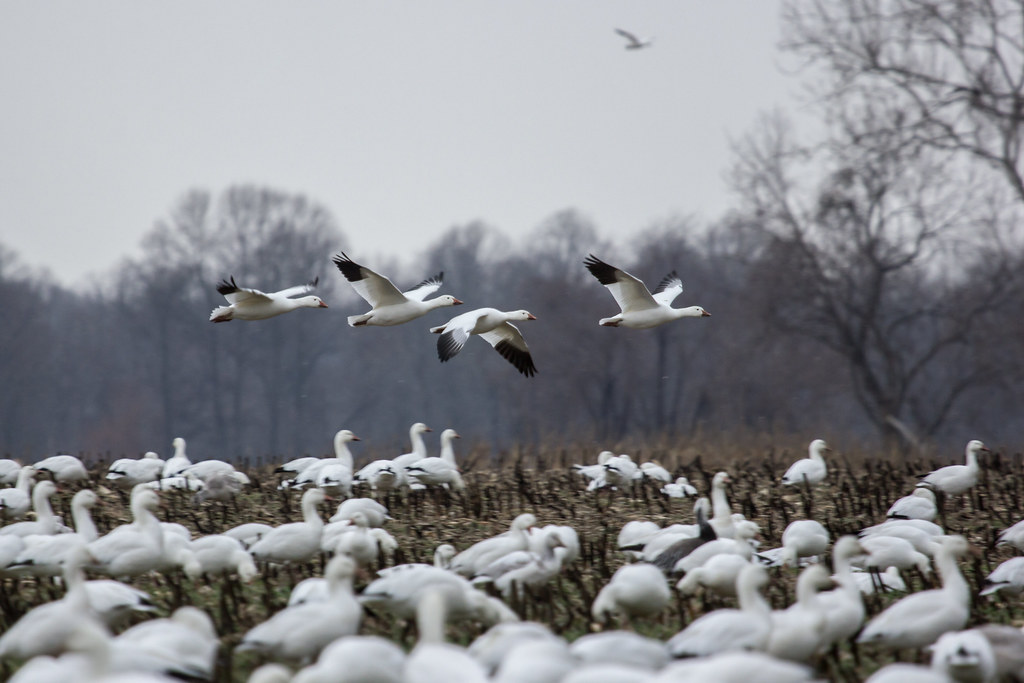 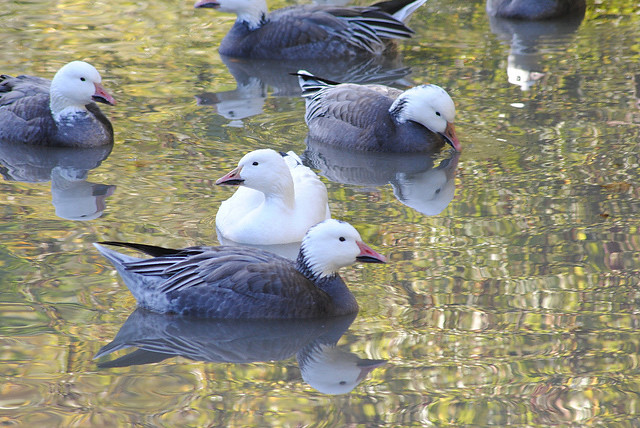 Some snow geese are seen in a dark phase. These "blue geese" have a white head, grayish-blue body and pale bluish wings. (snapp3r/Flickr) 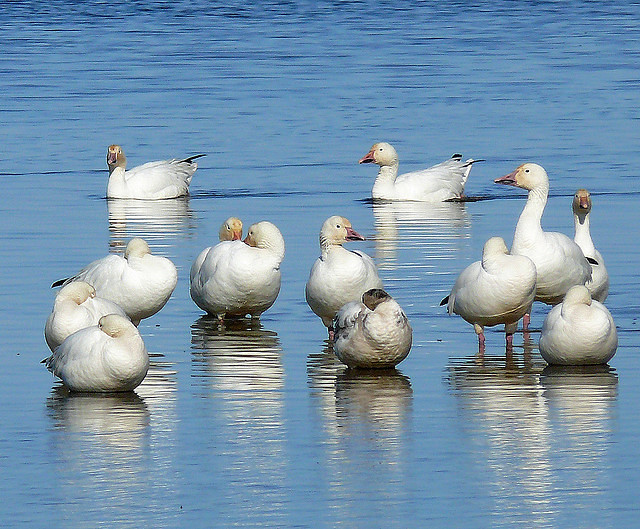 Snow geese have a mostly white body and a pinkish bill. (Larry Meade/Flickr) 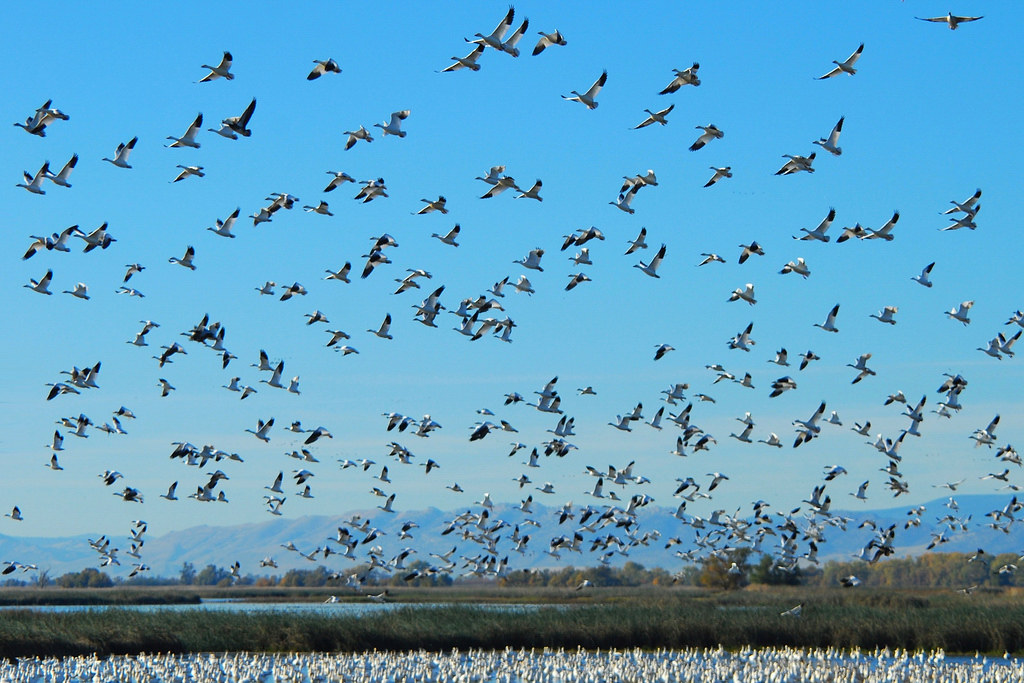 Snow geese live in large flocks that may number in the thousands. (Jack Wolf/Flickr) 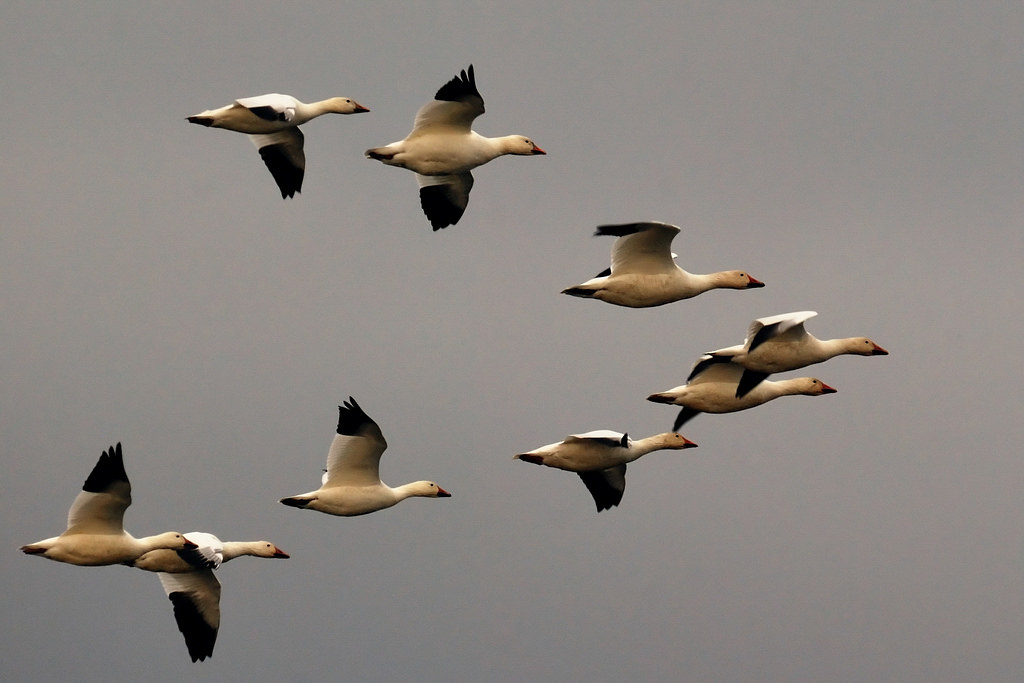 The snow goose is a plump, white bird that visits the Chesapeake Bay region in winter.

In its "snow" phase, the snow goose's body is mostly white with black wingtips; in its "blue" phase, its body is grayish-blue. It has a pink, serrated bill with a black "grin patch" on the side, and its feet and legs are red. Adults grow to about 38 inches in length with a wingspan of 59 inches.

These birds are herbivores who use their strong, serrated bills to dig roots out of the ground. They feed on marsh grasses, including rushes and cattails, and forage in farm fields for grass, clover and grains.

Flocks fly in long, diagonal or V-shaped patterns. Snow geese can be identified in flight by their white bodies and dark wingtips.

Snow geese do not breed in the Chesapeake Bay region; they return to the Arctic tundra to breed, where nesting colonies can number in the tens of thousands. White geese interbreed with those in the blue morph, tending to choose a breeding partner that resembles their parents’ coloring. Monogamous pairs usually form long-term bonds.

Shallow depressions in the ground serve as nests, and are lined with dry vegetation and down from the mother's body. Females lay three to five eggs, which are incubated for 23 to 25 days. Young fledge within 45 days and reach maturity in two years. The lifespan of the snow goose is unknown, but is believed to be more than 15 years in the wild.