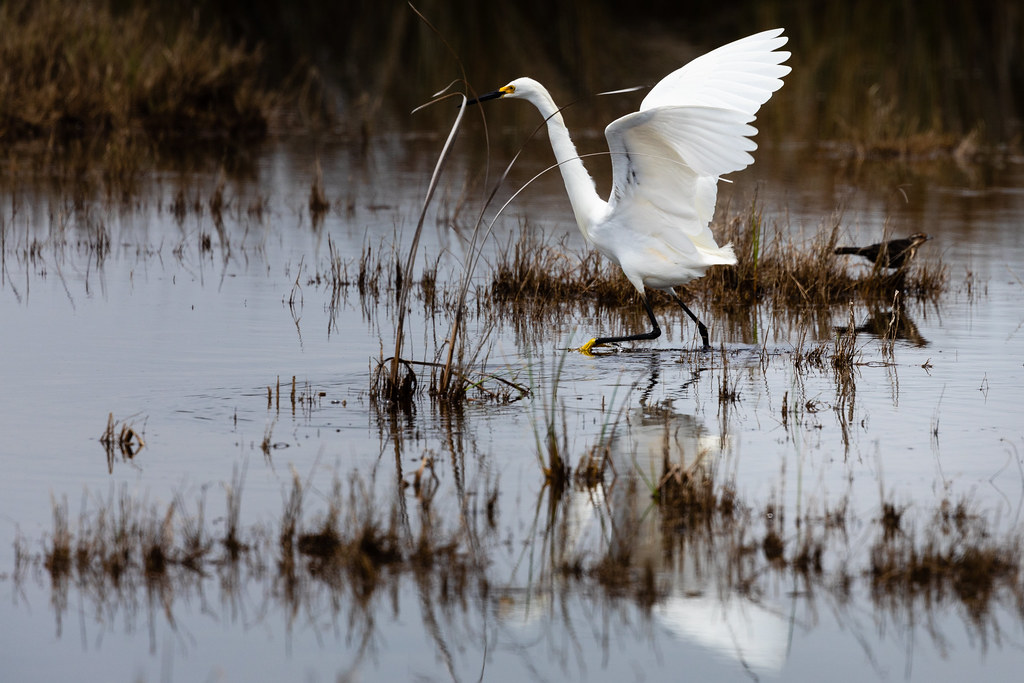 Snow egrets scurry around the water as they hunt, a behavior that is different from other herons and egrets that stand still and silently stalk their prey. Above, a snowy egret hunts at Deal Island Wildlife Management Area in Somerset County, Md., on May 26, 2020. (Photo by Will Parson/Chesapeake Bay Program) 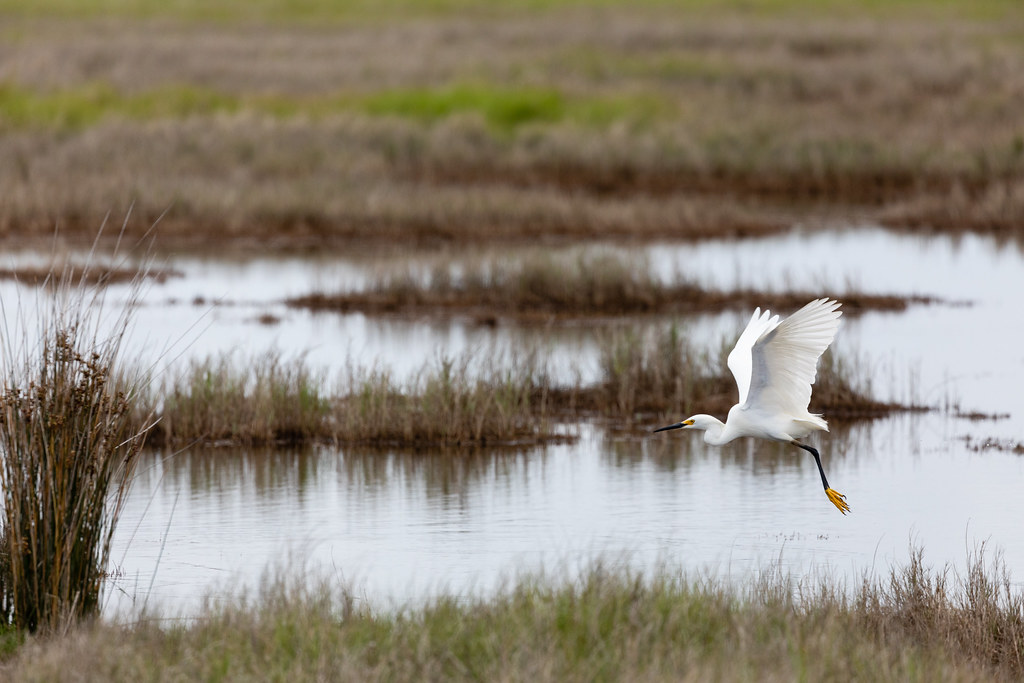 Snowy egrets are easily identified by their distinctive yellow feet. In flight, they hold their head back and their neck in a tight curve. Above, a snowy egret hunts at Deal Island Wildlife Management Area in Somerset County, Md., on May 26, 2020. (Photo by Will Parson/Chesapeake Bay Program)

A non-releasable snowy egret lives inside the aviary at the Virginia Living Museum in Newport News, Va., on March 9, 2016. (Photo by Will Parson/Chesapeake Bay Program) 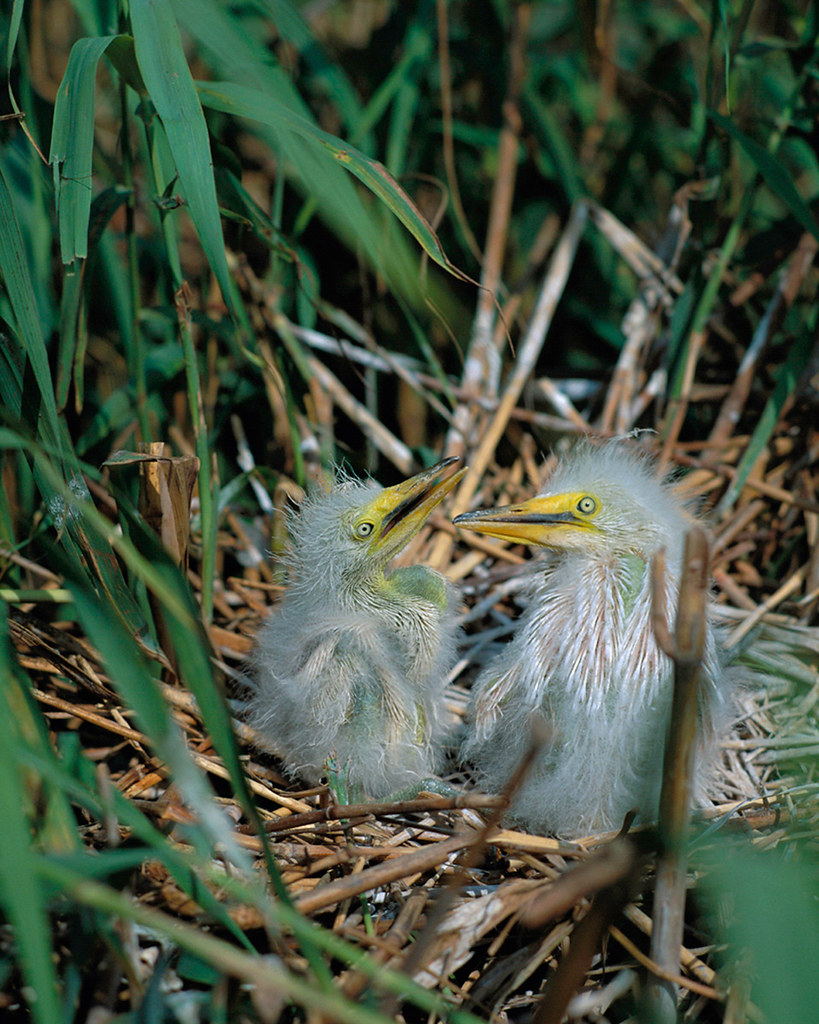 The snowy egret is a medium-sized white heron with a slender black bill and distinctive yellow feet. It visits the Chesapeake Bay’s marshes, wetlands and shallow waters from spring through autumn.

The snowy egret has a white body and grows to 27 inches tall with a wingspan of 41 inches. During the breeding season, it has long, feathery plumes on its head, neck and breast. It has a slender black bill, black legs and yellow feet.

Snowy egrets eat mostly fish and crustaceans, but will also feed on frogs, snakes, worms and insects. They scurry around the water as they hunt, which is much more active than other herons and egrets, which stand still and silently stalk their prey. They use their feet to stir up mud under water, then stabs their bills into the water to find prey. Snowy egrets often forage in groups with other aquatic birds.

Owls, hawks, raccoons and poisonous snakes prey upon snowy egrets and their young.

In flight, the snowy egret holds its head back and its neck in a tight curve. It flies with rapid wingbeats and often flies in flocks when returning to roosting areas in the evening.

This bird's call is a low croak; during breeding season, it may make a woola-woola-woola sound.

Snowy egrets nest and breed in colonies, called rookeries, with other herons, egrets and ibises. Rookeries are found on Bay islands such as Poplar, Tangier and Fisherman. They nest in low shrubs or trees near the water. Males perform courtship rituals such as vocalizations and flight displays to attract a mate. Once they find a mate, the female builds a nest made out of woven sticks and twigs. Females lay three to six pale, greenish-blue eggs, which hatch in approximately 24 days. Chicks usually fledge two weeks after hatching. Snowy egrets can live as long as 17 years.