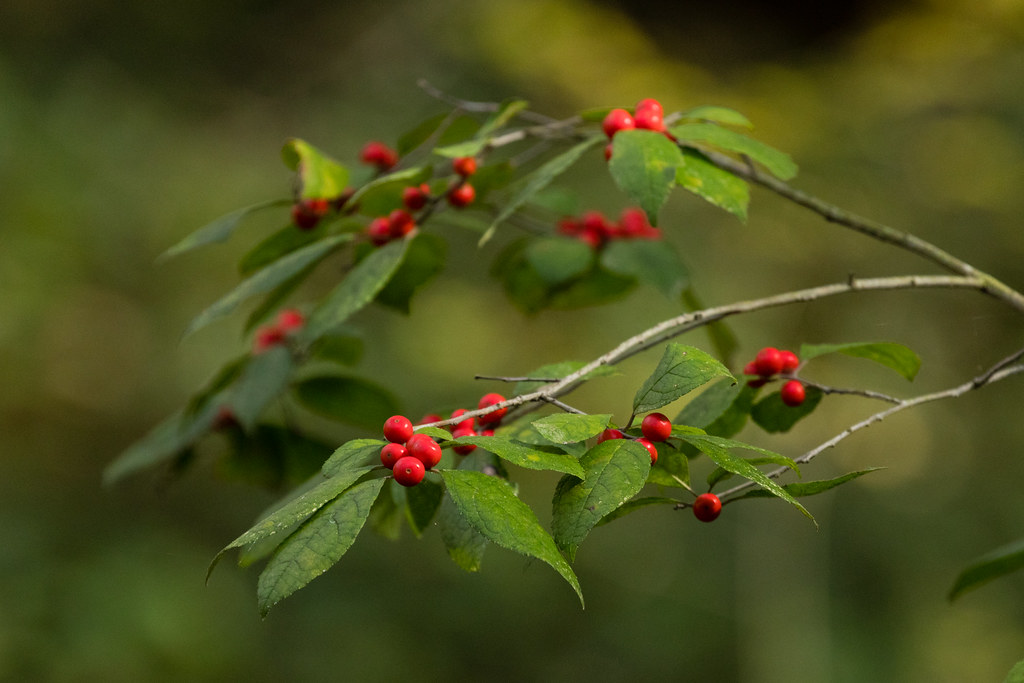 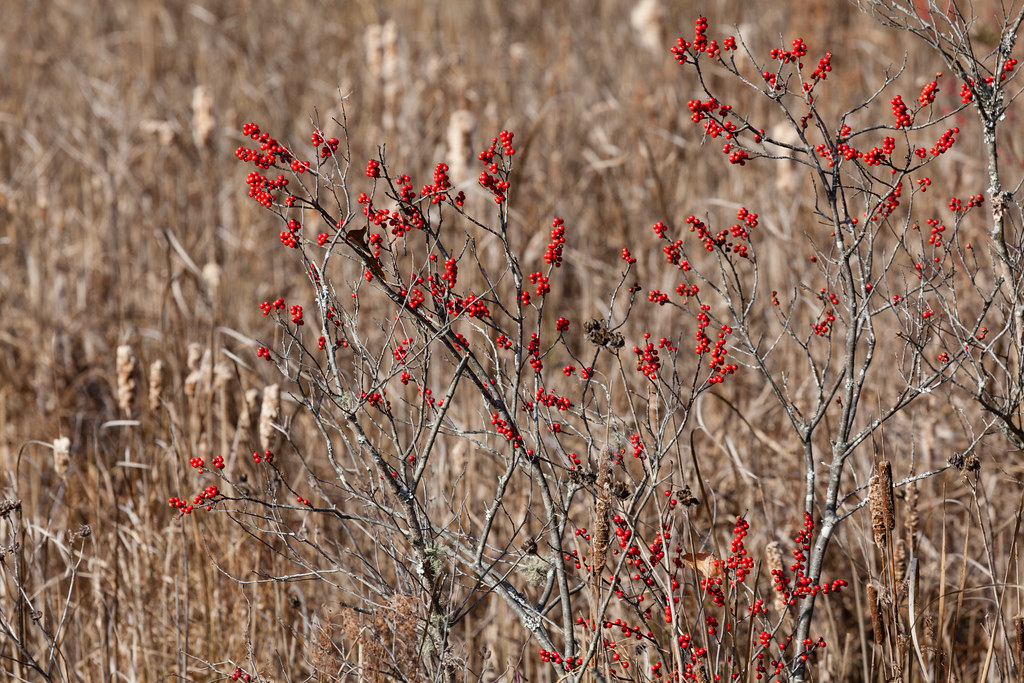 Winterberry grows at Crow's Nest Natural Area Preserve in Stafford County, Va., on Nov. 18, 2014. The preserve contains 2,872 acres on a high, narrow peninsula rising above the Potomac and Accokeek Creeks. It supports 750 acres of wetlands and 2,200 acres of mature hardwood forest. (Photo by Will Parson/Chesapeake Bay Program)

The winterberry is a deciduous shrub known for its display of bright fruit during winter. It is common in wetlands throughout the east coast of North America.

The winterberry can grow six to fifteen feet tall although new cultivated varieties have been bred to be smaller. The bark is smooth and gray. Green leaves remain on the plant from spring through fall, red drupes remain on the plant from fall through late winter. Small white flowers appear from April to June. The male flowers and female flowers have a slightly different appearance, with female flowers showing a small green bulge in the center and males having a recessed center.

The winterberry is a dioecious plant, meaning a male plant is needed to pollinate a female plant. One male must be within 40 feet of the female plant for successful pollination. One male can pollinate up to five female plants. Small white flowers appear from April through June. The drupes will appear in late summer at the same time that the plant loses its leaves. The berries will last through winter. The plant gender can only be determined when there are flowers or fruit. The plant will begin to grow new leaves in the spring.