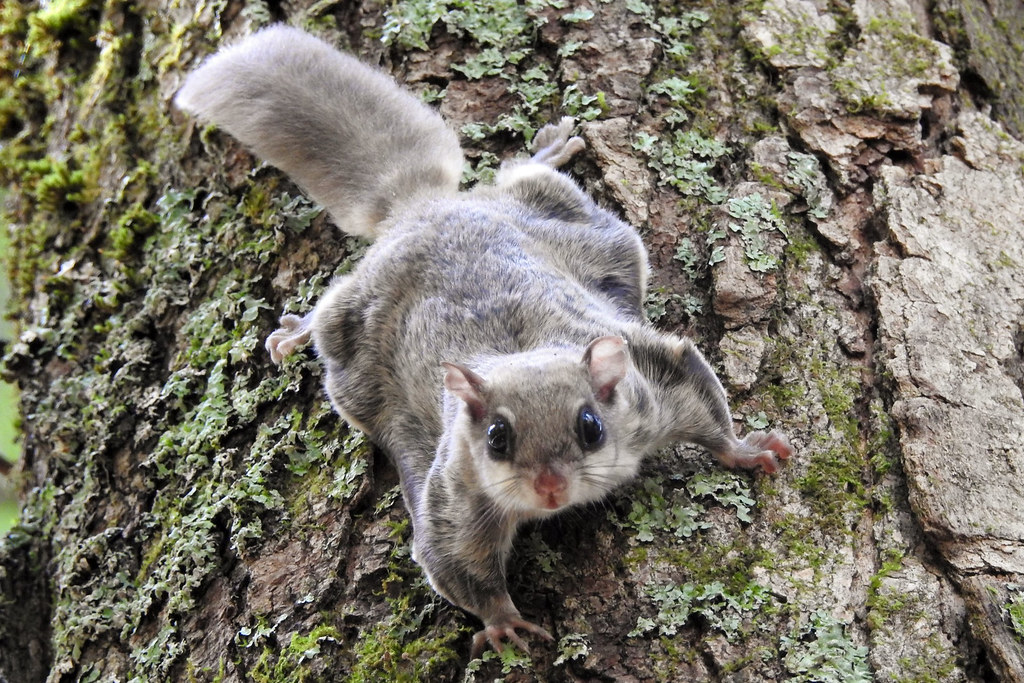 Southern flying squirrels have large eyes, grayish-brown fur and a large flattened tail that acts as a rudder when the squirrel is gliding. (Photo courtesy Todd Belanger/iNaturalist CC BY-NC) 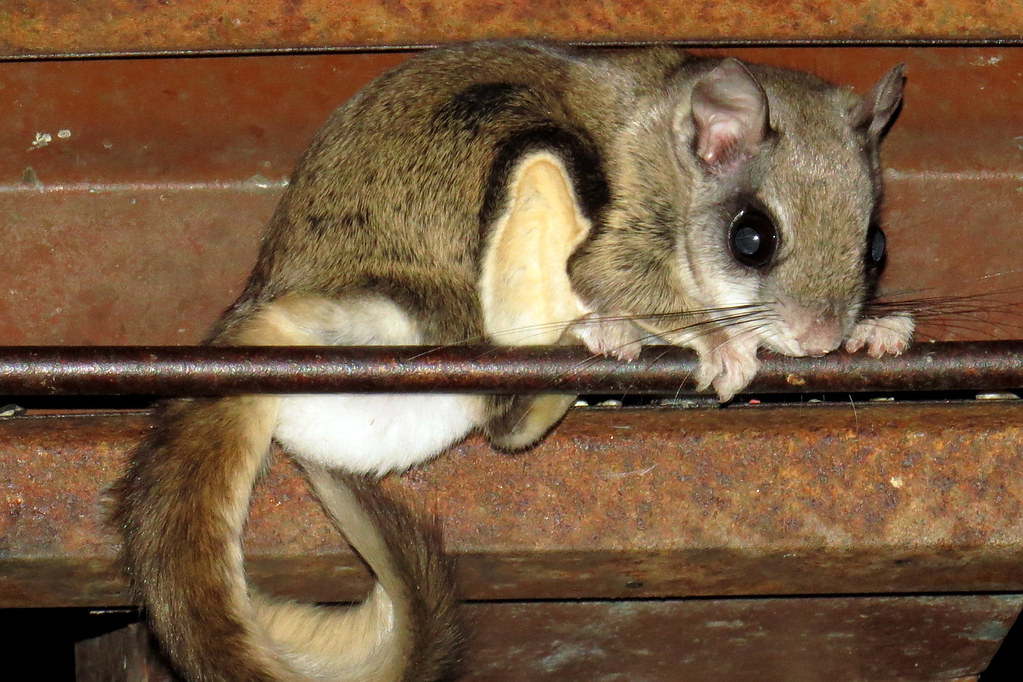 Flying squirrels do not actually “fly,” but rather glide by extending their legs to stretch out their fold of skin like a parachute. (Photo courtesy peggyo/iNaturalist CC BY-NC) 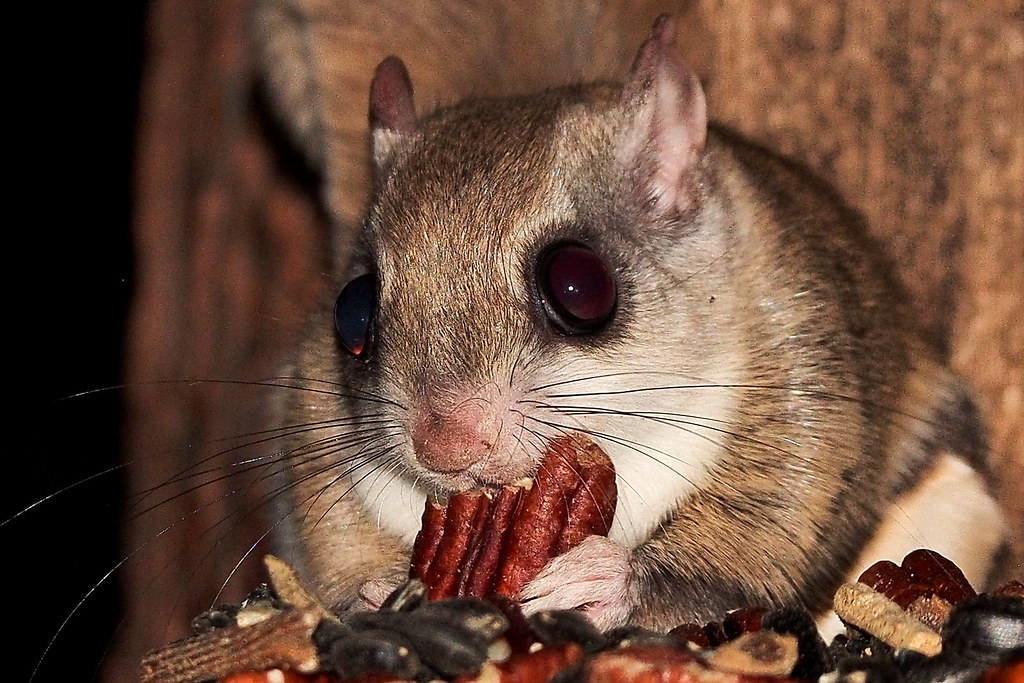 Southern flying squirrels have large eyes that allow the squirrels to see at night, when they are active. (Photo courtesy Ken Potter/iNaturalist CC BY-NC)

The southern flying squirrel is a small, grayish-brown mammal that is found throughout the Chesapeake Bay watershed in hardwood forests and areas with lots of deciduous trees.

The southern flying squirrel has soft, grayish-brown fur and a white belly. Its large eyes have dark rings around them, and it has prominent ears and whiskers. A fold of loose skin called a patagium stretches from its ankle to its wrist. Its broad, flattened tail is covered in fur. Southern flying squirrels grow to about nine to 10 inches in length and weigh about two to four ounces.

These squirrels mainly feed on nuts and acorns, especially those from hickory trees. They also eat berries, seeds, flowers, mushrooms, insects, bird eggs and dead mice. Each autumn, they may store up to 15,000 nuts to eat during winter, which they store underground or in tree cavities and crevices.

Hawks, owls, domestic cats, snakes, raccoons, weasels and red foxes may prey upon flying squirrels, who avoid predators by staying alert, being nocturnal and quickly running or gliding away from danger.

The southern flying squirrel does not actually “fly,” but glides by extending its legs to stretch out its fold of skin like a parachute. It usually glides about 20 to 30 feet, but has been recorded gliding up to 240 feet. Very agile, it steers around branches and other obstacles by using its tail as a rudder.

These squirrels produce vocalizations, including a high-pitched tseet and other chirping sounds. Vocalizations are sometimes above the frequency range of the human ear. Some scientists think that flying squirrels may use their vocalizations for echolocation.

Adults mate twice per year: once in February to March and again in late May to July. Females can produce two litters of two to four young each year if conditions are good. Gestation lasts 40 days. Males do not care for their young and typically leave before the litter is born. Young are born naked and helpless. Their ears open after two to six days, they begin to develop fur within a week and their eyes open after about four weeks. Young are weaned at six to eight weeks and able to glide soon after that. Young typically remain with their mother for about four months or until the next litter is born and reach sexual maturity in one year. Southern flying squirrels can reach five to six years old in the wild, but most probably die within their first year.