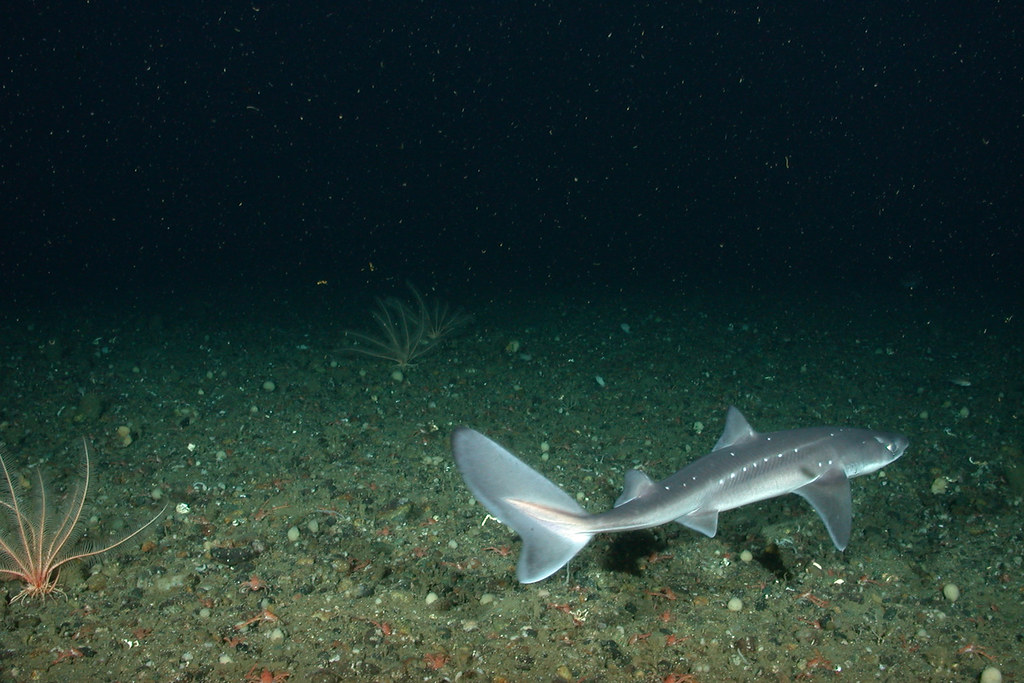 The spiny dogfish is named for the spines or spikes on its dorsal fins. (Photo courtesy of NOAA National Ocean Service)

The spiny dogfish is a small, abundant shark that visits the Chesapeake Bay from late fall to early spring.

Though females are slightly larger than males, the spiny dogfish is a relatively small shark, usually reaching only 3 to 4 feet in length and weigh about 8 pounds. Spiny dogfish have long, thin cylindrical bodies with grey backs and white bellies. White spots or bars along the sides of the spiny dogfish—though they fade as the shark ages—help distinguish it from other similar species. This shark is named, in part, for spines located on its two dorsal fins that can inject venom into predators.

Dogfish get their name because they often travel and hunt in packs. Spiny dogfish hunt alone or in packs of up to a thousand for schooling fish, smaller sharks, octopuses, squid, crabs and other prey. Sometimes, spiny dogfish will ram their prey with their nose.

Males reach maturity after about 11 years; females reach maturity after 18 to 21 years. In winter, pairs will mate in offshore waters. Once the eggs are fertilized, a protective shell forms and protects the embryo. After 4 to 6 months, the shells are shed and the young gestate for 18 to 20 more months, for a total of 2 years spent in the womb. An average of 6 pups are born at a time. Most spiny dogfish live 20 to 24 years, but some have lived to 50 years old.