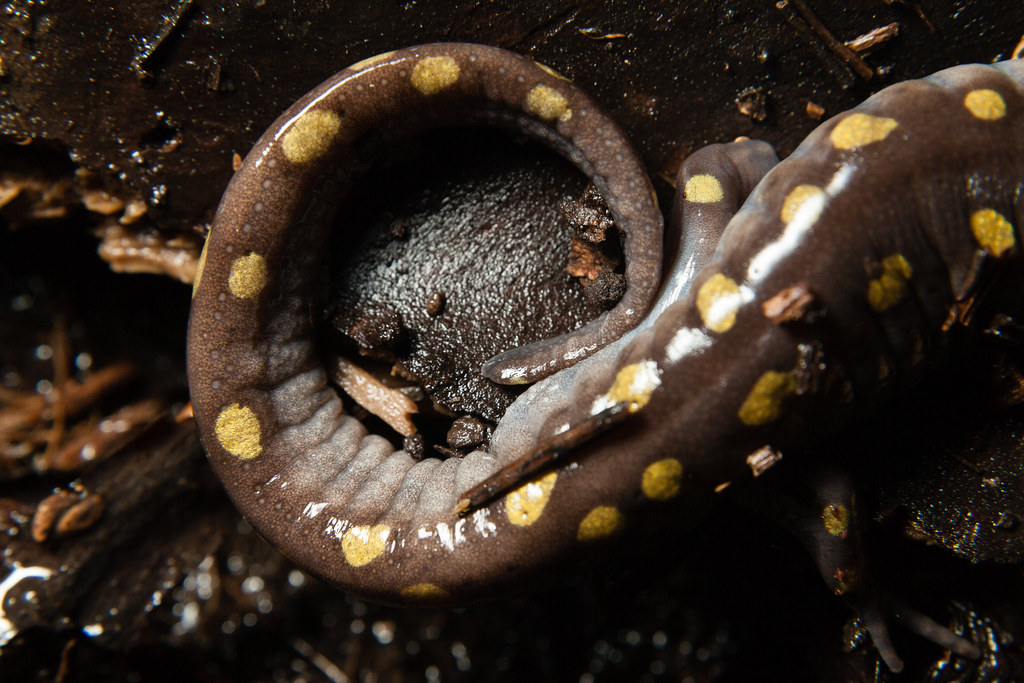 Spotted salamanders have two rows of bright yellow or orange spots lining their backs. Above, a spotted salamander rests near the edge of a vernal pool in Edgewater, Md., on March 26, 2015. (Photo by Will Parson/Chesapeake Bay Program) 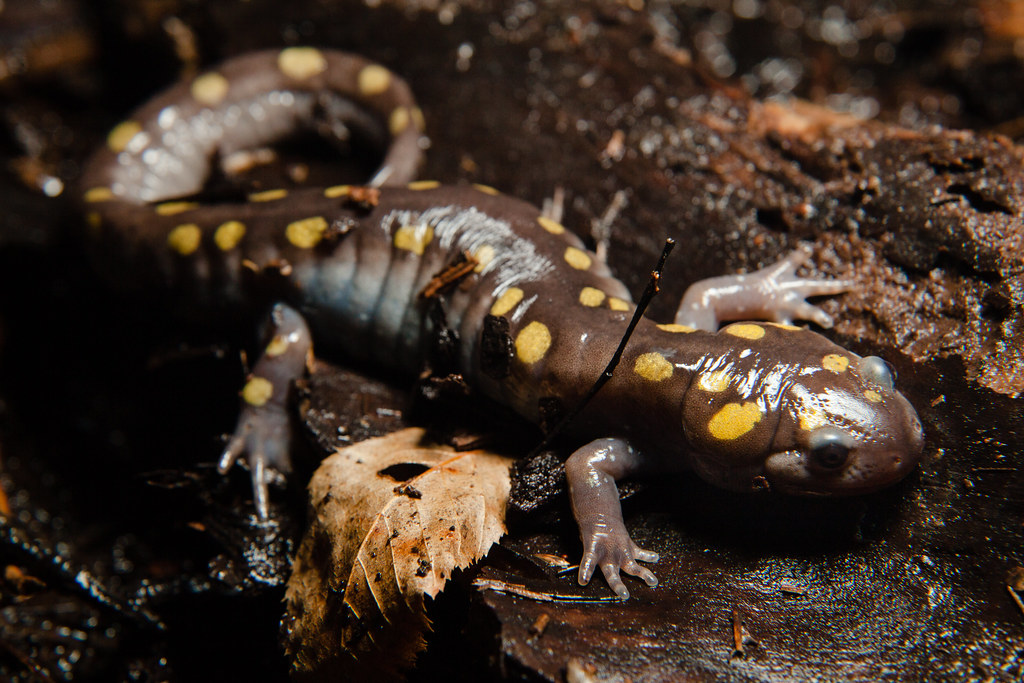 A spotted salamander rests near the edge of a vernal pool in Edgewater, Md., on March 26, 2015. These grey, black or bluish salamanders can reach nine inches in length. (Photo by Will Parson/Chesapeake Bay Program)

Spotted salamanders are grey, black or bluish and live in all of Chesapeake Bay watershed except the Delmarva Peninsula. They spend most of their lives sheltered under leaf litter, logs and rocks.

Adult spotted salamanders range from 6 to 9 inches in length. Females grow larger than males. They have stout bodies and rounded snout with large, strong legs that have four to five toes. The two rows of yellow or orange spots along their backs contrast with a dark grey, black or blue base color.

Larvae are aggressive predators that will eat any small animal they can catch. This includes tadpoles, insects, other salamander larvae and even members of their own species if food supplies are scarce.

Spotted salamanders communicate by smell, sight and touch. They rarely vocalize unless under attack.

Breeding takes place at the end of winter, after the ground thaws. Adults migrate to freshwater breeding pools in response to the first spring rains, with males arriving first. There are more males in each breeding pool than females. Males compete for mates by rubbing, bumping and nosing into each other.

Males produce droplets of sperm that females take in to fertilize eggs. Males can fertilize several females, and females can take in sperm from several males. Females produce 100 to 300 eggs per year, laying egg masses under water and attaching them to submerged objects.

Eggs hatch in four to seven weeks. Larvae are a dull olive-green and are born with gills. Larvae transform into juveniles in two to four months, losing their gills and moving to land. Juveniles mature into breeding adults in two to three years.

More than 90% of offspring die before they leave their pond, due to predation, disease and ponds drying up. Adults can live for 20 to 30 years.