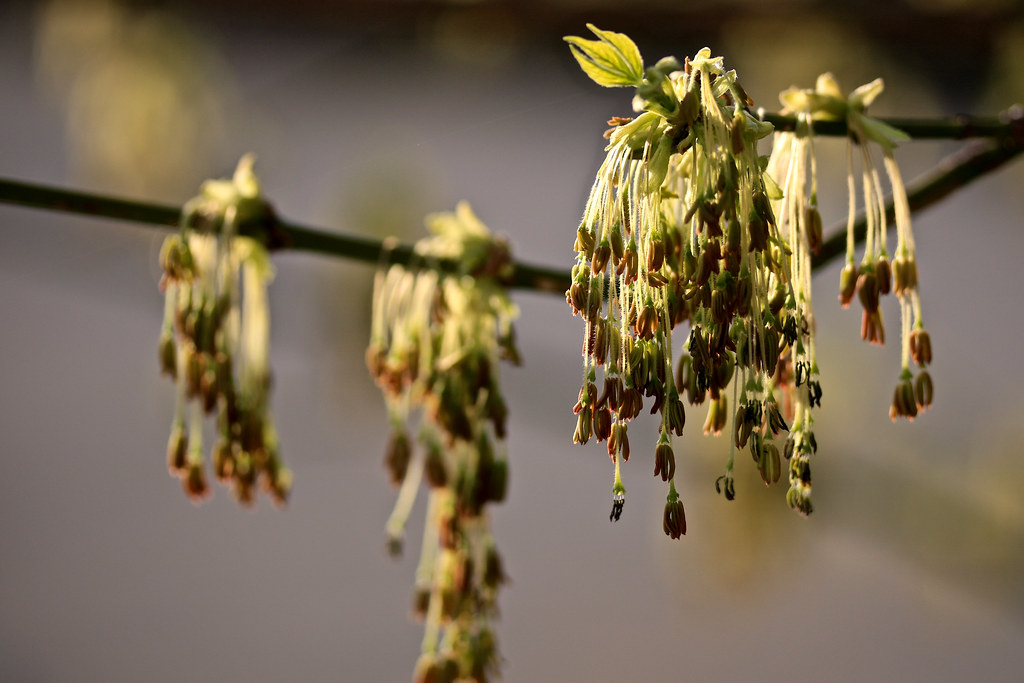 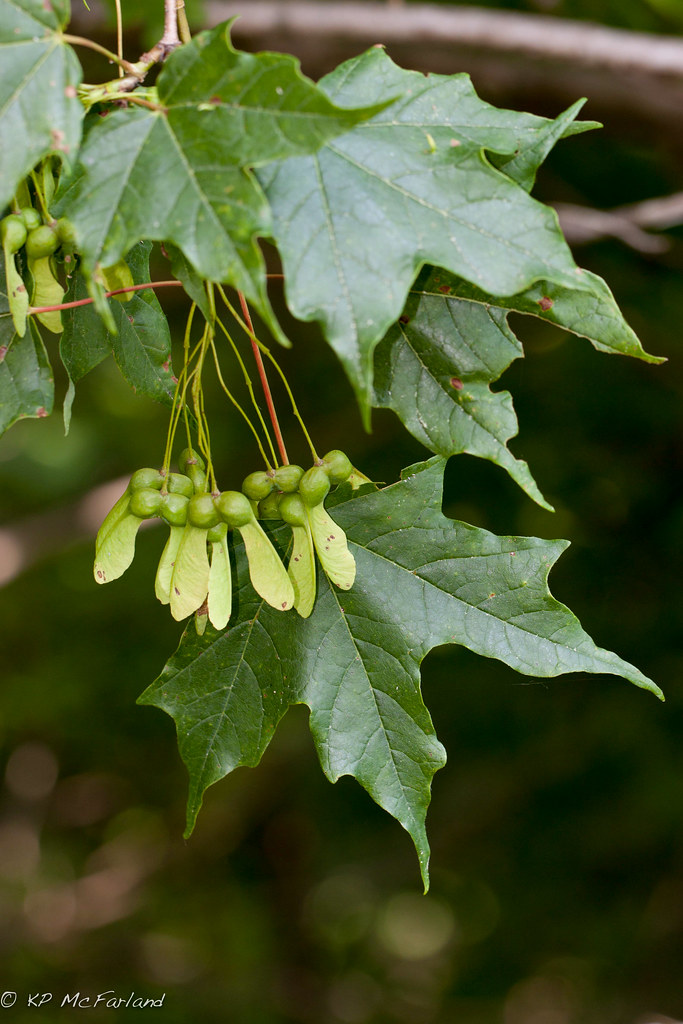 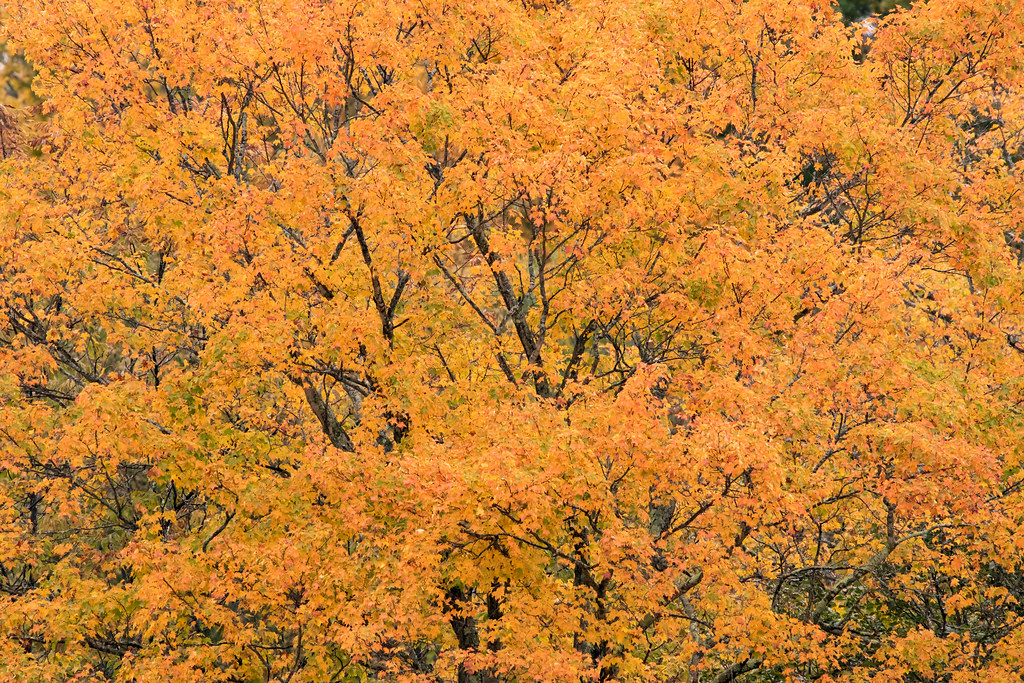 A sugar maple's leaves turn yellow at the National Conservation Training Center in Shepherdstown, W.Va., on Nov. 4, 2017. (Photo by Will Parson/Chesapeake Bay Program)

The sugar maple is a deciduous hardwood tree with pointed lobed leaves. It can be found throughout the Chesapeake watershed.

The sugar maple has leaves with five pointed lobes. The leaves are green with a paler underside and turn red, orange or yellow in the fall. It has yellow-green drooping flowers and helicopter seeds about an inch in length. The gray bark of the tree is furrowed and becomes darker and shaggier as the tree gets older. It can grow to more than 70 feet in height with a spread of 40 to 50 feet.

Various parts of the tree are eaten by deer, squirrels and porcupines.

Sugar maples don’t reach seed-bearing age until they are 30 to 40 years old. The trees produce yellow-green flowers sometime between April and June. The fruit is a winged nutlet, or the helicopter type—two connected winged seeds that spin through the air—and ripens between June and October. Though the seeds are produced every year, seed production peaks every two to five years.