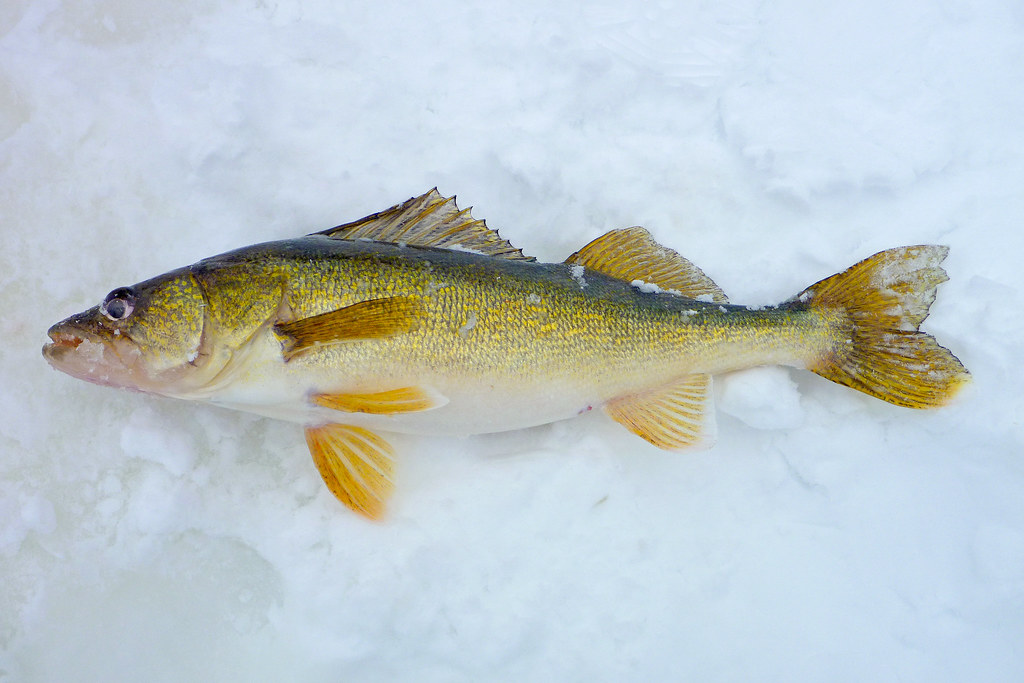 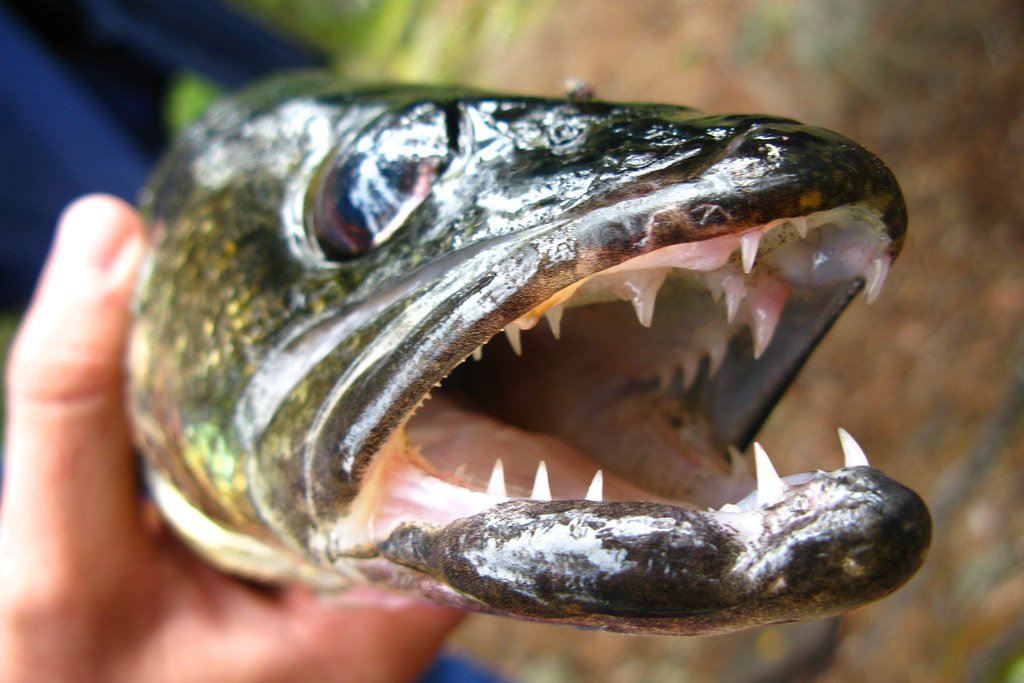 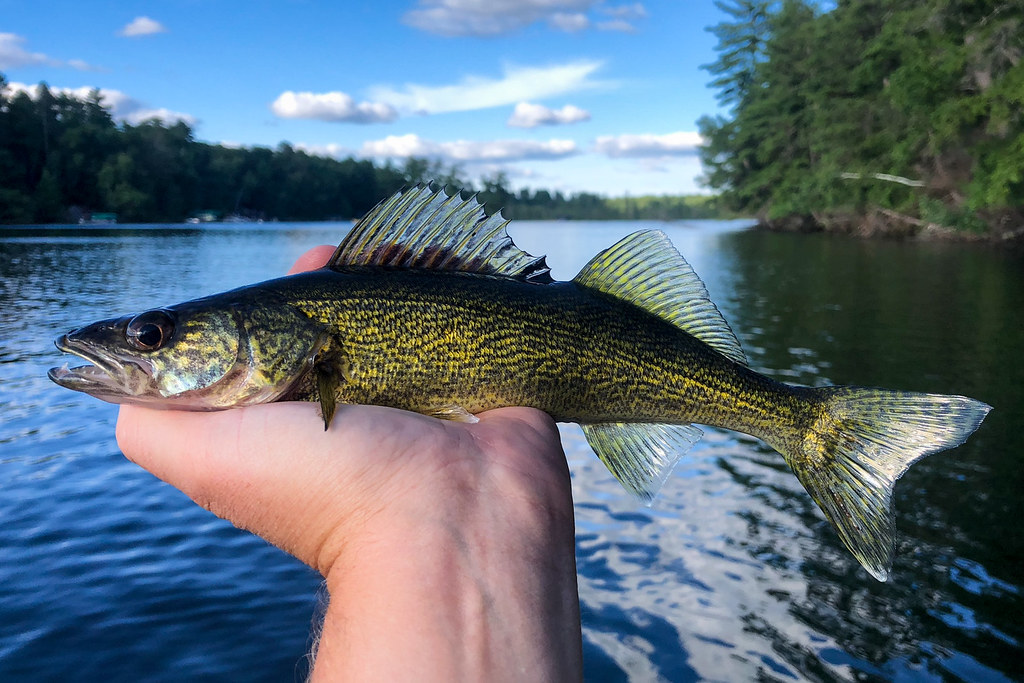 Walleyes are nocturnal top predators that feed on other fish. They are the largest member of the perch family and are not native to the Chesapeake Bay.

The walleye is the largest member of the perch family, growing to 30 inches and weighing 10-20 pounds.​ It’s back is dark or olive green with five to 12 narrow dark bands, light brownish yellow sides and a white belly. They have long, thin bodies and large mouths filled with sharp teeth. Walleyes have two dorsal fins, an upper spiny one and lower soft-rayed one, as well as a white-tipped caudal fin and anal fin. The walleye is named after its large, pearlescent, opaque eye, which is caused by a reflective layer of pigment called the tapetum lucidum. This layer helps them see and feed at night, giving the walleye a sight advantage over other fish.

Adult walleyes are top predators and eat mostly other fish. They do not have any natural predators in their habitat except humans, who catch and eat adult walleye. The eggs and young fish are susceptible to predation by other fish such as white bass, muskellunge, white perch, largemouth bass, northern pike and catfish. The young walleye avoid predation by staying near cover, where they can find places to hide from larger fish.

Male walleyes reach sexual maturity in two to four years, and females reach sexual maturity in three to five years.​ Walleye spawning starts in the early spring, when water temperatures exceed 46 degrees Fahrenheit. Adult walleye will gather and spawn in gravelly shallows of tributary streams that flow into large reservoirs, or along the rocky face of dams within the reservoir, where there is a current to clear away sediment and aerate the eggs. Females can deposit more than 100,000 eggs, which they deposit along the rocks and leave to develop without any parental care. The eggs are sticky and will stay attached to the rocks and gravel. After about two weeks, the eggs hatch and the young walleyes leave the spawning area to grow and develop. The average walleye lives about 10 years.