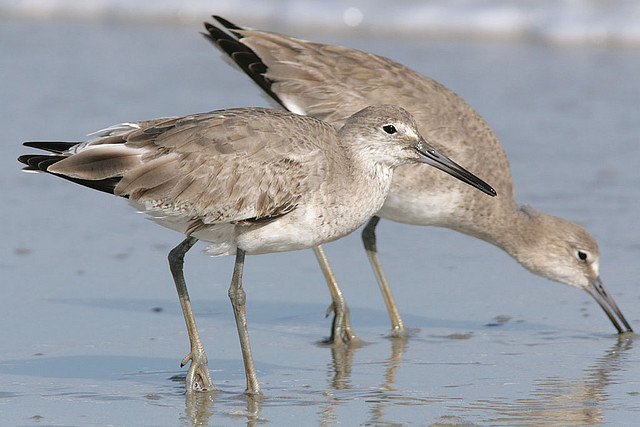 Willets are large, grayish-brown sandpipers that lives in salt marshes and on tidal flats. (Patrick Coin/Flickr) 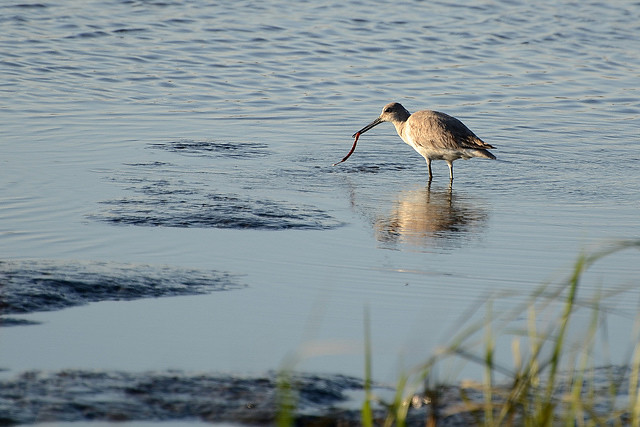 The willet is a large, grayish-brown sandpiper with a distinctive black and white wing pattern. It lives in the Chesapeake Bay’s salt marshes and on tidal flats from spring through autumn.

Willets grow to around 17 inches in length. They have mottled grayish-brown plumage, a brown belly and a large white wing stripe that is bordered by black. They have a long, straight bill and bluish-gray legs.

In flight, willets can be identified by their prominent, distinctive black and white wing pattern.

The call of the willet is a noisy pill-will-willet.

From mid-May to late July, willets nest in the lower Eastern Shore’s tidal marshes. Females lay an average of four olive-colored eggs into a grass-covered depression in the ground. About two to three weeks after the chicks hatch, the female abandons the nest. The male remains for about two more weeks to care for them. Willets can live for 10 years.