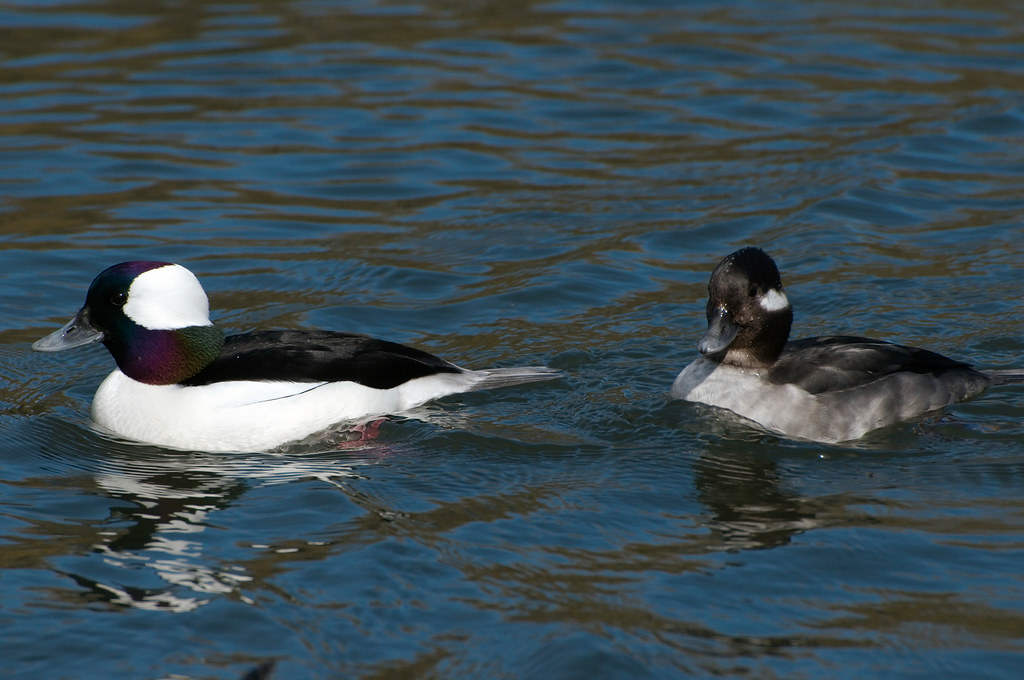 Buffleheads vary in color and pattern depending on sex: males have a white chest, black back and a greenish-black head with a white "bonnet" on the back, while females are mostly grayish-brown with a white smudge on the cheek. (Kevin J. Woolley/Flickr) 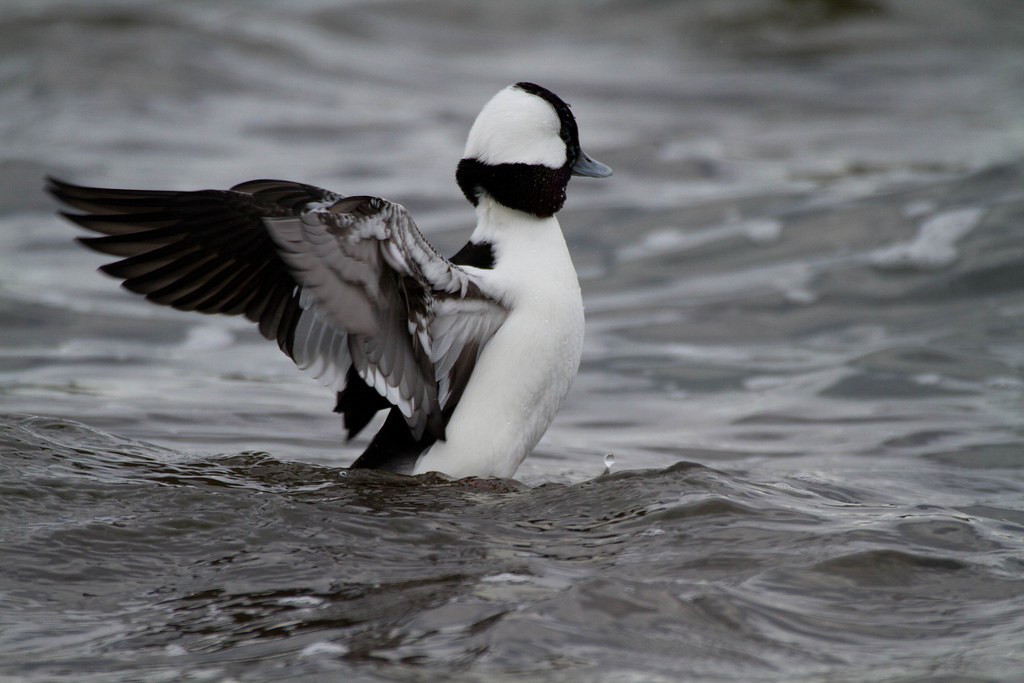 Unlike most diving ducks, which run across the water's surface before taking off, buffleheads take off by flying straight up from the water. (Ian Redan/Flickr) 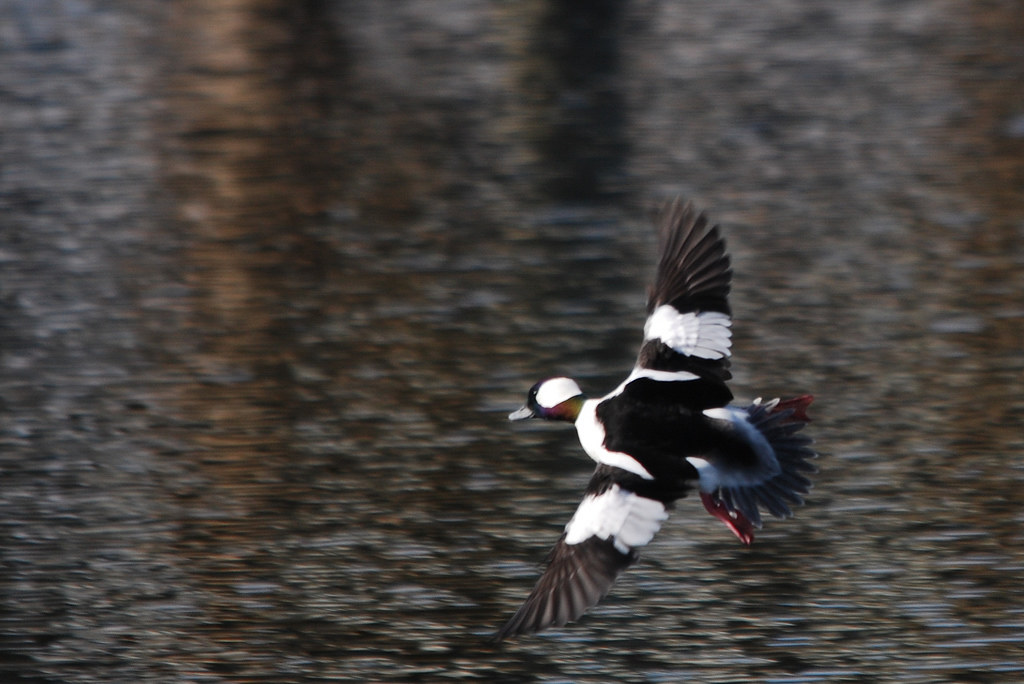 Buffleheads be identified in flight by their black-and-white patterns and white wing patches. (dave and rose/Flickr)

The bufflehead is a small, chunky, energetic diving duck that visits the open waters of the Chesapeake Bay and its rivers from autumn through spring.

The bufflehead has a small, chunky body, a short neck and a short, gray bill. They grow to about 15 inches with a wingspan of 24 inches. Males and females have different patterns and coloring. Males are mostly white with a black back. They have a glossy, greenish-black head with a large white patch on the back that looks like a bonnet. Females have a whitish-gray chest and a grayish-brown back, head and wings. They have a white patch on their wings and a small white smudge on their cheeks.

The bufflehead’s diet varies seasonally and by habitat. When visiting the Chesapeake Bay watershed, the bufflehead eats a variety of seeds, aquatic plants and small animals, including insects, mollusks, crustaceans and small fish. It dives for its prey and swallows it whole while still underwater.

Buffleheads are vulnerable to a variety of predators, including minks, hawks, falcons and bald eagles. One bufflehead will usually watch for predators while the others in its flock dive for food. Female buffleheads are particularly vulnerable when perched on the nest. Squirrels, black bears and weasels have all been known to feed on bufflehead eggs.

The bufflehead takes off by flying straight up from the water. This is different than most diving ducks, which run across the water’s surface before taking off. It flies low over the water and high over the land, and can be identified in flight by its black-and-white patterns and white wing patches. You can also identify buffleheads by their small size, fast wingbeats and habit of rocking side-to side as they fly.

Buffleheads are usually silent during winter, when it is not breeding season. Courting males make a hoarse squeak, squeal or rasp. Females may make a loud, deep throated vocalization in response. Females also use a distinct low note to call their young. The sound speeds up and increases in volume if she becomes distressed.

Buffleheads do not nest and breed in the Bay region. Their breeding grounds are located mostly in Alaska and northern Canada. Males court females by bobbing their heads and flying low over females to display their black and white underside and pink legs. Unlike most ducks, buffleheads are monogamous and stay with the same mate for several years. Females lay an average of nine eggs per clutch, primarily using nests constructed by other species. These nests are typically hollowed out cavities in trees and are close to a body of water. Bufflehead chicks hatch after 28 to 35 days. They live in the nest for up to two days before they are encouraged to leave. The mother bufflehead will continue to protect her chicks for three to six weeks, at which point the young buffleheads are considered independent. Buffleheads live 2.5 years on average in the wild, though some have been known to live as long as 18 years.