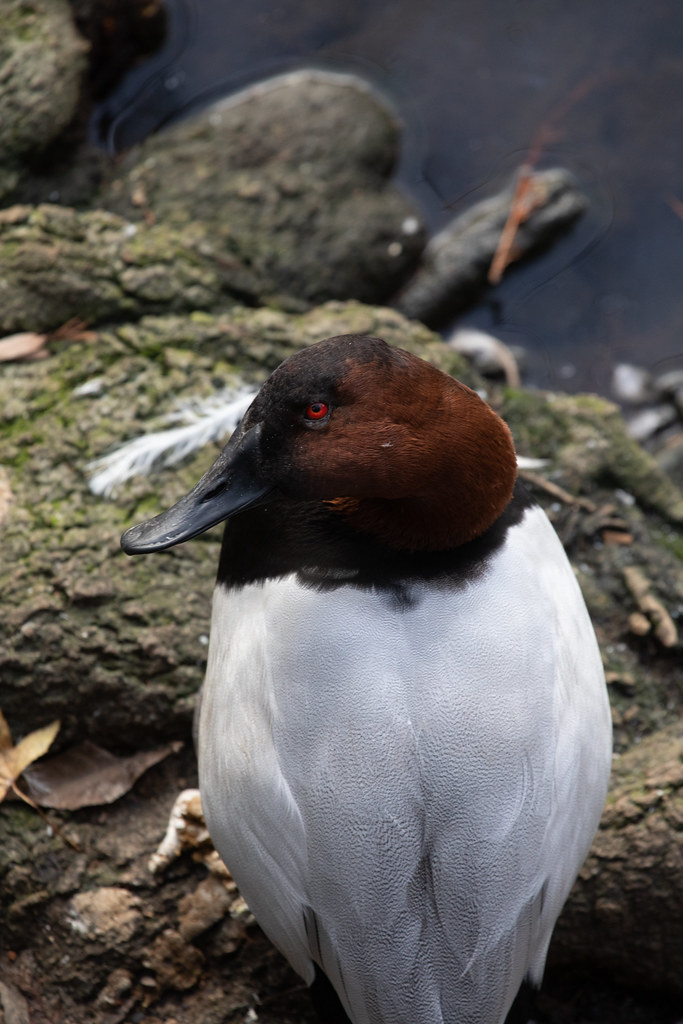 A canvasback (Aythya valisineria) resides at the Virginia Living Museum in Newport News, Va., on Dec. 30, 2018. (Photo by Will Parson/Chesapeake Bay Program) 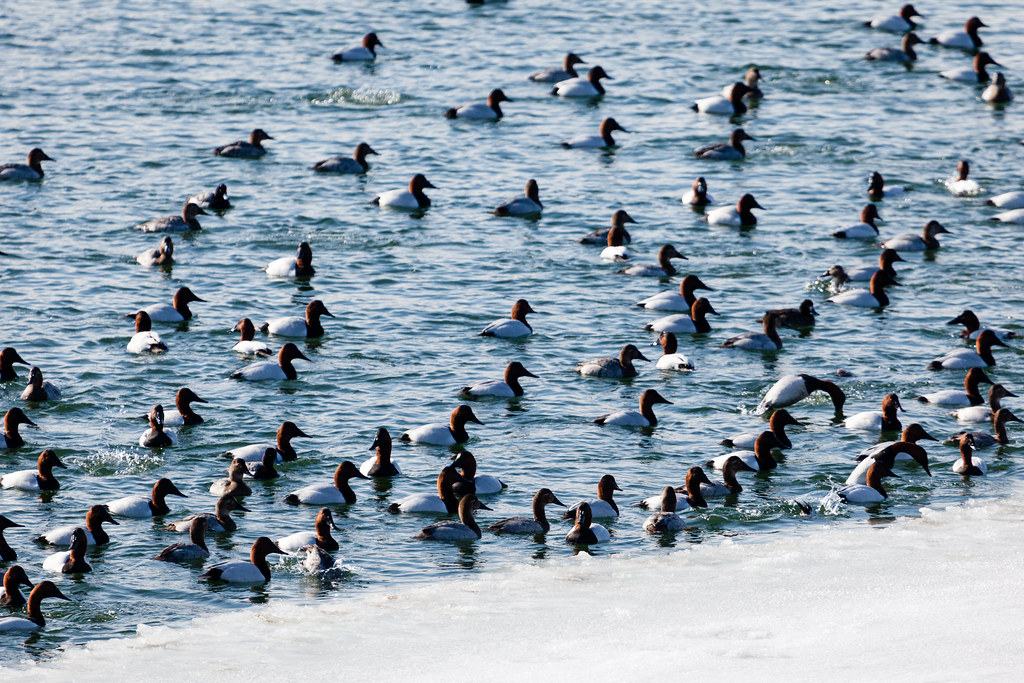 Hundreds of canvasback ducks flock together on deeper, open waters of the Chesapeake Bay at Jonas Green Park in Annapolis, Md., on Feb. 26, 2015. The waterfowl took turns diving under the surface of the water, right at the edge of the ice. (Photo by Will Parson/Chesapeake Bay Program) 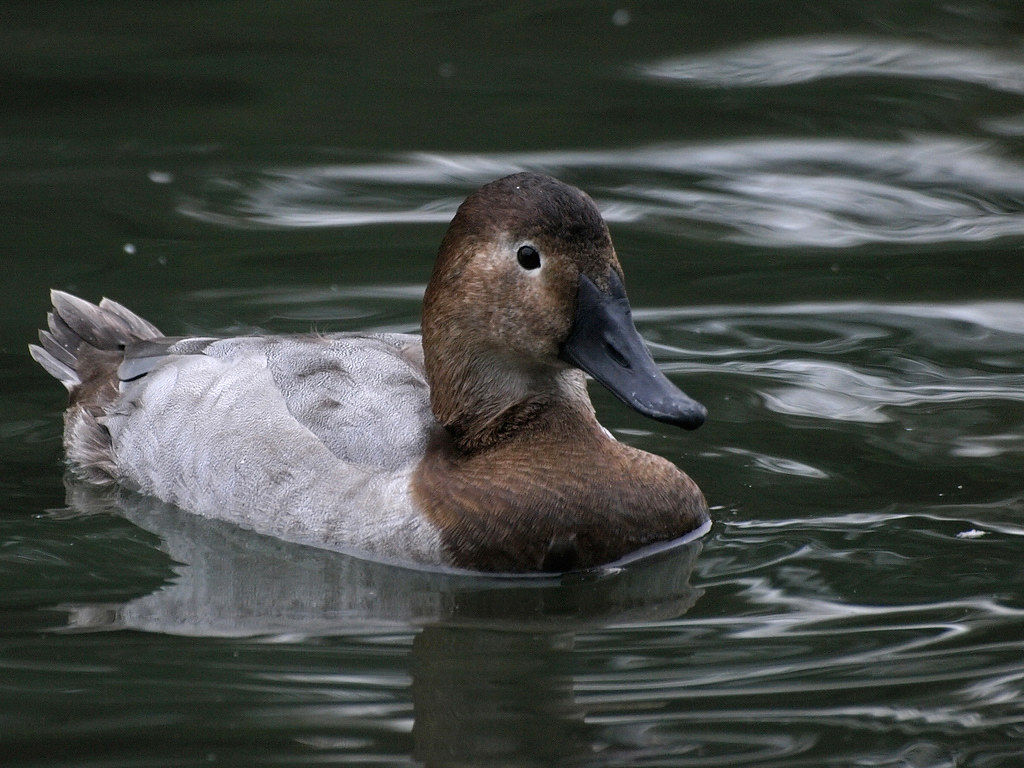 Female canvasbacks have a brownish head and chest, a whitish body and a brownish tail. (Ingrid Taylar/Flickr) 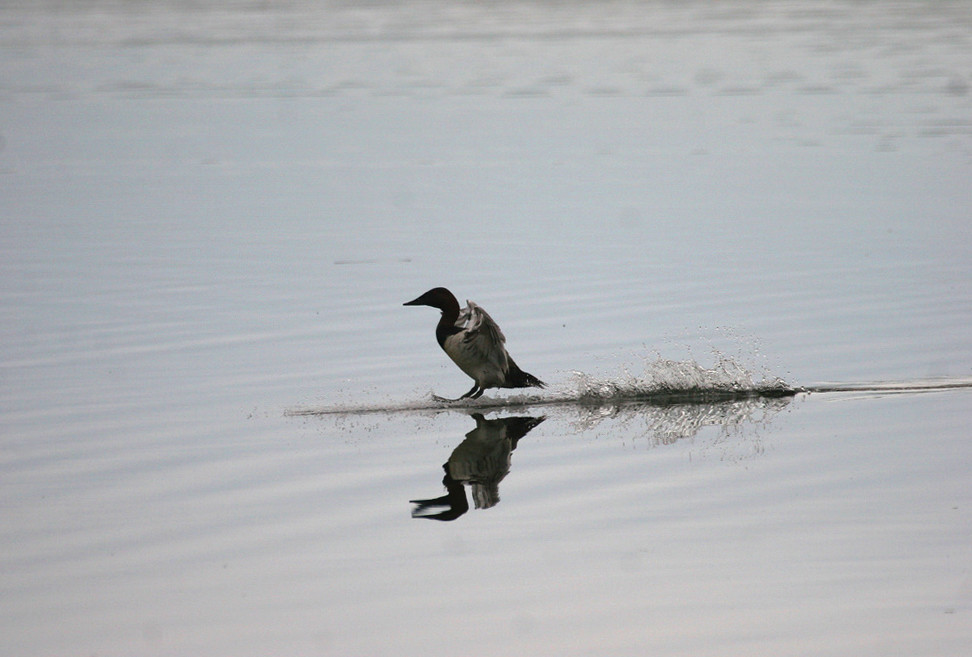 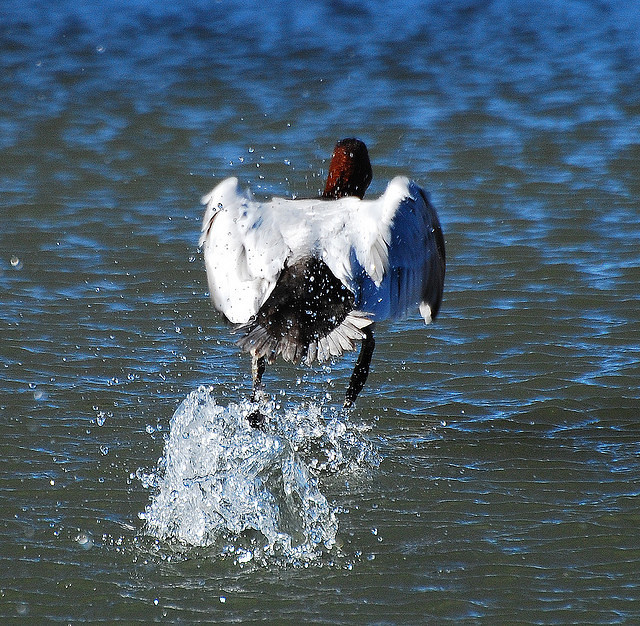 Canvasbacks take off by running across the water’s surface. (Jerry Oldenettel/Flickr) 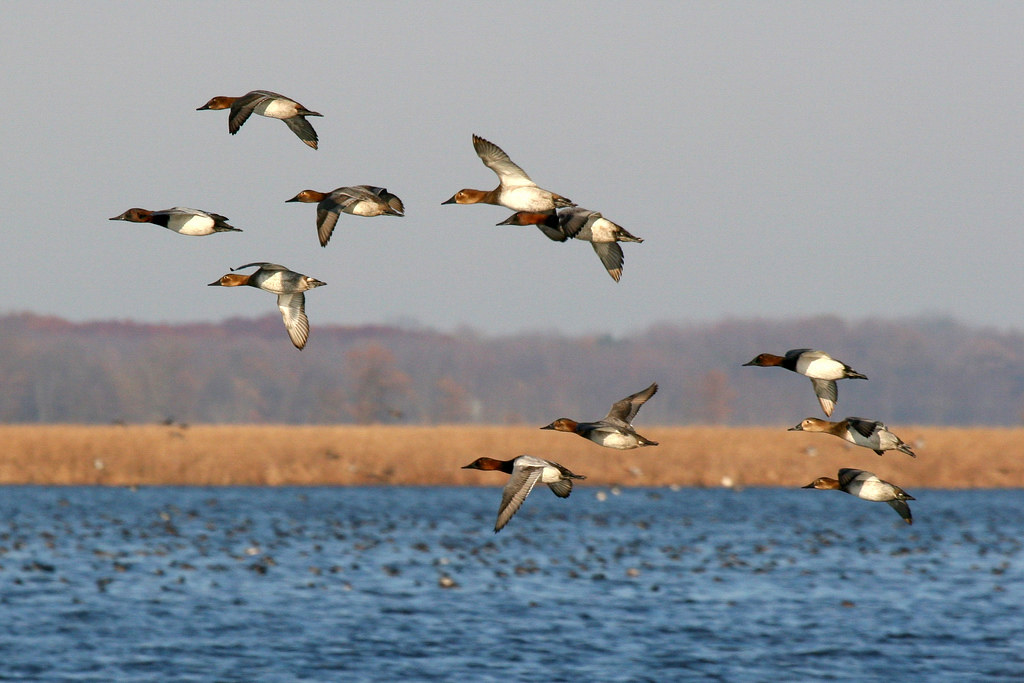 Canvasbacks can be identified in flight by their white body and black chest. (Dominic Sherony/Flickr)

The canvasback is a large diving duck with a distinctive long, sloping facial profile. It visits the Chesapeake Bay and its tidal rivers from autumn through spring.

The canvasback's head slopes into its long, dark bill, giving it a distinctive silhouette. It varies in color depending on sex: males have a rusty red head and neck, a black breast, a white body and a black tail, while females have a brownish head and chest, a whitish body and a brownish tail. This duck grows 18 to 22 inches in length.

The canvasback eats leaves, buds and roots of underwater grasses, particularly wild celery. It has adapted to feed on snails, macoma clams, insect larvae and other small invertebrates due to declining underwaters grasses in the Chesapeake Bay. It dives to find its prey.

The canvasback takes off by running across the water’s surface. One of the fastest flying ducks, it reaches speeds of 55 miles per hour in the air. It can be identified in flight by its white body and black chest.

Courting begins and pairs form in early spring, before the ducks leave the Bay region for breeding grounds in North America's Prairie Pothole Region. They form nests over water, protected by marsh vegetation such as cattails and bulrushes. Females lay 8 to 10 eggs and incubate them for 24 to 29 days. After hatching, young are tended to by the female for several weeks, at which point the ducklings are left to fend for themselves until they can learn to fly (60 to 70 days old). The oldest recorded canvasback was 22 years old.