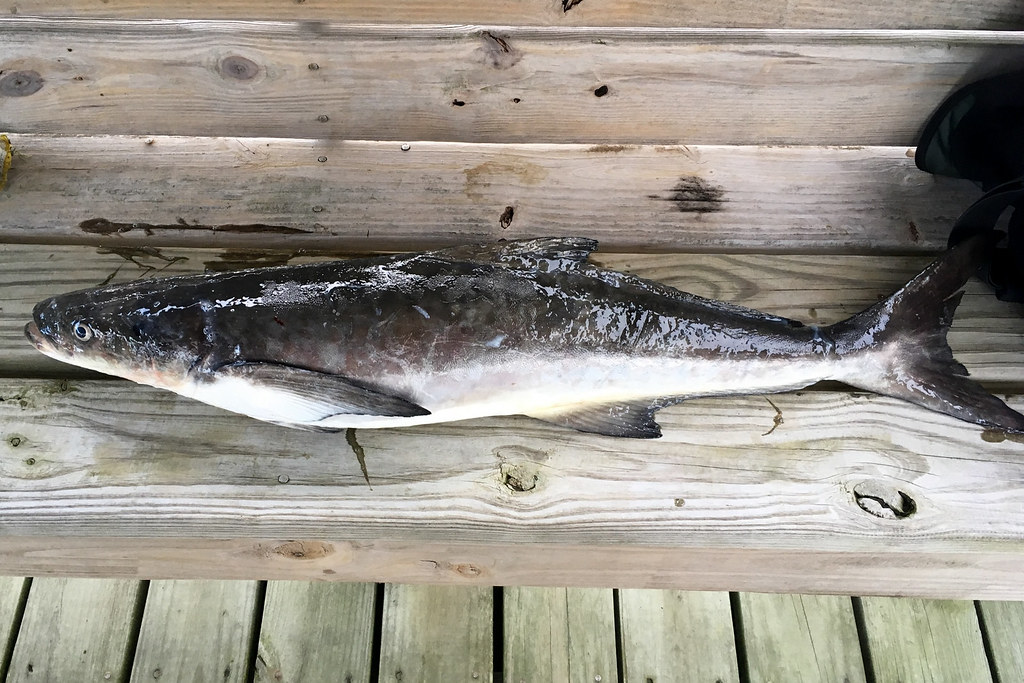 Cobia have two silvery bands sandwiching a dark band that runs along the sides from the head to the tail. (Photo courtesy Johnny Wilson/iNaturalist CC BY-NC) 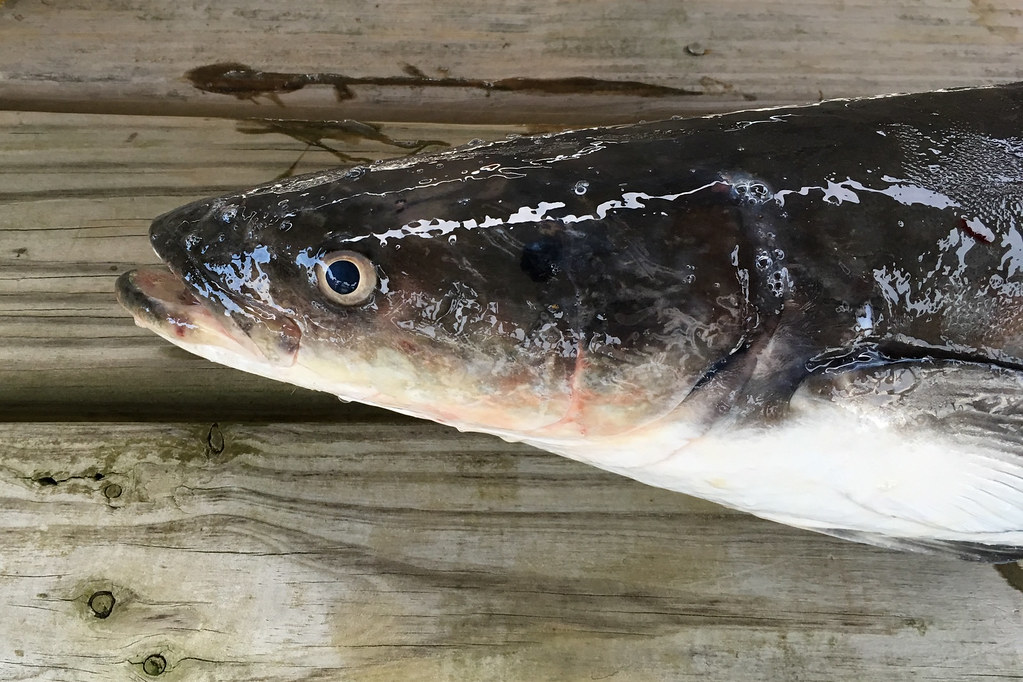 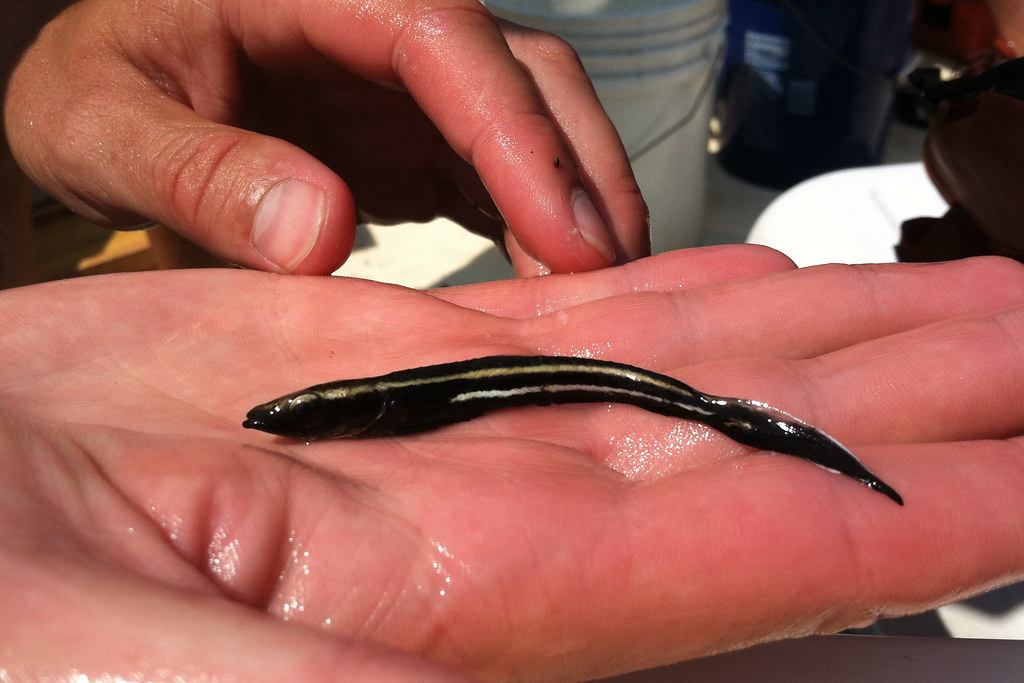 Cobia are large, long fish with a dark stripe running along the sides of the body. They visit the lower Chesapeake Bay's open waters from spring through autumn.

The cobia has a long body that that is blackish on the back and brown on the sides, usually growing 3 to 4 feet long and weighing more than 50 pounds. Two silvery bands sandwich a dark band that runs along its sides from the head to the tail. Its belly is yellowish- or grayish-white. Its flattened head has a large mouth with a protruding lower jaw. Seven to 10 sharp spines run along the front of its dorsal fin, and its tail fin is forked.

An opportunistic hunter, cobia have a broad diet and big appetite. They eat mostly crabs and shrimp but will also feed on squid and smaller fish.

Spawning occurs from June through mid-August near the mouth of the Bay or just offshore. Around October, cobia migrate out of the Bay to warmer southern waters near the Florida Keys.

Cobia can spawn more than once during the spawning season. Eggs collect near the surface of the water and usually hatch within 24 hours of being fertilized. Young grow rapidly during their first two years. Mostly solitary, cobia will sometimes form small groups. They have prominent white stripes on their sides that fade as they grow. Cobia can live up to 12 years.