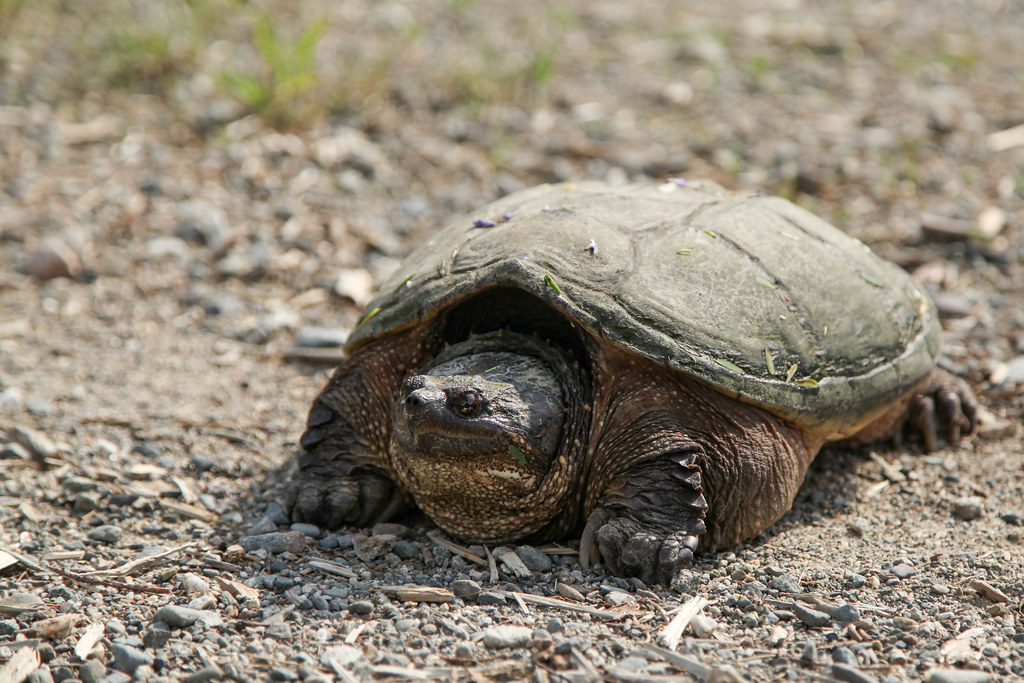 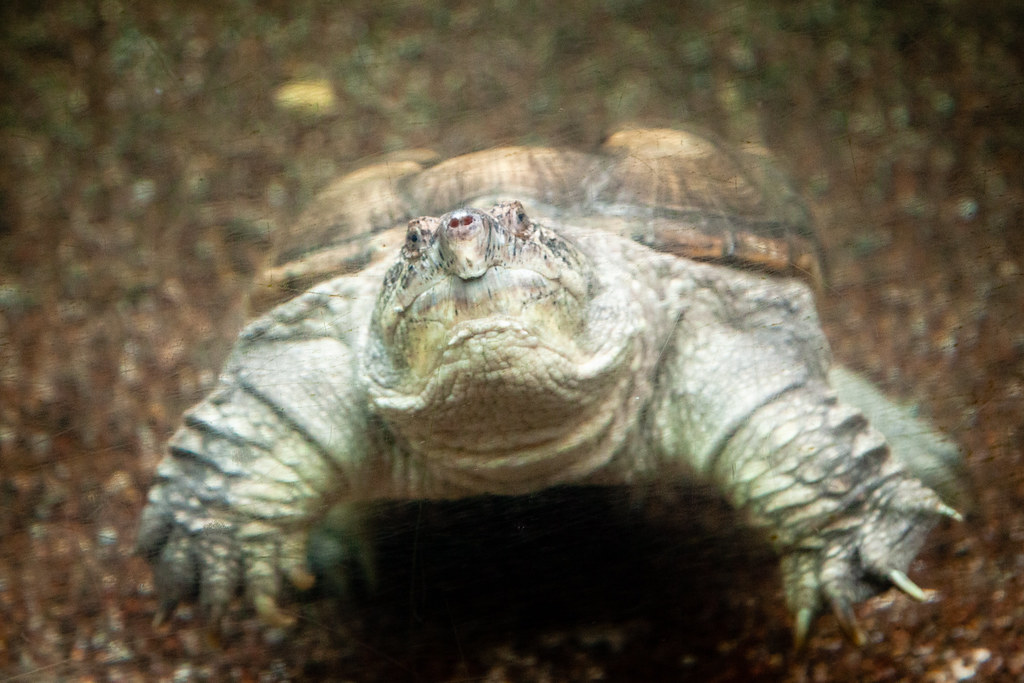 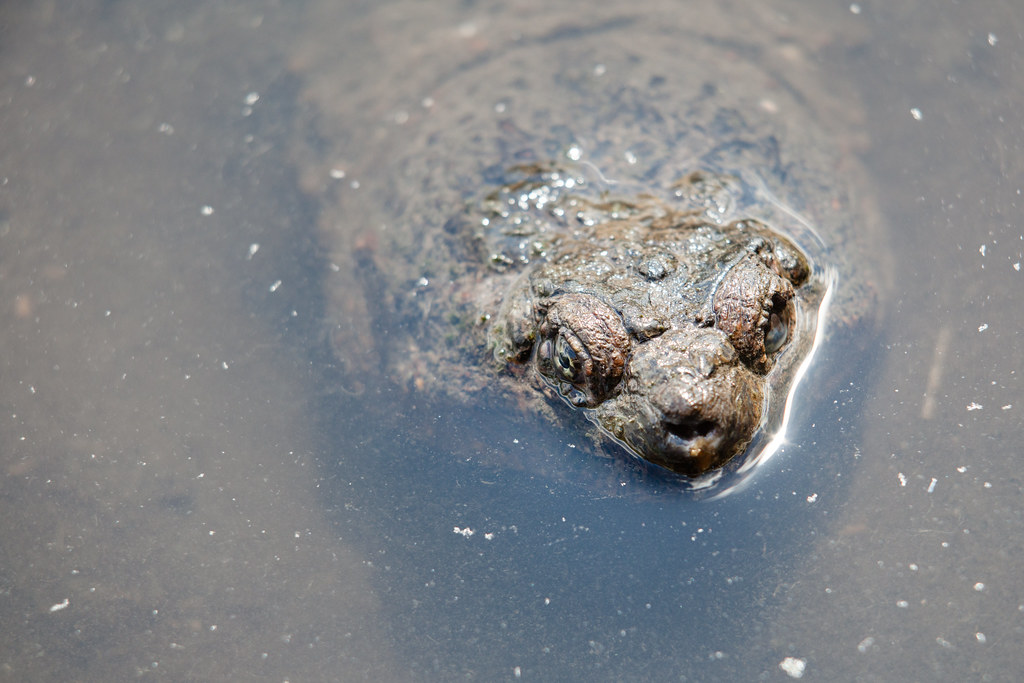 A snapping turtle rests just below the surface at Goodyear Swamp Sanctuary in Cooperstown, N.Y., on May 22, 2015. The Biological Field Station has had to close access to the swamp due to a lack of funds for maintenance. (Photo by Will Parson/Chesapeake Bay Program) 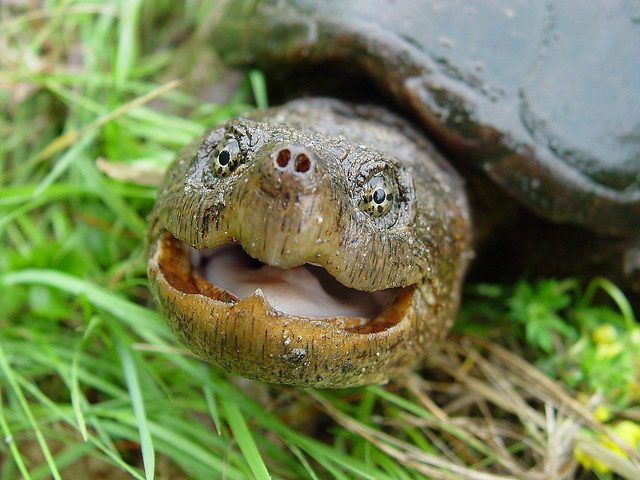 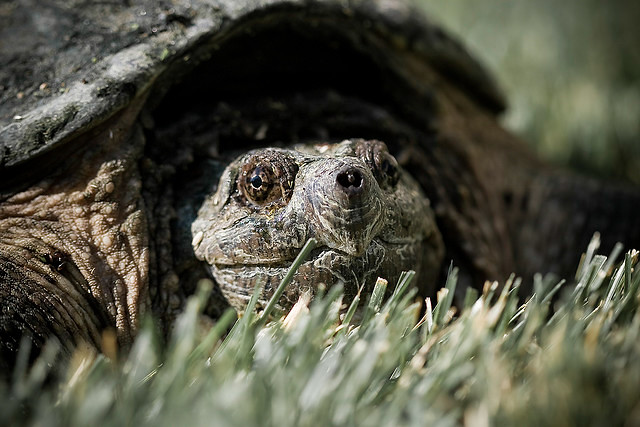 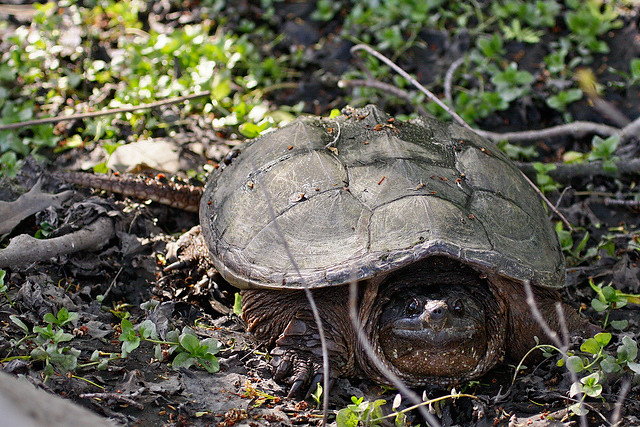 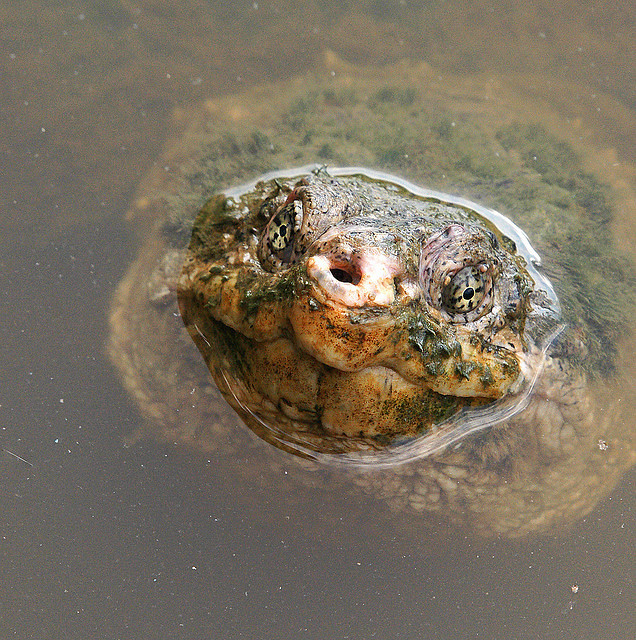 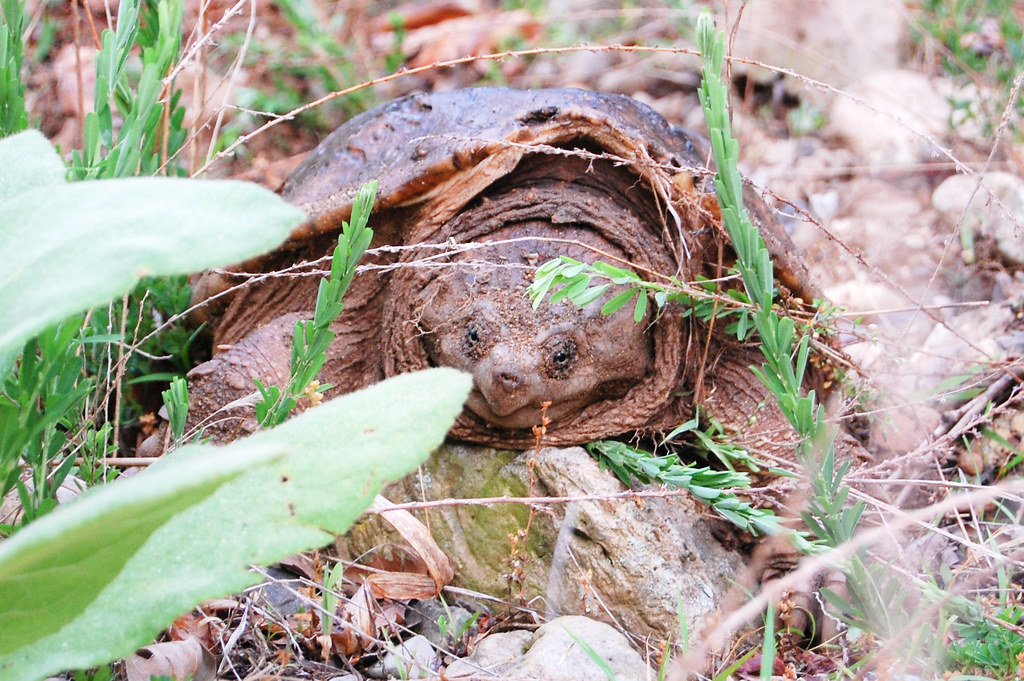 The common snapping turtle is the largest freshwater turtle in the Chesapeake Bay watershed. It lives in both freshwater and brackish water environments.

Snapping turtles have large claws, an alligator-like tail, a thick shell and scaled legs. The top of their jaw extends over the lower half and their nostrils sit at the very top of their nose.

Their diet includes plants and animals. They will eat aquatic vegetation and hunt insects, reptiles, amphibians, small mammals and birds.

Mating always occurs in the water each spring between May and June. After mating, females will travel up to one mile to find a suitable nesting site. Females will dig a hole and lay 10-50 eggs and cover the eggs to hide them from predators. The eggs will hatch in August and the hatchlings travel to the nearest waterway. They will reach sexual maturity at 10-15 years old. During the coldest months of the year, snapping turtles will bury themselves in the mud and slow their metabolism. They can stretch their long necks up to the surface of the water to breathe or absorb oxygen from the water and mud.