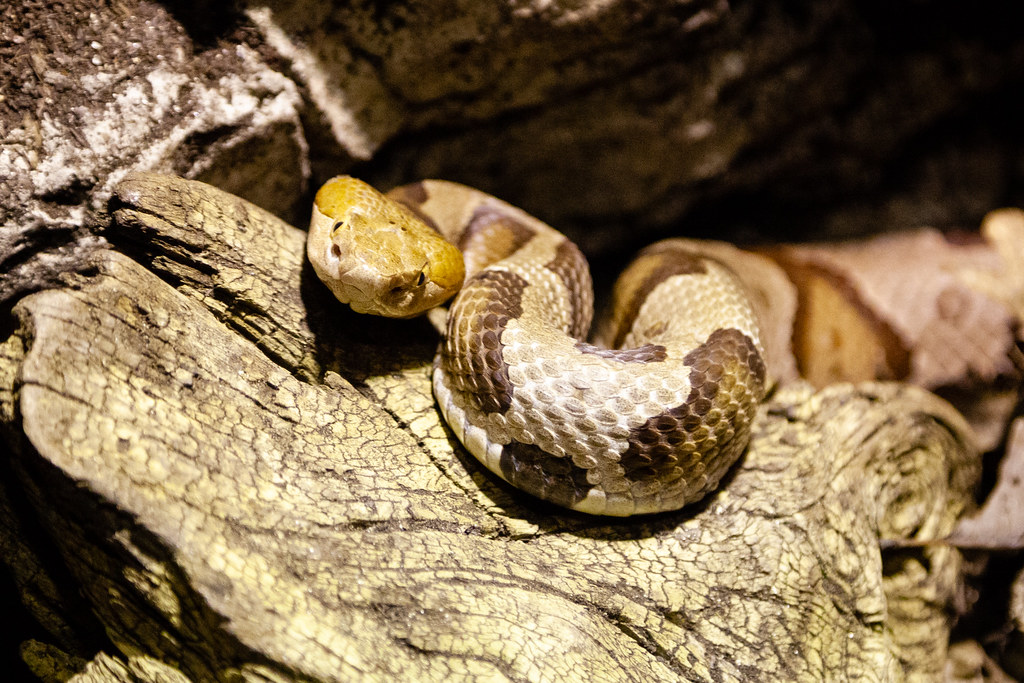 Adult copperheads reach about three feet in length. Above, a northern copperhead resides at the Virginia Living Museum in Newport News, Va., on Dec. 18, 2018. (Photo by Joan Smedinghoff/Chesapeake Bay Program) 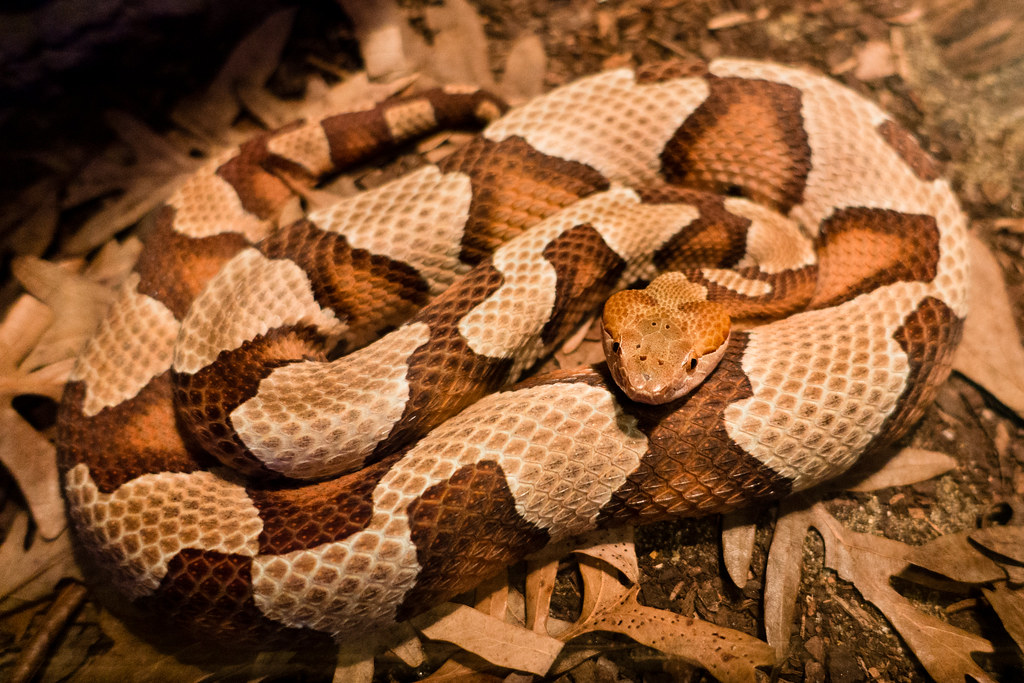 The copperhead's brown, tan and rust coloring can make these snakes difficult to spot when lying on leaves or soil. Above, a northern copperhead resides at the Virginia Living Museum in Newport News, Va., on March 9, 2016. (Photo by Will Parson/Chesapeake Bay Program) 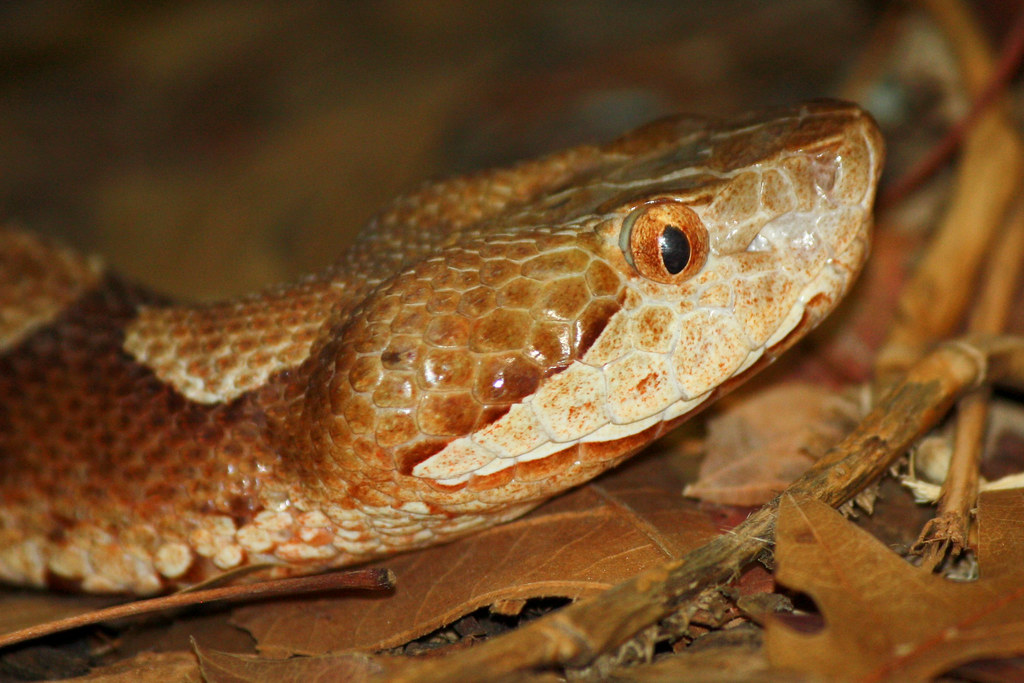 “Pit-vipers” like the copperhead have a heat-sensing pit located on their head between the eyes and nostrils. (Photo by Ltshears/Wikimedia Commons)

The copperhead snake is one of only a few venomous snakes found in the Chesapeake Bay watershed, although it is rarely lethal to humans.

The copperhead has a broad, unmarked, copper-colored head and a reddish-tan colored body with hourglass-shaped darker marks on its back. Its underside is a pinkish color. Its pupils are elliptical. Adult copperheads can reach about three feet in length. The copperhead is a “pit-viper,” which refers to the heat-sensing pit located on its head between its eye and nostrils.

Copperheads are carnivorous, eating mainly mice but also feeding on birds, snakes, amphibians and insects. Known as ambush predators, they will hide and wait in one spot for suitable prey to approach before attacking. The heat-sensing pit on their face helps in finding prey. Copperheads will inject venom to subdue their prey, making it easier to swallow whole.

Owls and hawks are the copperhead’s main predators, but opossums, raccoons and other snakes may also prey on copperheads.

Mating occurs in late spring to early summer, and can also occur in the fall. Copperheads are ovoviviparous, making fertilized eggs develop inside the female, nourished by a yolk, and young are born alive. Gestation lasts between three and nine months, depending on whether the snake undergoes hibernation before giving birth. Between two and ten young are in a single brood, depending on the female’s size. Young reach sexual maturity after four years. Copperheads live up to 18 years, on average.