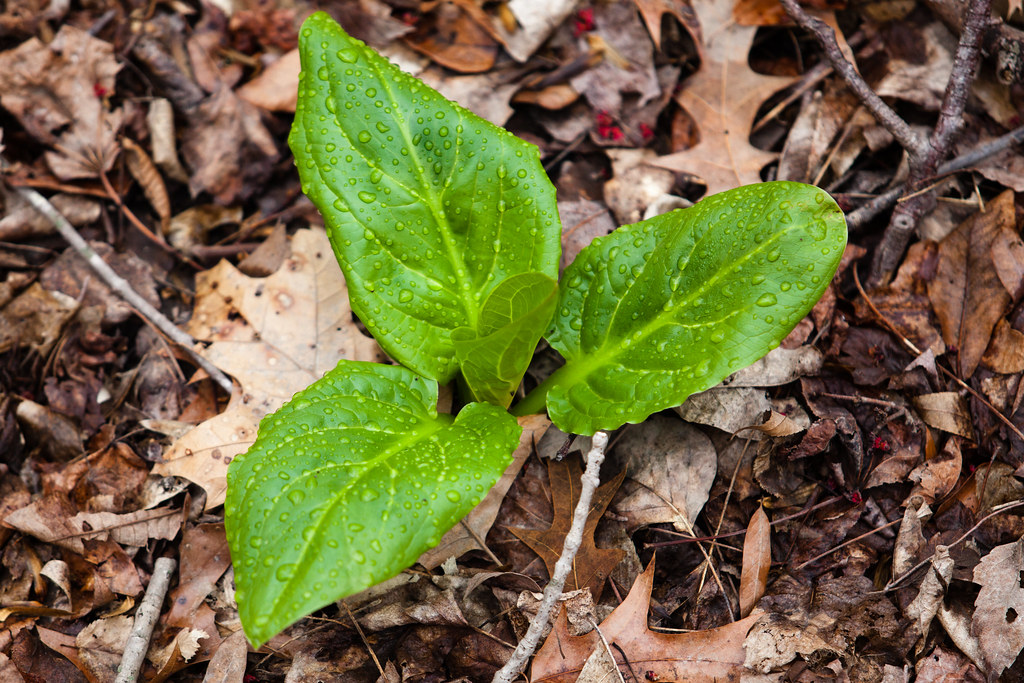 Skunk cabbage emerges from a streambank at Adkins Arboretum in Ridgely, Md., on March 13, 2016. Skunk cabbage is able to generate its own heat when flowering, in order to melt overlying snow and ice. (Photo by Will Parson/Chesapeake Bay Program) 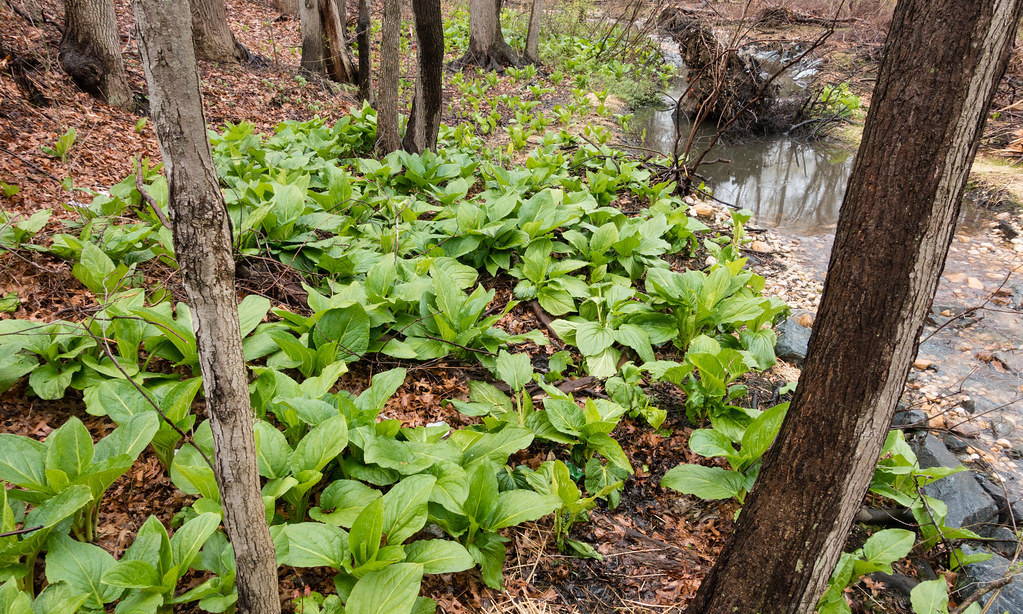 Skunk cabbage grows at the site of a stream restoration in the headwaters of Church Creek at Annapolis Harbour Center in Annapolis, Md., on April 9, 2016. (Photo by Will Parson/Chesapeake Bay Program) 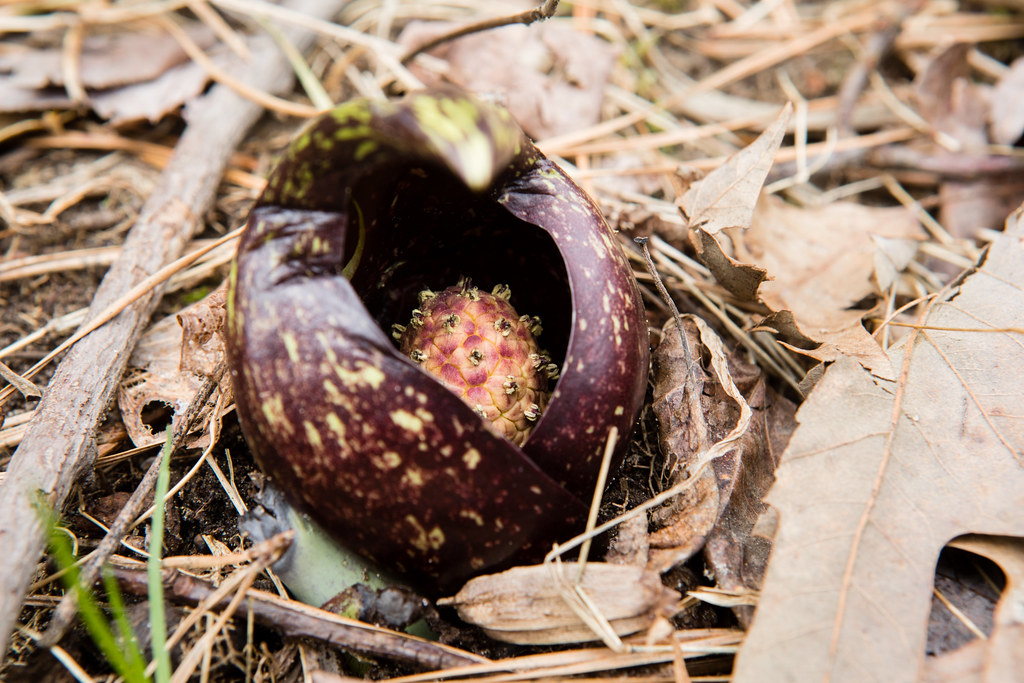 Skunk cabbage starts to emerge along the Magothy River in Anne Arundel County, Md., on Feb. 27, 2017. The foul-smelling wetland plant can actually generate its own heat to melt overlying snow in early spring, though it hasn’t really needed to this year. Skunk cabbage is great for pollinators because it blooms earlier than many other plants, providing them with food in early spring when there might not be much else around. (Photo by Will Parson/Chesapeake Bay Program)

Skunk cabbage is an early-blooming plant native to the forests, woodlands and swamps of the eastern United States.

The skunk cabbage emerges in early spring. The first thing to appear is the spathe, a single four to six-inch leaf-like structure often maroon in color with green splotches. The spathe covers the spadix, an ovate fruit-like structure. Petalless flowers can be seen on the spadix. Once the plant has been pollinated, the spathe will die and bright green leaves will emerge in a rosette. The leaves can grow to be one foot wide and three feet long. By the time the tree canopy fills in, the green leaves will die back. The plant will remain dormant until the following spring.

Snails, slugs, bears and snapping turtles will occasionally eat the leaves of the skunk cabbage.

In early spring, the skunk cabbage produces dozens of tiny flowers. The stigma, the female part of the plant is developed first and once it has been pollinated the stamen, the male part of the plant, will develop. This prevents the plant from pollinating itself and increases genetic diversity. Throughout the spring the spadix will develop seeds. The fruit will mature and fall apart to disperse seeds by the end of summer.