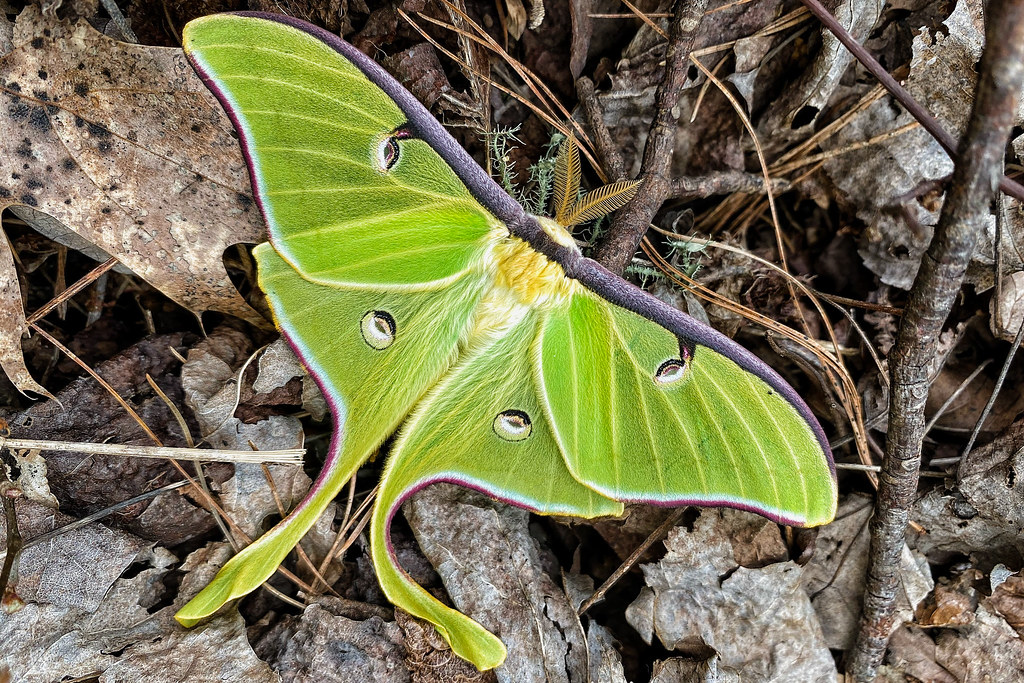 An adult luna moth is seen on the forest floor. Luna moths can be found in North America as far west as the Great Plains and along the entire East Coast. (Photo courtesy of lannaruth/iNaturalist CC BY-NC) 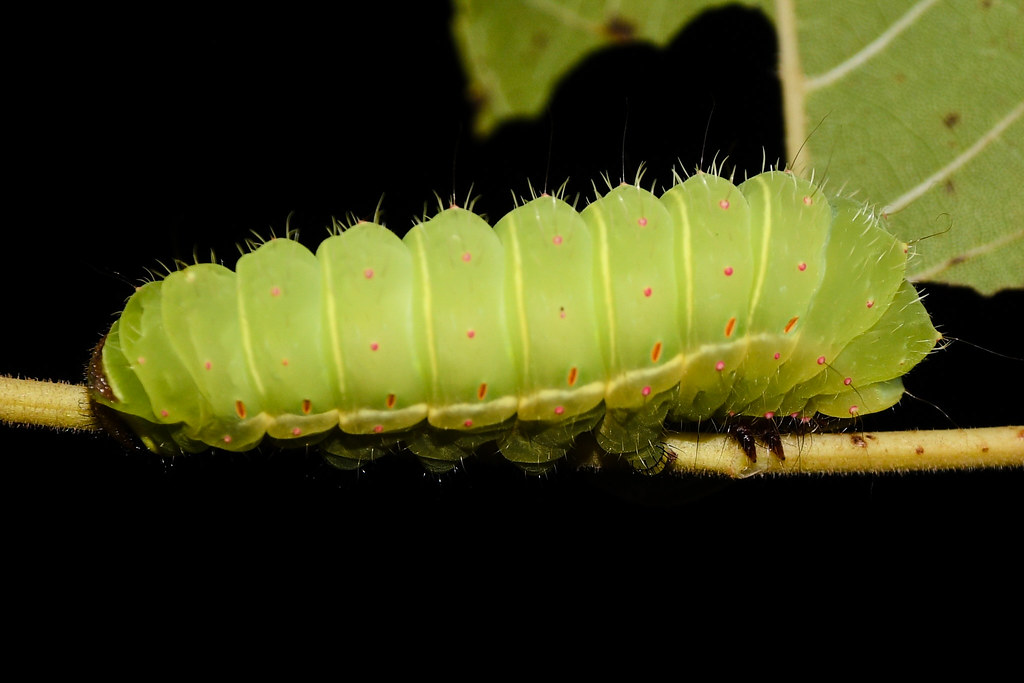 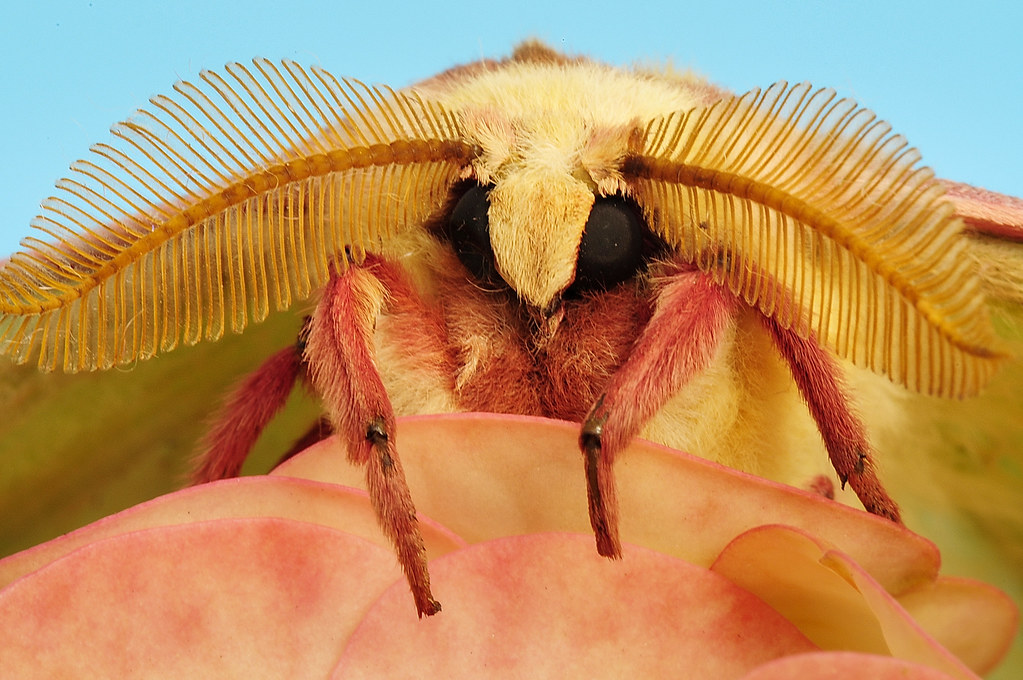 The antennae of a male luna moth, pictured, are wider than those of a female because it uses them to seek out the pheromones emitted by the female, which remains stationary as an adult. (Photo by Mike Keeling/Flickr CC BY-ND 2.0) USAGE REQUEST INFORMATION The Chesapeake Bay Program's photographic archive is available for media and non-commercial use at no charge. To request permission, send an email briefly describing the proposed use to requests@chesapeakebay.net. Please do not attach jpegs. Instead, reference the corresponding Flickr URL of the image. A photo credit mentioning the Chesapeake Bay Program is mandatory. The photograph may not be manipulated in any way or used in any way that suggests approval or endorsement of the Chesapeake Bay Program. Requestors should also respect the publicity rights of individuals photographed, and seek their consent if necessary.

The luna moth is a light green, giant silk moth that lives only one week in their adult stage.

Larvae are light green caterpillars with yellow lines down its sides and rows of small red spots. Adult luna moths have thick bodies and  green wings with a dark border on their forewings. They have an eyespot on each wing to help scare predators and have long curving hindwing “tails.”

As a caterpillar, the luna moth feeds on the leaves from many types of trees including walnut, sweet gum, persimmon and white birch. In its adult form, the luna moth does not eat which is common for silk moths. Their mouthpart, called the proboscis, is vestigial, which means it has become functionless in the course of evolution.

Bats are one of the main predators but others include owls, birds and parasitic flies. Luna moth caterpillars rear up the front of their body and make clicking noises as a defense. On the adult moth, the four eyespots confuse predators. The long tails of the moth can also disrupt echolocation that a bat uses for hunting.

In northern regions the luna moth reproduces once a year, but in a warmer climate further South they can have two or three generations in a year. They go through four stages of metamorphosis: egg, larva, pupa and winged moth.

Females lay between 200 and 400 eggs on the underside of leaves and they incubate for 7-13 days. The larvae molt multiple times over the span of 3-4 weeks and then spin a cocoon. Once in its adult phase, the luna moth lives for less than 10 days.