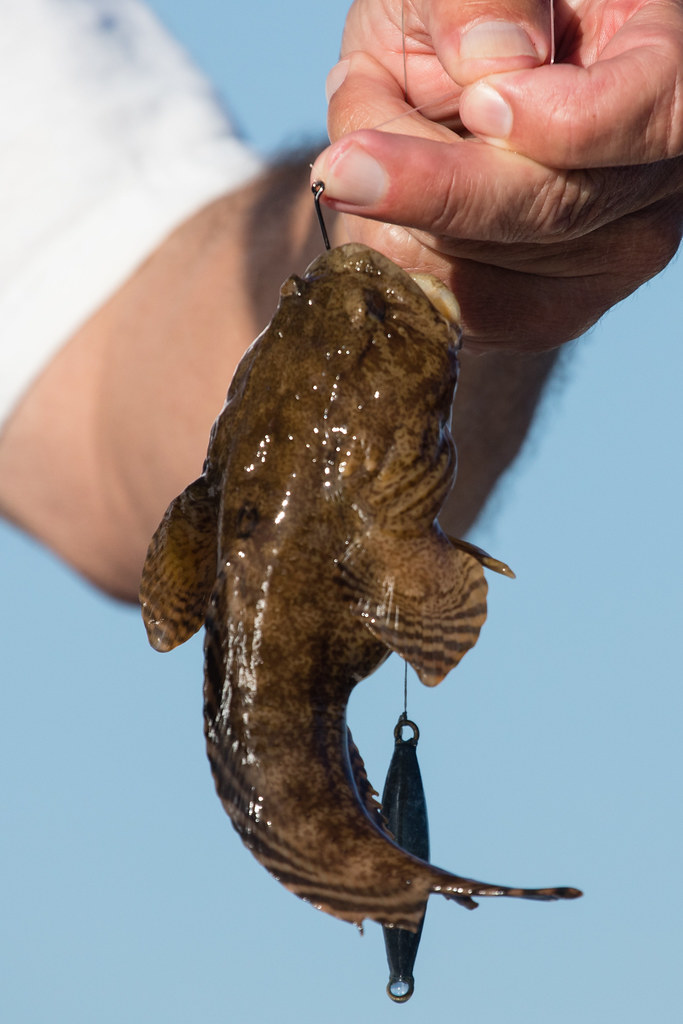 Fleshy flaps or “whiskers” appear on the toadfish's cheeks and jaws. Above, an oyster toadfish resides in an aquarium at the Virginia Institute of Marine Science (VIMS) in Gloucester Point, Va., on April 28, 2018. (Photo by Will Parson/Chesapeake Bay Program) For noncommercial use contact the Chesapeake Bay Program 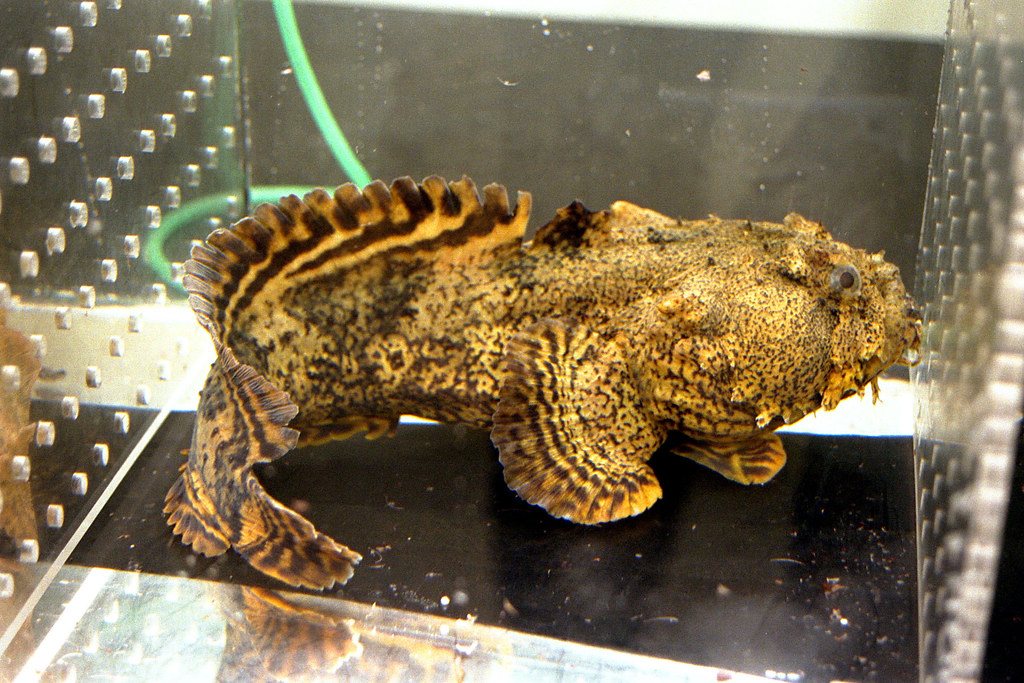 Oyster toadfish are olive-brown with dark blotches or bars. Above, NASA sent oyster toadfish like this one into space as part of the Neurolab payload on Space Shuttle Mission STS-90, in order to study the effects of microgravity on the nervous system. (Photo courtesy NASA)

The oyster toadfish is a bottom-dweller that lives year-round in oyster reefs and other shallow parts of the Chesapeake Bay.

The oyster toadfish's scaleless, flattened body grows to about 12 inches in length. It has an olive-brown back with dark blotches or bars, and a pale belly. Fleshy flaps or “whiskers” appear on its cheeks and jaws. Big, bulging eyes rest on the top of its large, flat head. Its broad mouth is filled with strong, rounded teeth.

The oyster toadfish feeds mostly on small crabs and other crustaceans but will also eat mollusks and small fish.

Spawning occurs in April through October in the Bay’s shallows. Males make a nest in a dark, secluded location, then call for a female mate. The female lays sticky eggs on the top of the nest, then leaves. Oyster toadfish eggs measure about one-fifth of an inch in diameter – the largest eggs of any fish in the Bay.

The male protects the eggs and keeps the nest clean by using his fins to fan out debris. After about one month, the eggs hatch. The tadpole-like young remain attached to the nest by a yolk. Once the yolk is fully absorbed, the male guards the young toadlets for a few more weeks, although they are free to swim in and out of the nest.