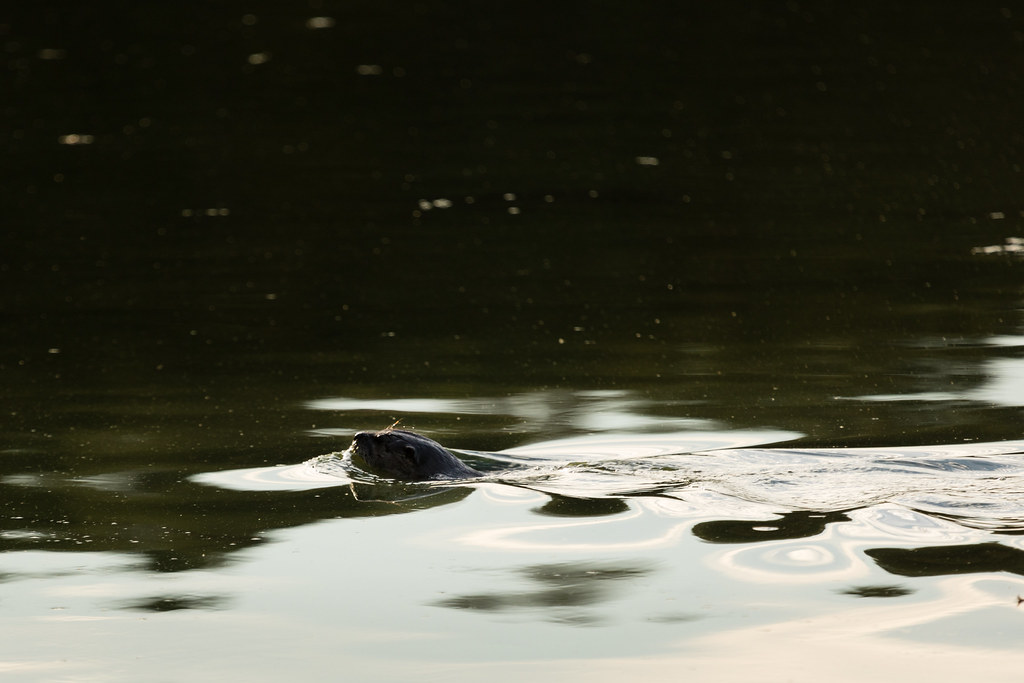 A river otter swims at Trap Pond State Park in Sussex County, Del., on Oct. 6, 2017. The park holds remnants of a vast cypress swamp that covered roughly 50,000 acres of southern Delaware before colonial times. The swamp was decimated by logging and several fires caused by the draining of wetlands. (Photo by Will Parson/Chesapeake Bay Program) 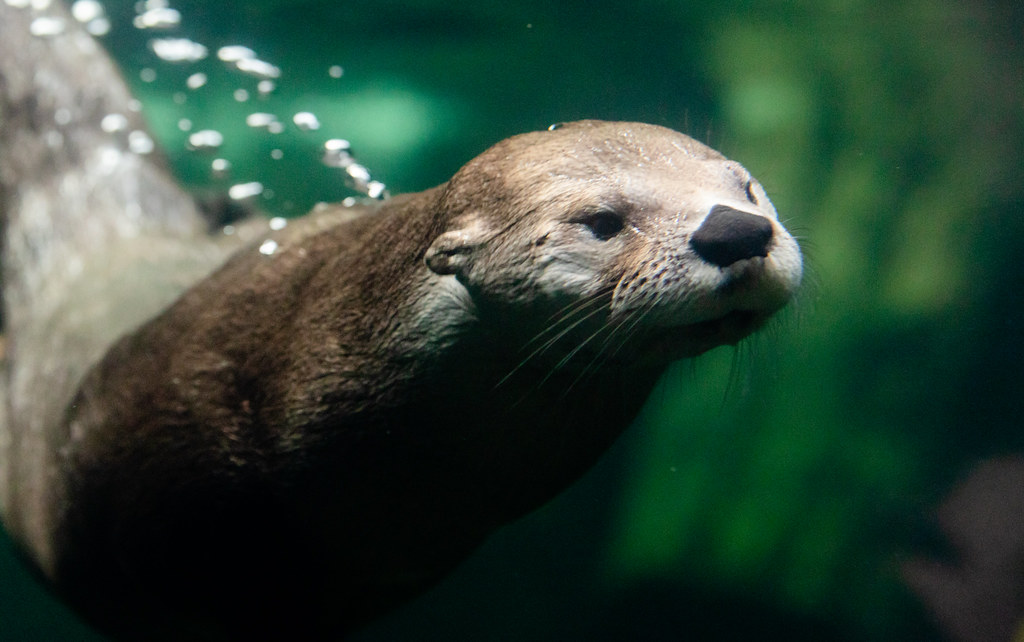 River otters are found along the shores of the Chesapeake Bay and its lakes, streams, rivers and marshes. Above, an American river otter swims at the Virginia Living Museum in Newport News, Va., on Dec. 30, 2018. (Photo by Will Parson/Chesapeake Bay Program) 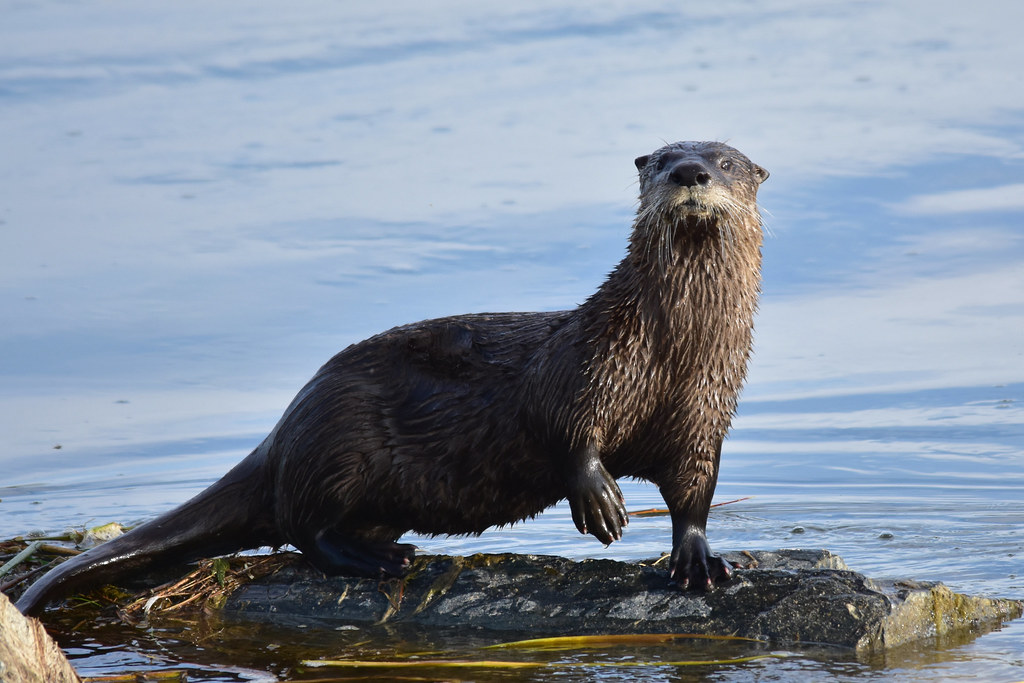 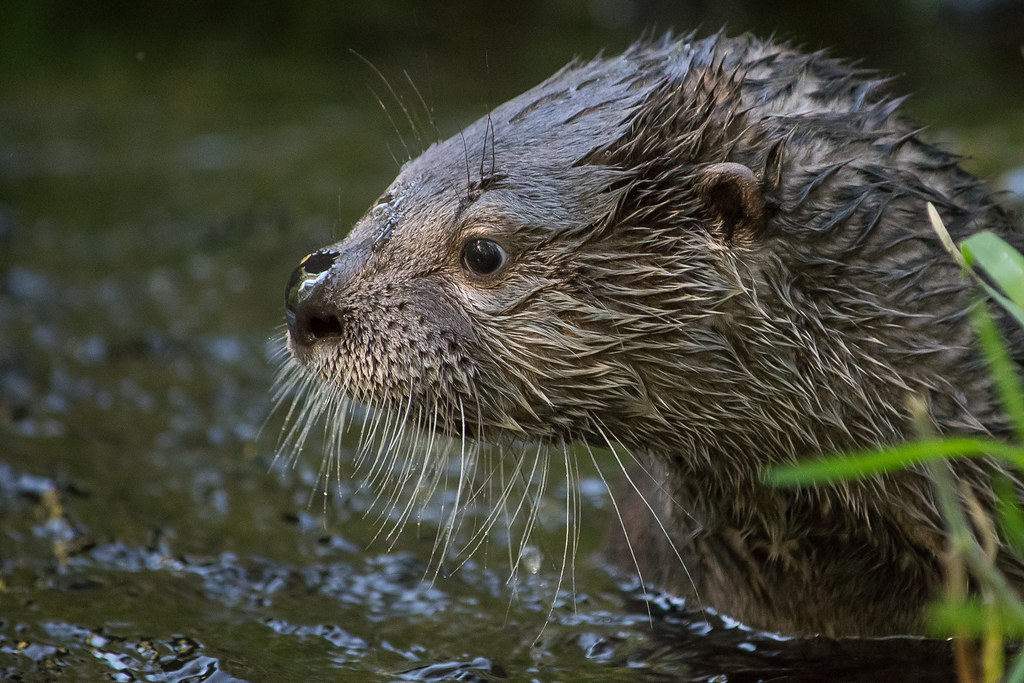 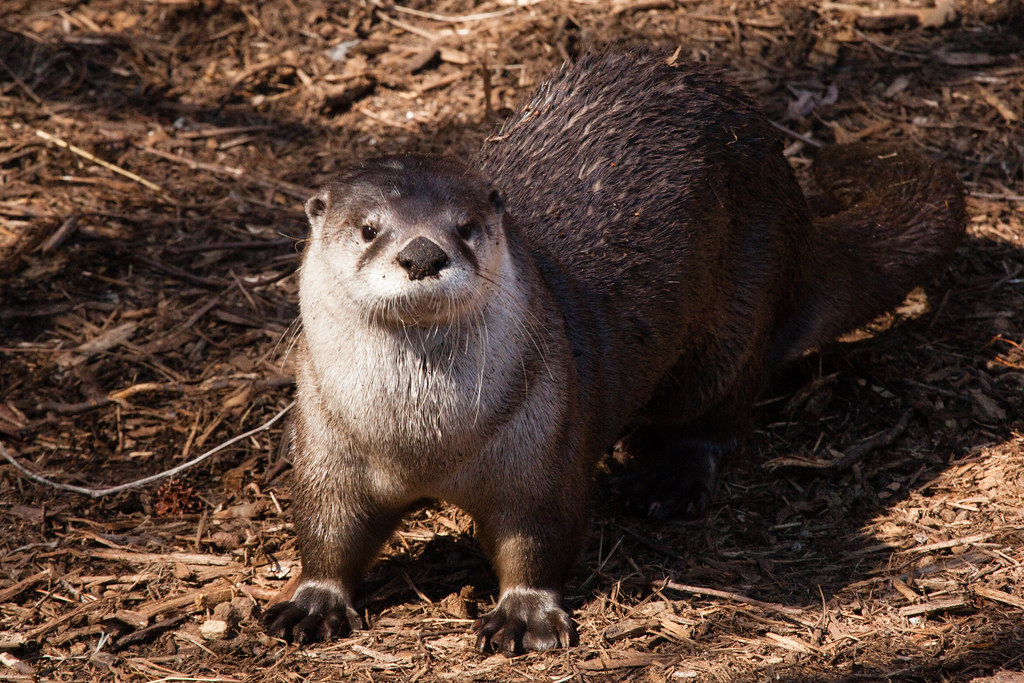 A river otter pauses after emerging from the water at the Virginia Living Museum in Newport News, Va., on March 9, 2016. (Photo by Will Parson/Chesapeake Bay Program)

The river otter is a large, brown, weasel-like mammal found along the shores of the Chesapeake Bay and lakes, streams, rivers and marshes throughout the Bay watershed.

The river otter has a long, streamlined body with dense brown fur. Its throat and belly are golden or silvery brown. It has a wide, rounded head with small ears and long, white whiskers. Its feet are webbed. It has a long tail that is thick at the base, tapers toward the tip and grows to 12 to 19 inches in length. River otters grow 26 to 40 inches in length, not including the tail, and weigh up to 18 pounds; males are approximately 17 percent larger than females.

River otters feed mostly on fish but will also eat frogs, crabs, crayfish, and small mammals such as young muskrats. They uses their long whiskers to detect prey underwater.

Sometimes preyed upon by larger animals such as birds of prey, river otters are usually able to escape from predators because they are very aware of their surroundings and agile both on land and in the water.

The river otter is able to communicate with others by whistling, growling, chuckling and screaming.

Breeding occurs in late winter and early spring. Gestation lasts 2 months, but young may not be born for up to one year after mating because of delayed implantation and development of the newly fertilized eggs. During the time between fertilization and development, the eggs receive just enough nutrients from the female to stay alive. The female gives birth to a litter of 1 to 4 young in a nesting chamber within her den. Young are born blind and fully furred; their eyes open in one month. Young are weaned at 3 months old, leave the den between 6 months and 1 year old and reach sexual maturity at 2 to 3 years old. River otters live about 8 to 9 years in the wild.