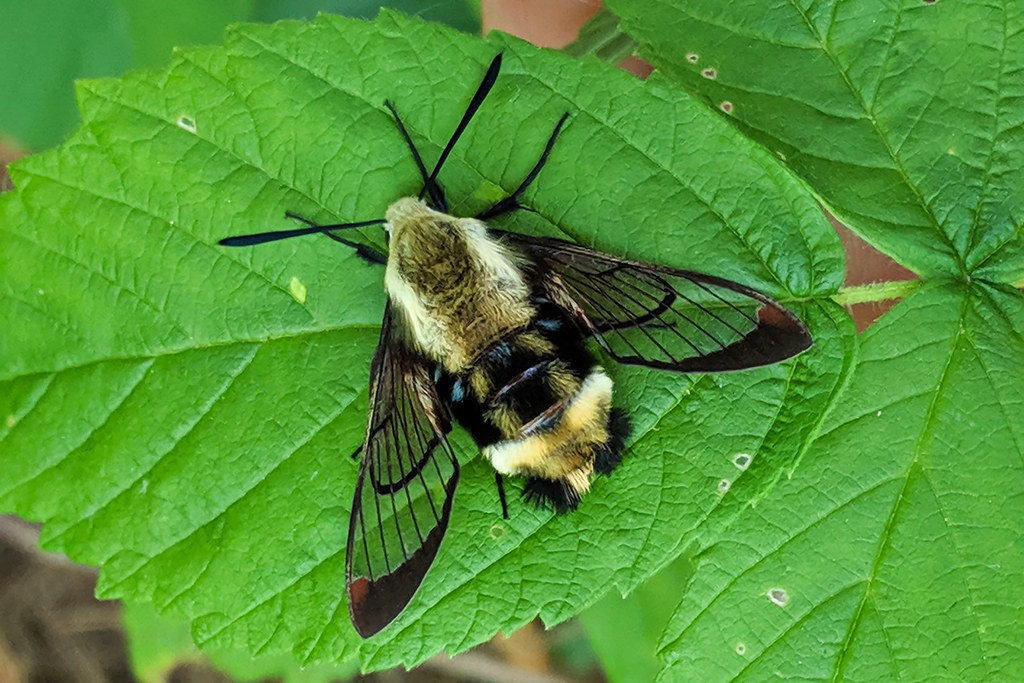 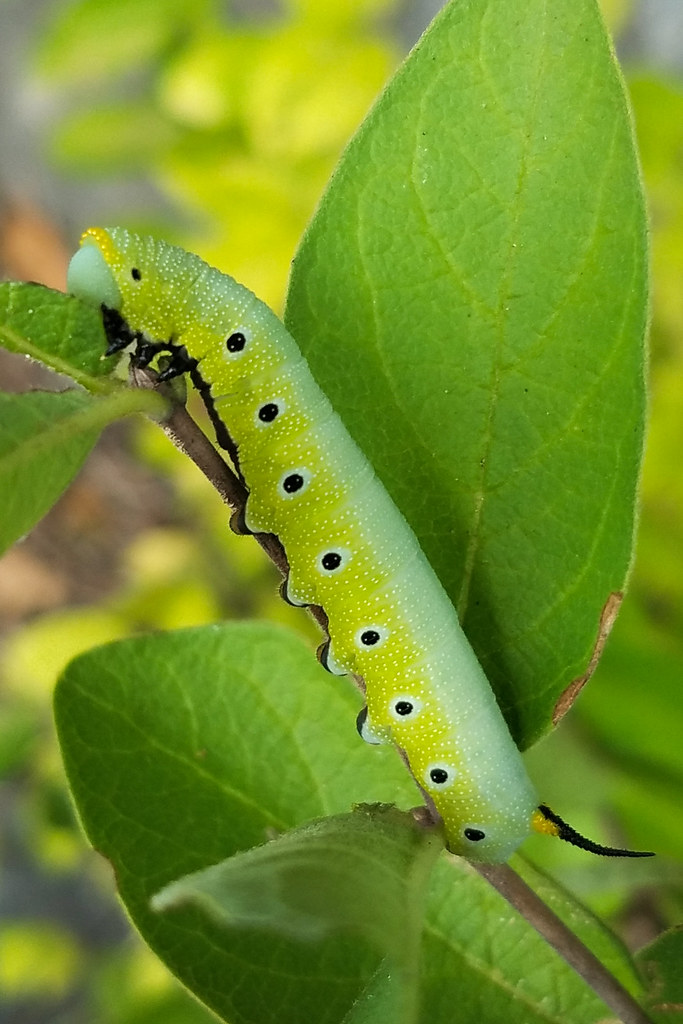 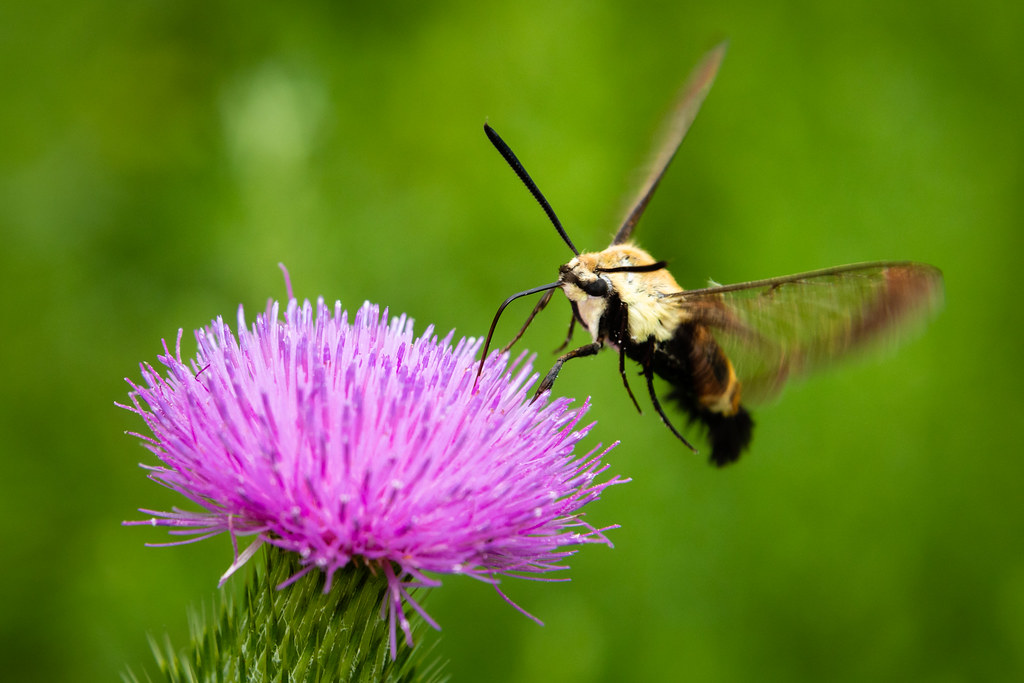 The snowberry clearwing is a type of hummingbird moth that can be found throughout the Chesapeake Bay region. It is a pollinator that hovers in front of flowers to drink nectar.

The snowberry clearwing has a stocky body about one to 1.5 inches in length. It has a broad, furry, yellow thorax and a black body with reddish-brown wings covered in scales. They often lose these scales, which gives their wings a transparent appearance—hence the name clearwing. It can be distinguished from other hummingbird moths by its black legs and the black band along the side of its thorax.

When feeding from a flower, the snowberry clearwing uses a proboscis: a straw-like tongue that unfurls from underneath its chin, allowing it to reach nectar from deep inside a flower where other insects cannot reach. It hovers in front of the flower rather than landing on it. They don’t rely on a specific plant for their nectar—rather, they feed from a variety of flowers.

Snowberry clearwings can look like hummingbirds in flight. Their rapid wingbeats allow them to hover in front of flowers and cause a similar humming sound.

Snowberry clearwings lay their eggs on plants that their larvae can eat. The eggs hatch into caterpillars, which are yellow-green to reddish-brown with large black spots along the sides and a black spiky horn on its rear. Caterpillars make their cocoons on the ground in leaf litter. They pupate throughout the winter months and emerge in late spring.