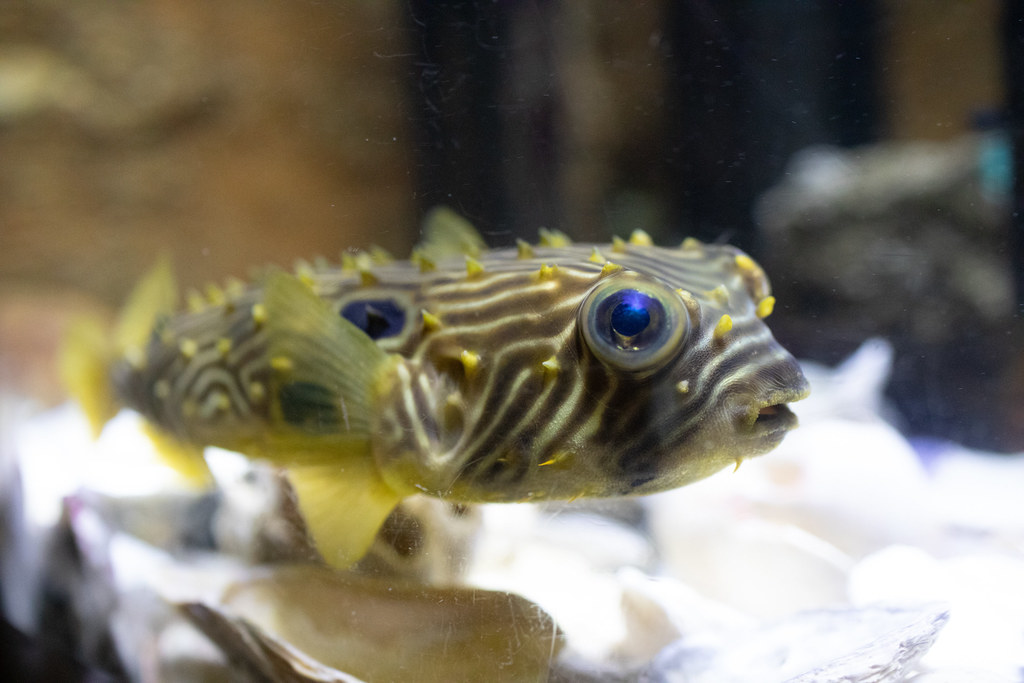 A striped burrfish (Chilomycterus schoepfi) swims at the Virginia Living Museum in Newport News, Va., on Dec. 30, 2018. (Photo by Will Parson/Chesapeake Bay Program) 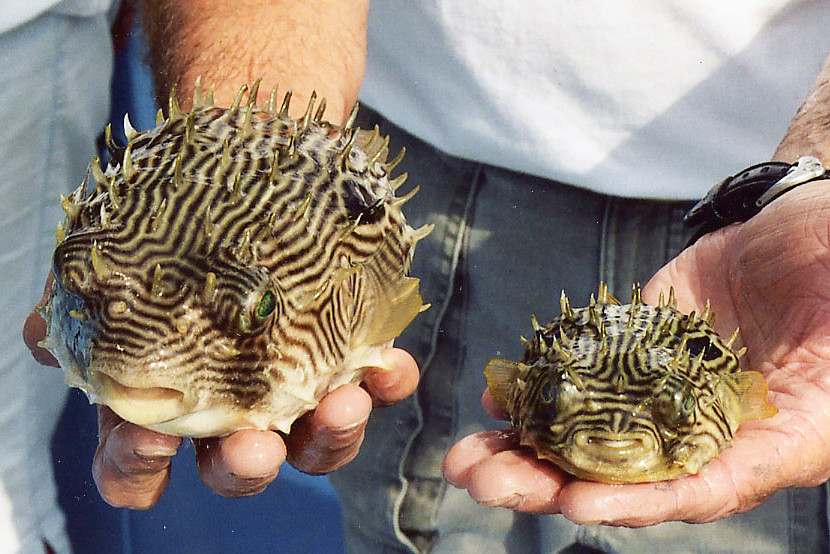 The striped burrfish is a small, yellowish-green puffer fish covered with short, sharp spines. It visits the Chesapeake Bay’s grassy flats from spring through autumn.

The striped burrfish's short, round body is yellowish-green with dark, wavy stripes and grows to 10 inches in length. Its head and body are covered with short, sharp spines. Large, dark spots appear at the base of the dorsal fin, and above and behind the pectoral fins. It has a strong, parrot-like beak.

Striped burrfish feed on invertebrates such as barnacles and hermit crabs. They use their powerful beak-like jaws to crush and consume prey, and sometimes eat prey whole – shell and all!

This fish fends off predators by puffing its body into a spiny ball.

Little is known about the reproductive cycle of the striped burrfish; it is believed to spawn offshore at night.