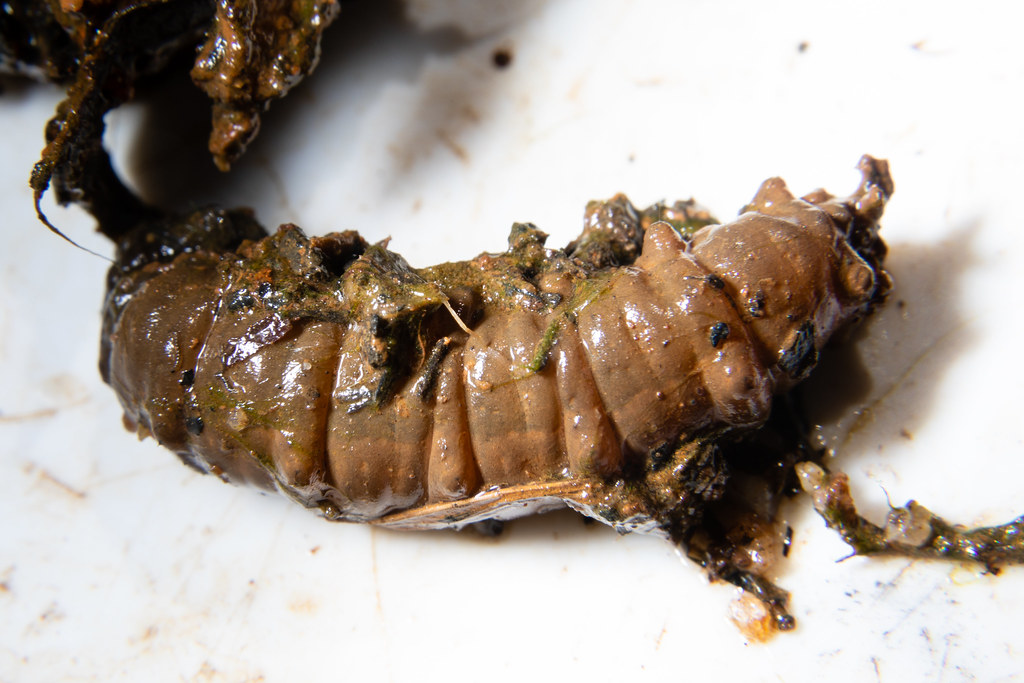 Cranefly larvae The site of a stream restoration along almost 5,000 feet of Pope Branch is home to a crane fly larvae in Southeast Washington, D.C., on March 28, 2019. The entire watershed of 1.6-mile Pope Branch falls inside the District of Columbia and feeds into the Anacostia River. The stream was restored in 2016. (Photo by Will Parson/Chesapeake Bay Program) 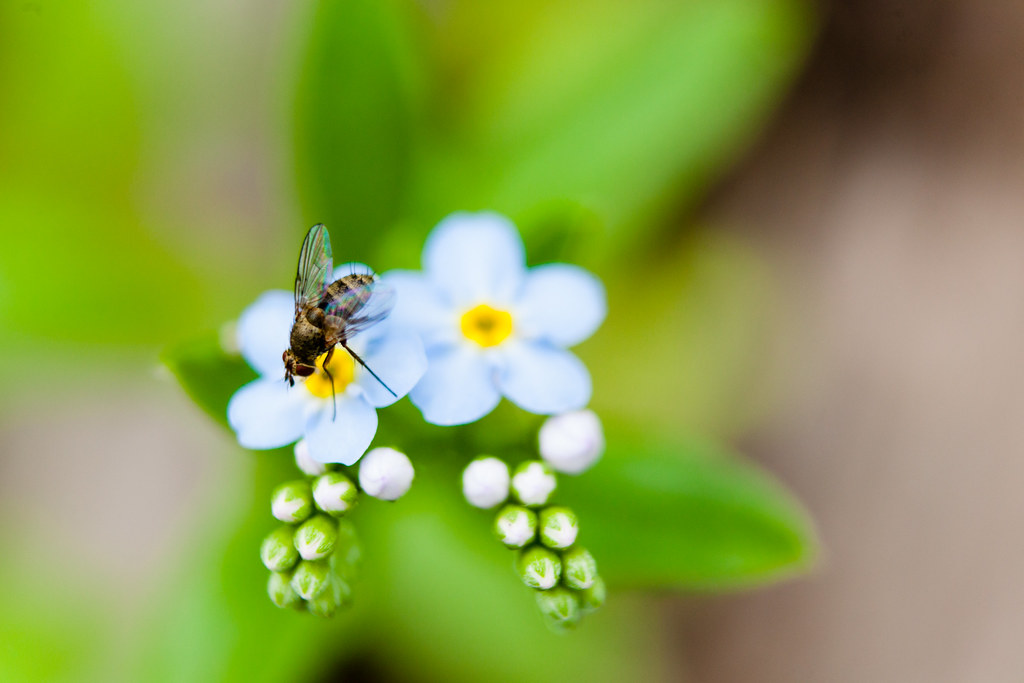 A fly visits a flower on the property of Cat Gareth on Ouleout Creek in Delaware County, N.Y., on May 29, 2015. The 14-acre property is conserved through the Otsego Land Trust based in Cooperstown. (Photo by Will Parson/Chesapeake Bay Program) 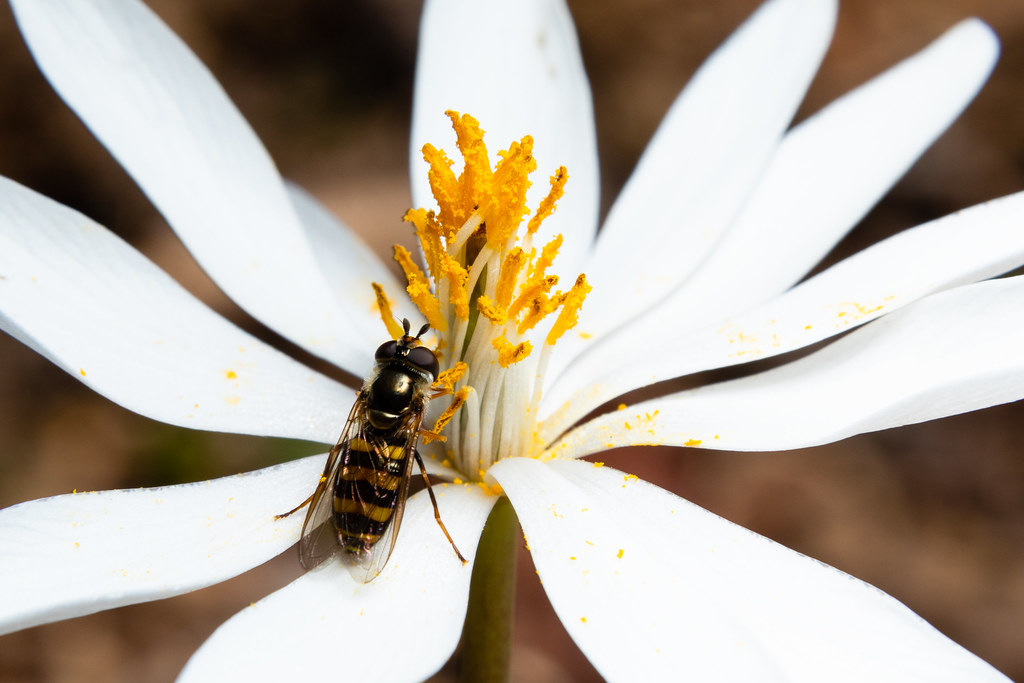 A syrphid fly visits a bloodroot plant growing in the woods at Frostburg State University in Allegany County, Md., on April 20, 2018. Bloodroot is one of the earliest spring ephemeral plants to bloom. (Photo by Will Parson/Chesapeake Bay Program)

Diptera, commonly referred to as “true flies,” are a class of two-winged insects such as mosquitos, backflies or horseflies. One of the largest insect orders, it numbers more than 125,000 species.

These insects have one pair of flight wings and a pair of modified hind wings called halteres, which are used for balancing. They have large compound eyes and the antennae are variable depending on the species.

Adults feed on plant or animal juices or other insects.

True flies are eaten by many species of birds, small mammals, frogs and toads.

The life cycle of a true fly consists of four stages: egg, larva, pupa, and adult. The process and duration of these stages varies based on species.