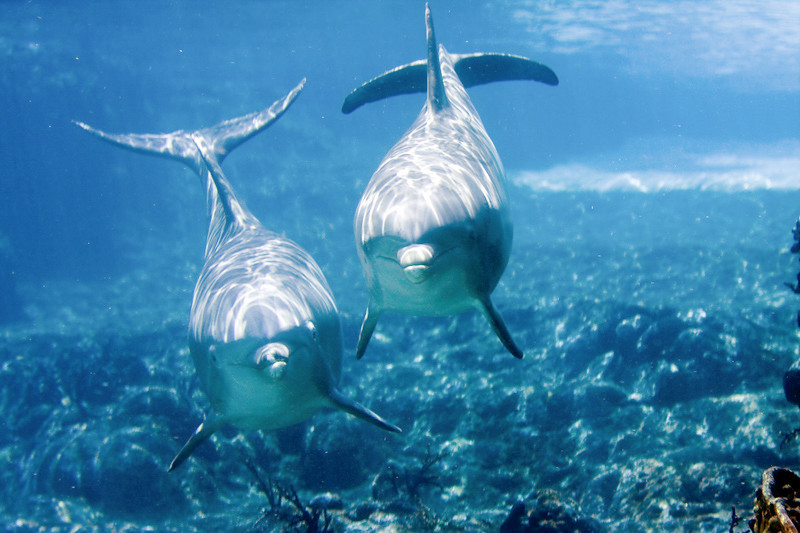 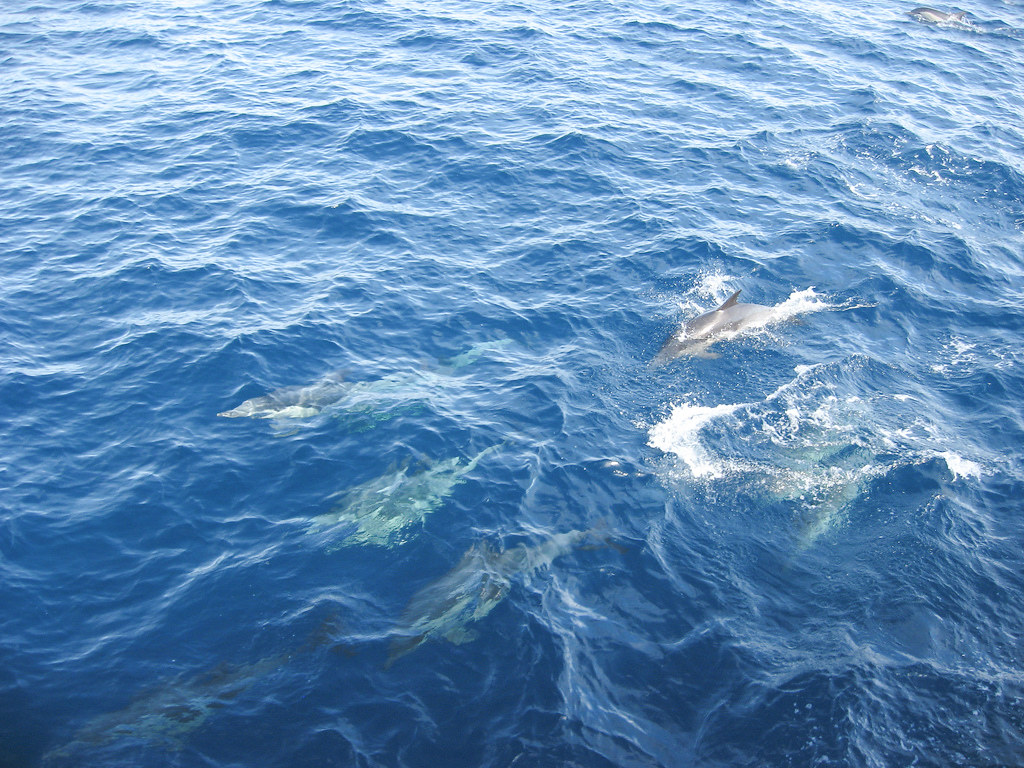 In the Chesapeake Bay, bottlenose dolphins travel in small schools, or “pods,” of 2-15 dolphins. (Ken Lund/Flickr) 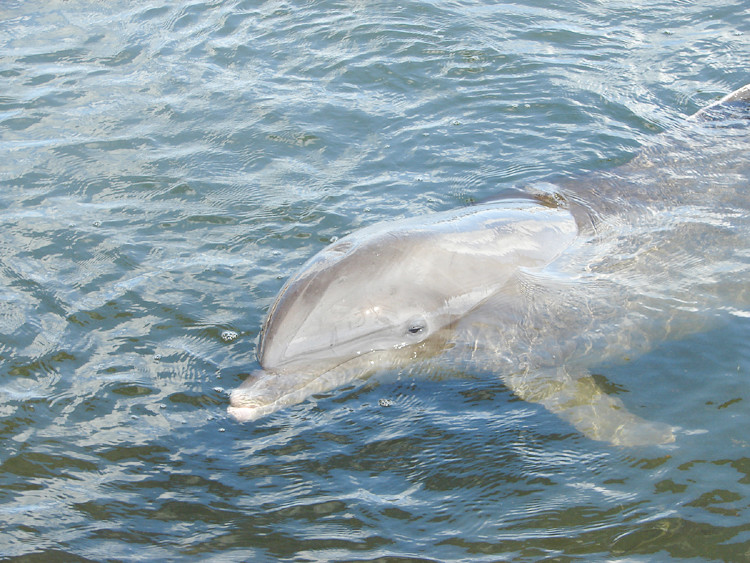 The bottlenose dolphin is a large, grayish aquatic mammal that visits the lower and middle Chesapeake Bay in summer.

The bottlenose dolphin has a slender, streamlined body that is grayish in color. Its sides and belly are slightly paler. It has a short, beak-like snout with a slightly longer lower jaw than upper jaw. It has a blowhole on the top of its head. Bottlenose dolphins can grow to 12 feet in length and weigh 300 to 400 pounds.

Bottlenose dolphins feed mostly on fish such as spot, croakers, menhaden and silver perch, but will also eat shrimp, squid, crabs and other invertebrates. They use their teeth to grasp prey, then swallow it whole.

Dolphins use sound to communicate with other dolphins, navigate through the water, watch for predators and find prey. Sounds include clicking, creaking, squeaking and whistling. Each dolphin is believed to have its own unique whistle. Puffing and hissing sounds can be heard when they exhale through their blowholes.

Mating occurs throughout the year. Females give birth to one calf every three to six years, with a gestation period of about 12 months. Calves are born in the water. During the birth, an assisting dolphin (which may be either male or female) remains close to the mother. This assisting dolphin is often the only other dolphin allowed near the newborn calf. Calves begin nursing within several hours of birth and will feed on their mother’s milk for 18 months. Females reach sexual maturity between five and 12 years old, while males mature at 10 to 12 years old. Bottlenose dolphins usually live about 20 to 25 years, but some may live longer than 40 years.