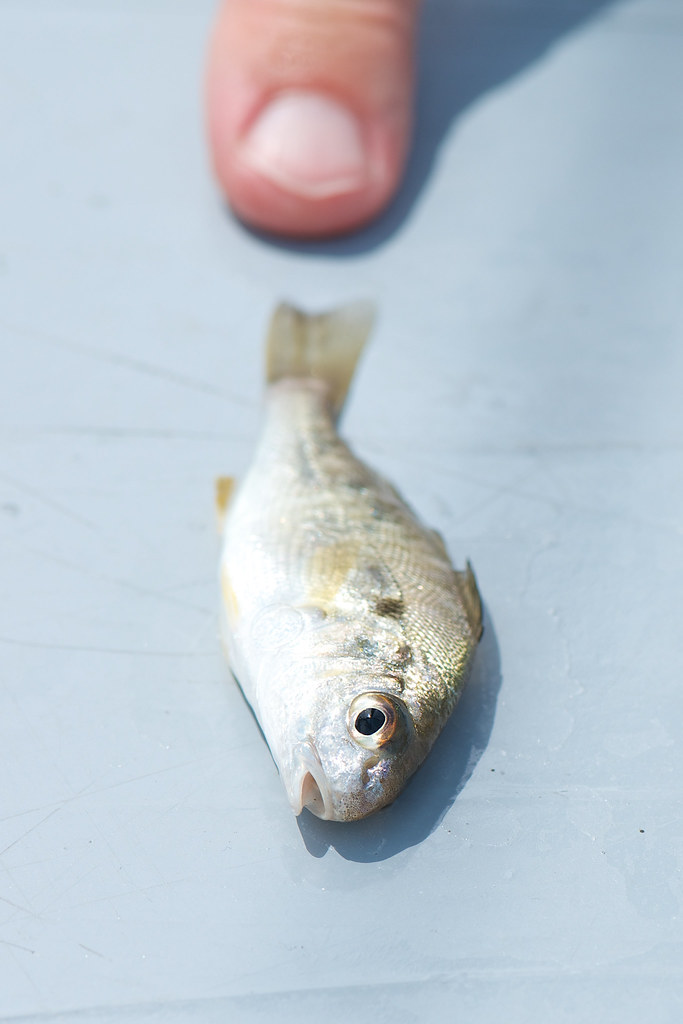 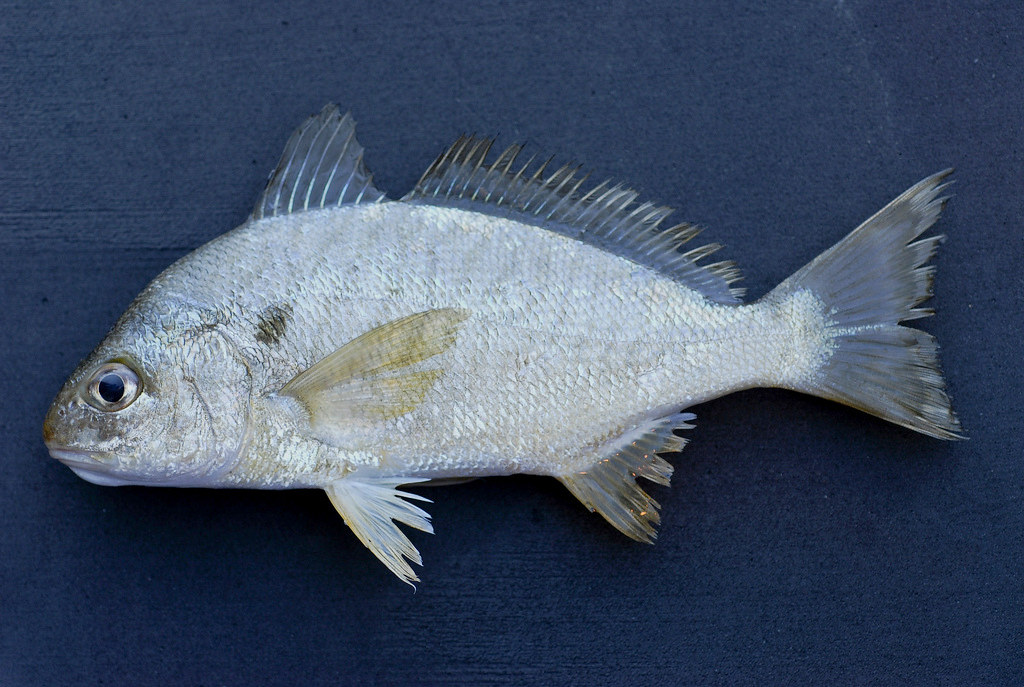 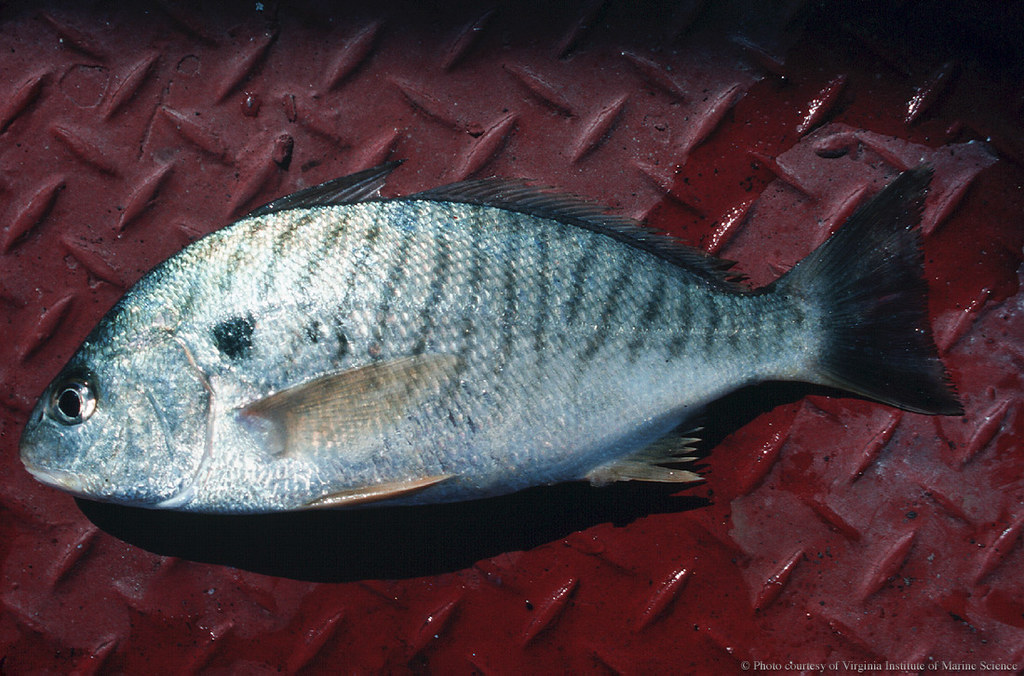 Spot have 12-15 dark, angled bars across the back. (Virginia Institute of Marine Science)

Spot are small, feisty fish with a distinctive large, black spot near the gill opening. They are common from spring through autumn in the shallow waters of the middle and lower Chesapeake Bay.

The spot has a bluish-gray body with a brassy white belly and 12 to 15 dark, angled bars across its back. It has a distinctive large, black spot near its gill opening. It has pale fins, a deep notch in its dorsal fin and a forked tail fin. Its high, rounded back slopes down to a small head. Its lower jaw has no teeth. Spot grow to 11 to 12 inches in length.

Larger fish such as bluefish, weakfish and striped bass prey upon spot, as do sharks such as smooth dogfish, sandbar sharks and sand tiger sharks.

Spawning occurs over the continental shelf from late September through March. After spawning, adults may stay offshore. Tiny larvae enter the Bay and move to freshwater shallows and tidal creeks, where they stay and grow throughout the summer. Most young leave the Bay by December. Spot mature at two to three years old and can live for five years, but they rarely live longer than three years.