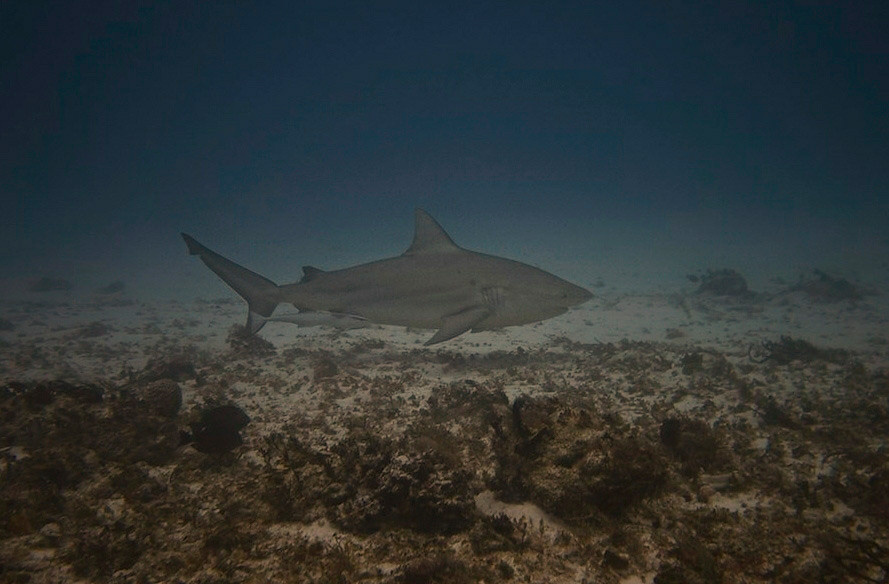 Bull sharks are stout, gray sharks that can range from 7 to 11.5 feet in length and weigh between 200 and 500 pounds. The sharks are a summertime visitor to the Chesapeake Bay.

Bull sharks range from 7 to 11.5 feet in length, can weigh between 200 and 500 pounds. Females grow larger than males. The top side of the shark ranges in color from pale to dark gray, fading to white on underside. Bull sharks have short, blunt snouts. Their first dorsal fins are large and broadly triangular, while their second dorsal fins are significantly smaller than the first. Pectoral fins are large and angular. Younger sharks have black tips on their fins.

Young can fall victim to tiger sharks, sandbar sharks and other bull sharks.

Bull sharks reach sexual maturity between the ages of 8 and 10. They breed in brackish waters in summer months. Females give birth to a litter of between one and 13 live young after a 10 to 11-month pregnancy period. Bull sharks can live to be at least 14 years old.