The leaves on Dutchman’s breeches are dense and fern-like. (Photo courtesy Jinjian Liang under a CC BY-NC-ND 2.0 license) 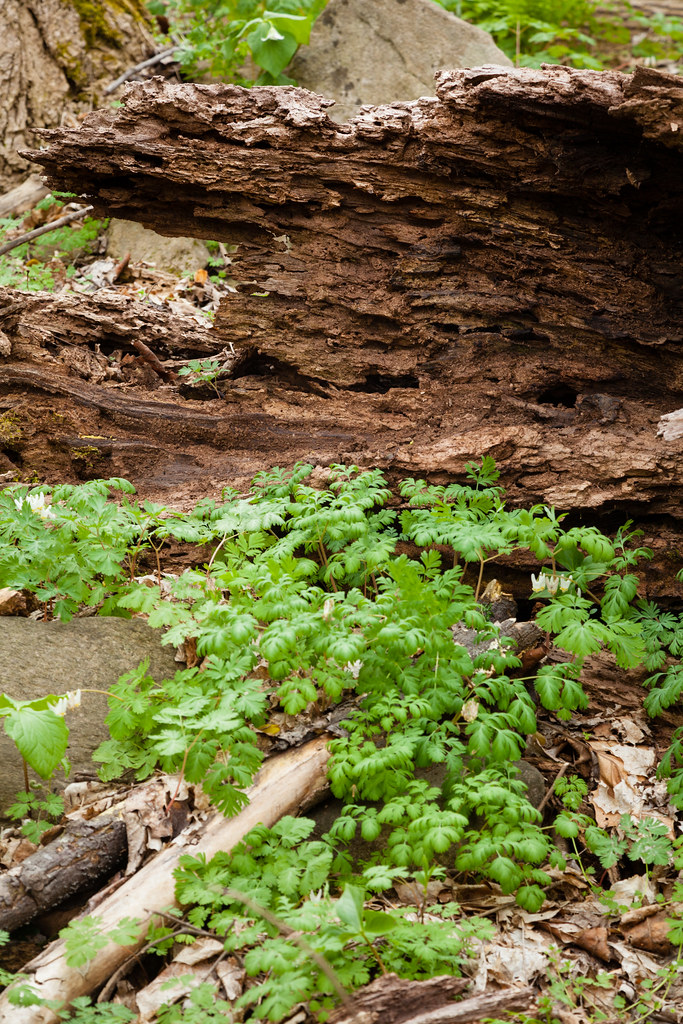 Dutchman’s breeches grow in shady woodlands throughout the watershed. Above, Dutchman's breeches grow at Susquehanna State Park in Harford County, Md., on April 19, 2016. (Photo by Will Parson/Chesapeake Bay Program) 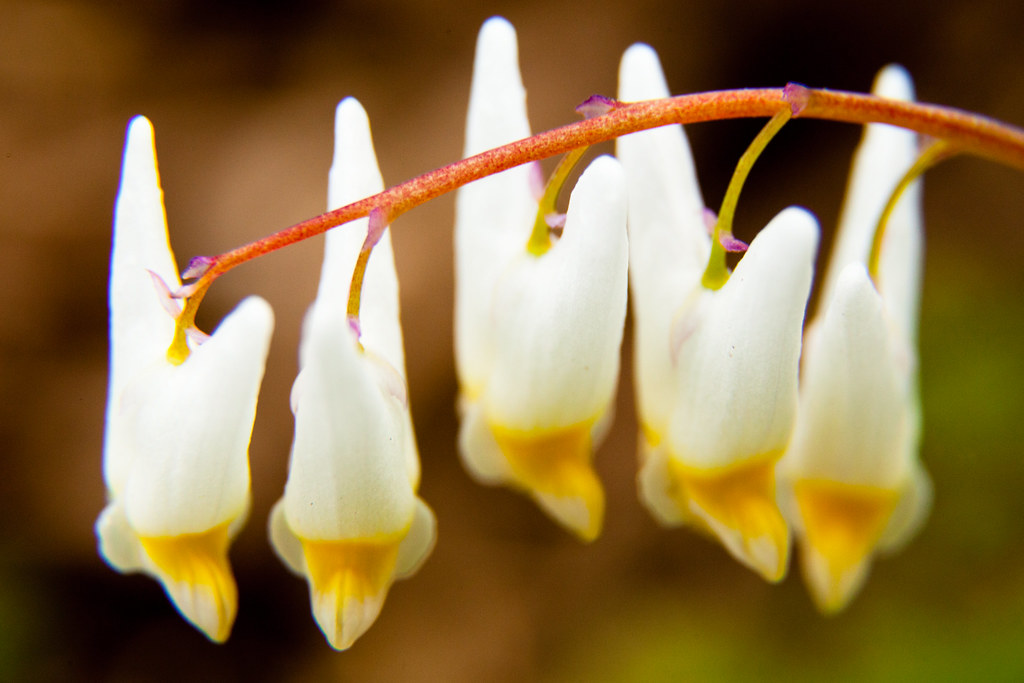 The flowers on Dutchman’s breeches are double-spurred, making them resemble pantaloons. Above, Dutchman's breeches bloom at Susquehanna State Park in Harford County, Md., on April 19, 2016. (Photo by Will Parson/Chesapeake Bay Program)

Dutchman’s breeches are native perennials with white flowers that look like tiny pantaloons. They can be found in woodlands throughout the watershed.

The leaves of the plant are dense and fern-like. The stalks are bare, leading to clusters of white flowers. The flowers are double-spurred and resemble small pantaloons. The plant usually grows to be one foot tall.

Dutchman’s breeches are pollinated by bumblebees, which have a long enough proboscis, or straw-like tongue, to reach the nectar of the flower. The flowers bloom in early spring, from March to April, and the plant goes dormant during the early summer.