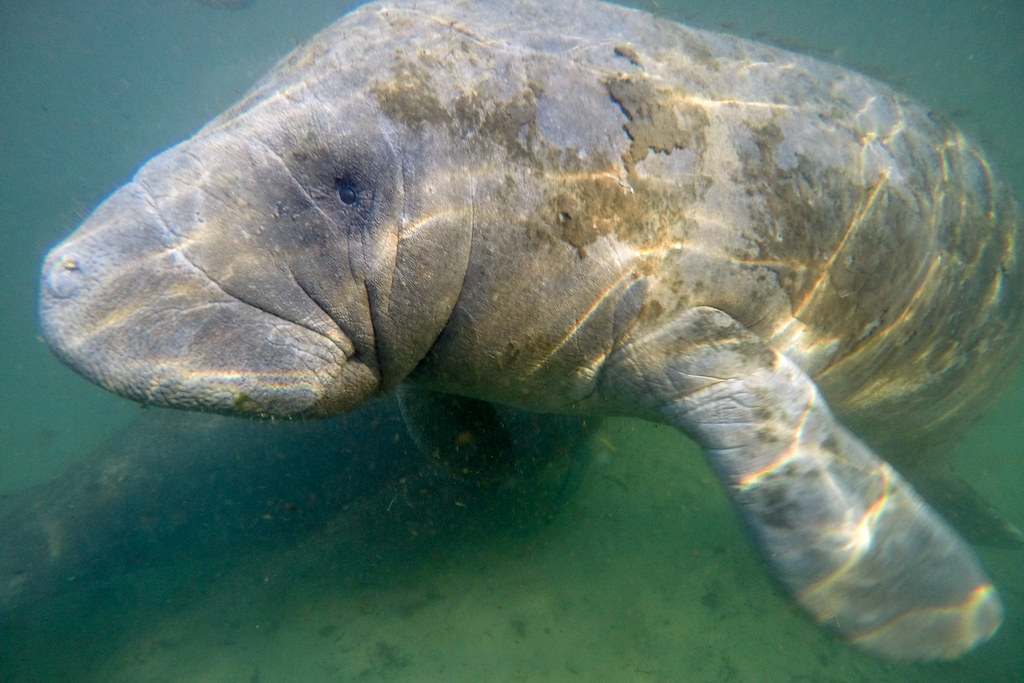 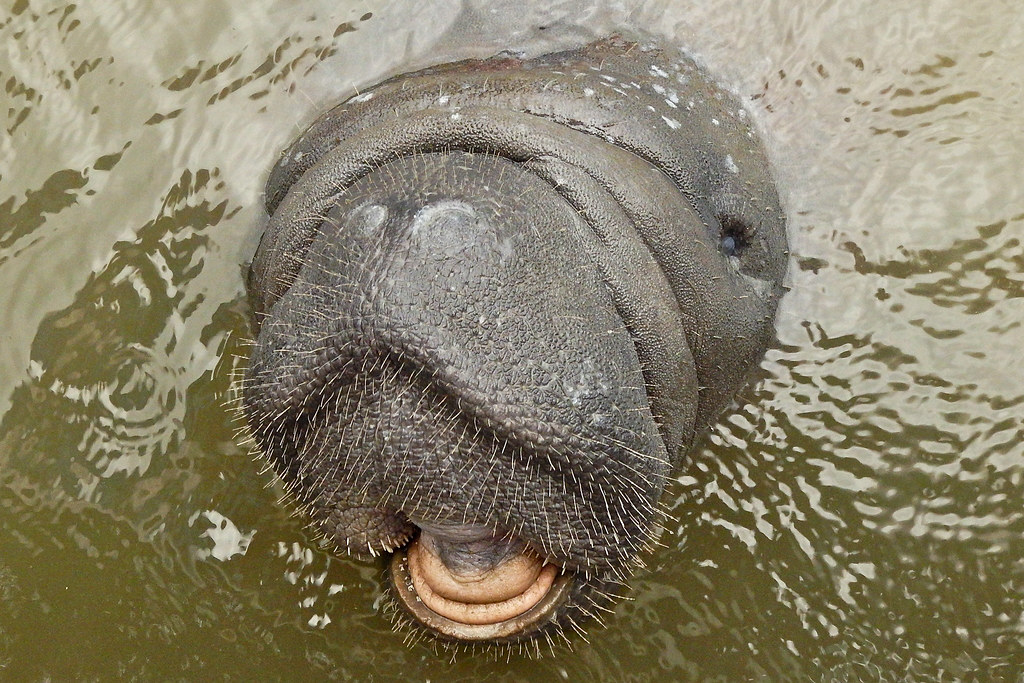 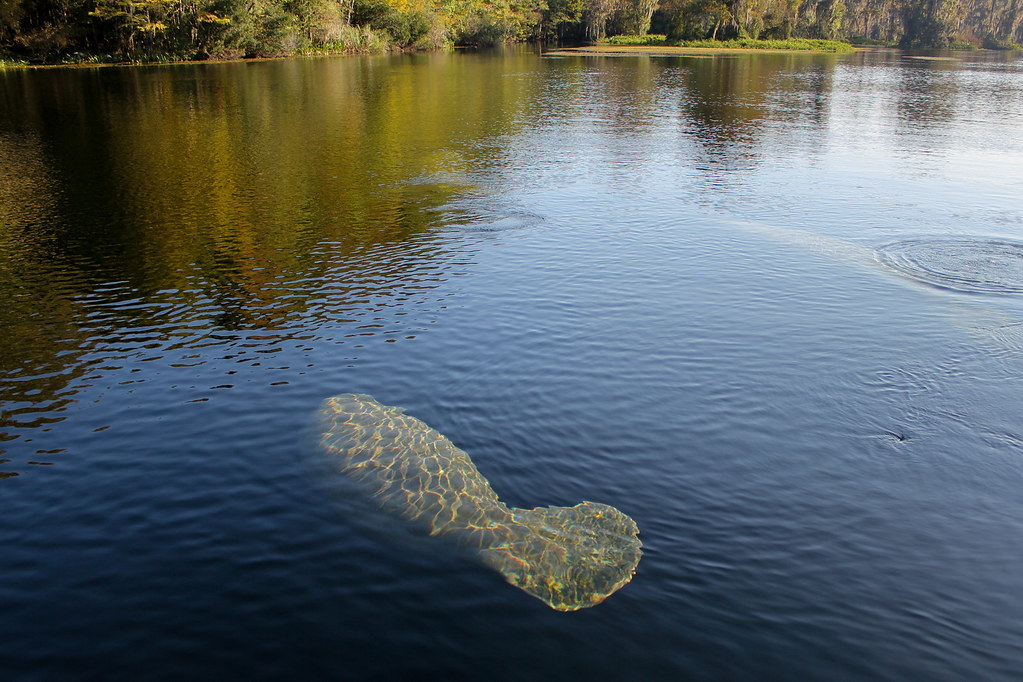 Manatees often swim close to the water’s surface because they breathe oxygen from the air. (Photo courtesy gciracalnat/iNaturalist CC BY-NC) 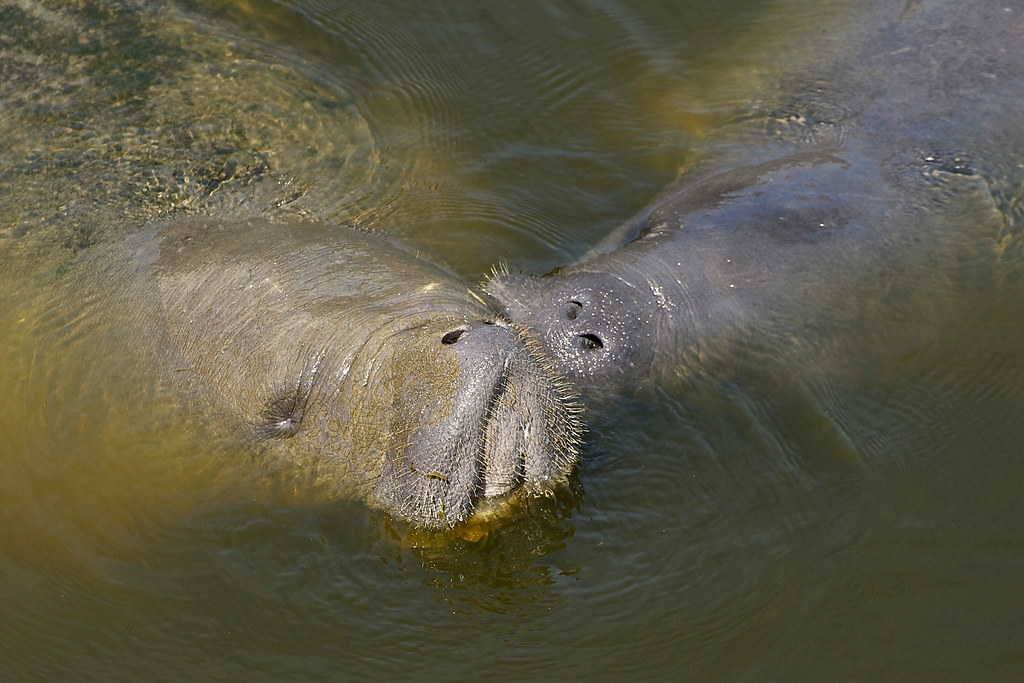 The Florida manatee is a large, gray aquatic mammal that occasionally visits the Chesapeake Bay’s shallow waters in summer.

The Florida manatee has thick, grayish skin and sparse hairs all over its body. Its front flippers have jointed bones and three to four nails at the ends, and it has a large, fan-like tail. It has small, widely set eyes and a flexible, double-lobed upper lip covered with whiskers. It grows to be nine to ten feet in length and weighs 800 to 2,200 pounds, with females larger than males.

The Florida manatee feeds on bay grasses such as coontail, eelgrass, hydrilla and Eurasian watermilfoil. It uses its specialized lips to grasp plants and pass food into its mouth and will eat approximately eight to ten percent of its body weight every day.

Manatees communicate by using calls that have been described as squeaks, chirps or grunts. The way the call sounds depends on the situation and the reason the manatee is communicating.

Males form mating herds of up to 20 manatees, which will pursue a female that is ready to reproduce. The gestation period lasts 12 to 14 months. Females gives birth to a single calf, which is usually able to swim within an hour. Calves depend on their mothers for about two months. They drink her milk for about three weeks before starting to eat plants. Manatees usually live about eight to 11 years in the wild, but can live up to 60 years.