Winter flounders can reach two feet in length and six pounds in weight, although inshore specimens (like those found in the Chesapeake Bay) are often eight to 16 inches. (Herbie Robinson/Flickr) 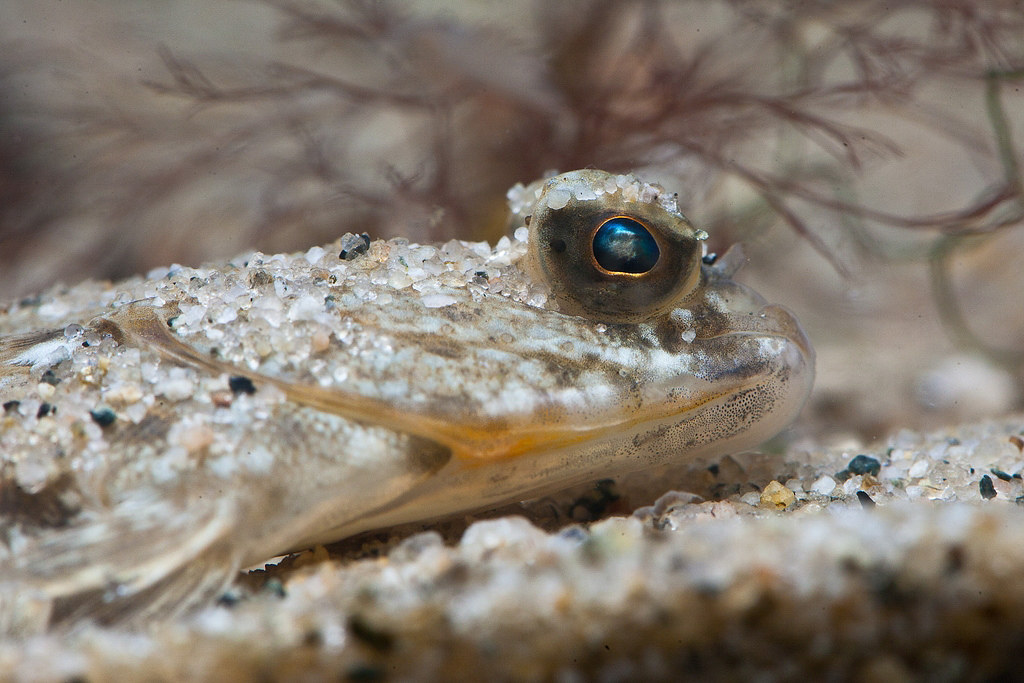 The winter flounder's small head and mouth are located on the right side of its body. (Eric Heupel/Flickr)

The winter flounder's flat, elliptical body bears small head and mouth on right side, making it a "rightside flatfish." Its distinct pectoral fin is present just behind the gill opening, and it has a separate small pelvic fin present on its belly. Adults can reach two feet in length and six pounds in weight, although inshore specimens (like those found in the Chesapeake Bay) are often eight to 16 inches.

The color pattern of the "dark side" (the side of the fish that faces up) can change depending on the color and pattern of the surrounding substrate, ranging from reddish brown to olive green to almost black. Its underside is white. It has small teeth present on the left side of each jaw.

Its flat body allows it to lie half-buried in bottom sands or silts, dark side up, alert for passing prey. It feeds on small crustaceans and worms.

Spawning occurs in nearshore and estuarine waters from late winter to early spring.  Females usually produce between 500,000 to 1.5 million eggs, which they deposit on sandy bottoms and algae mats at night. After hatching, larvae have eyes on both sides of their head.

In five to six weeks, they settle to the bottom and begin their metamorphosis. After a few weeks, their left eye migrates to the right side of their body, completing their transformation into juvenile flounder. Winter flounder can live 15 to 18 years.