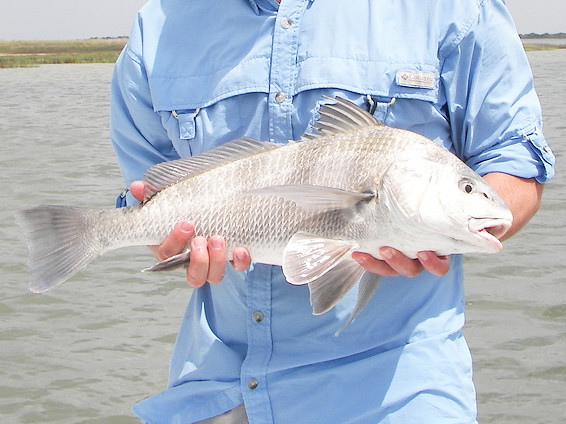 Black drums are a popular sport fish. The best time to catch one is during a full moon using soft crab as bait. (Jake Bean/Flickr) 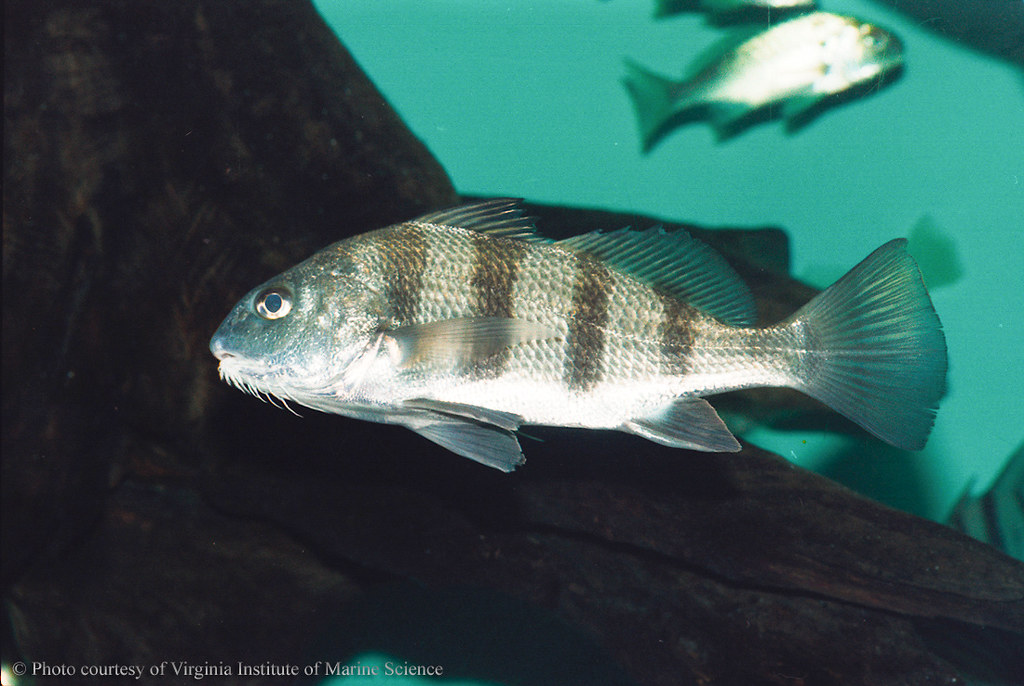 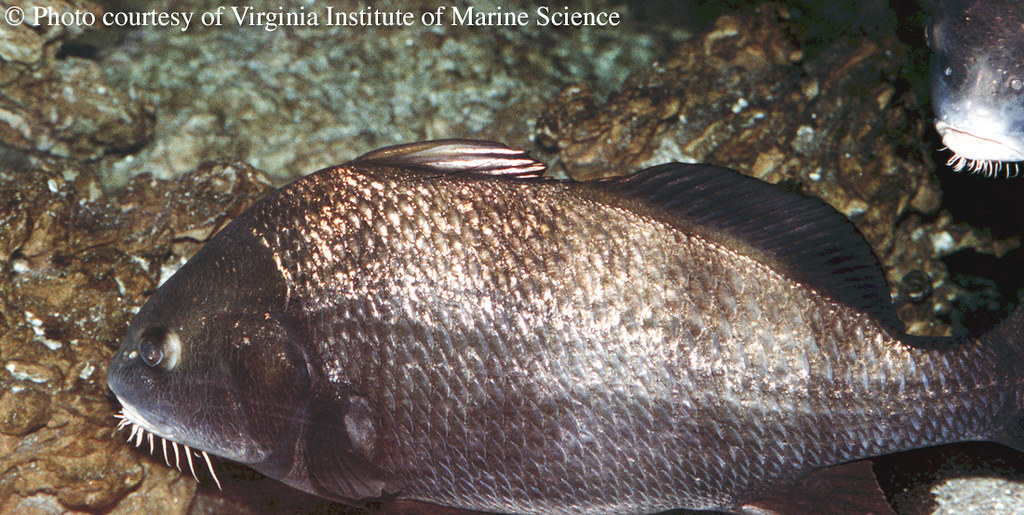 Black drums have many small barbels on the lower chin. They use the barbels to sense for prey along the Bay's bottom. (Virginia Institute of Marine Science) 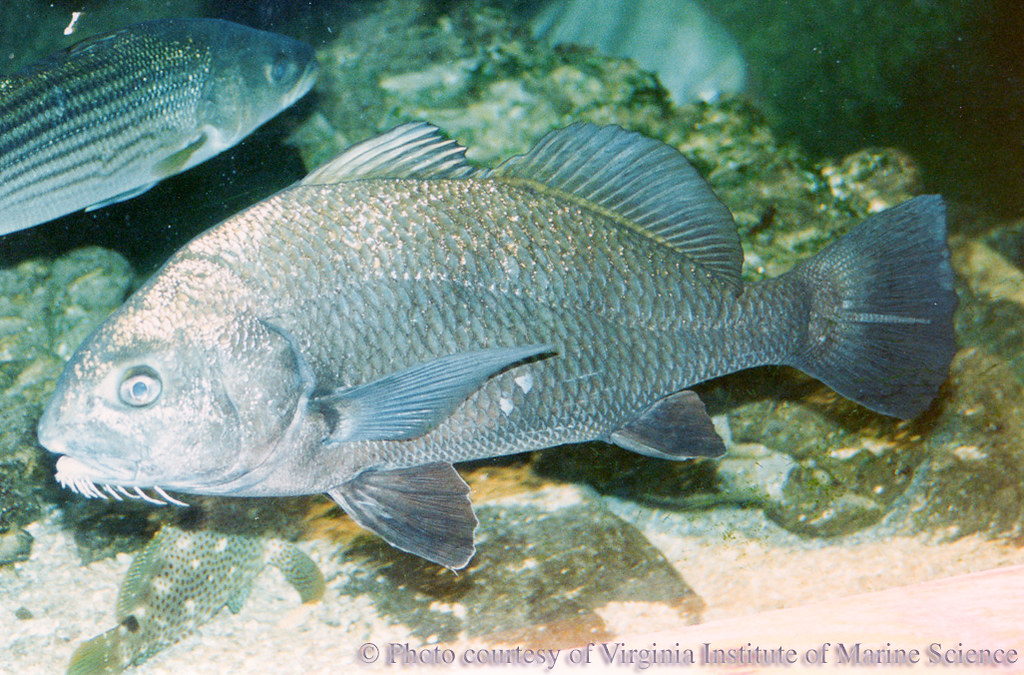 Black drums have a high, rounded back, a deep notch in the dorsal fin and many small barbels on the lower chin. (Virginia Institute of Marine Science)

The black drum is a silvery-gray, bottom-dwelling fish that visits the Chesapeake Bay from spring through autumn. It is one of the largest fish in the Bay.

The black drum has a dark, silvery-gray body with a brassy sheen. It grows 40 to 60 inches in length and weighs between 50 to 100 pounds. It has a grayish belly, black fins and a high, rounded back. Many small barbels appear on its lower chin, and it has cobblestone-like teeth plates. A deep notch appears in its dorsal fin. Juveniles have four to five black vertical bars on their sides.

Bottom-feeders, black drum prey upon mollusks and crustaceans such as clams, oysters and crabs. Black drum use their chin barbels (whiskerlike sensory organs) to sense for prey and use their strong teeth plates to crush the hard shells open.

Sharks likely feed on black drum. Juveniles are preyed upon by seatrouts, jacks and other large fish.

Spawning occurs April to June in waters off Cape Charles, Virginia. Females can lay eggs every three days during the spawning season. After spawning, adults move further into the Bay to feed. Eggs hatch within 24 hours. After a few weeks, young take on the shape of adults. Black drum are mature at 4 years old. They can live as long as 40 to 50 years.